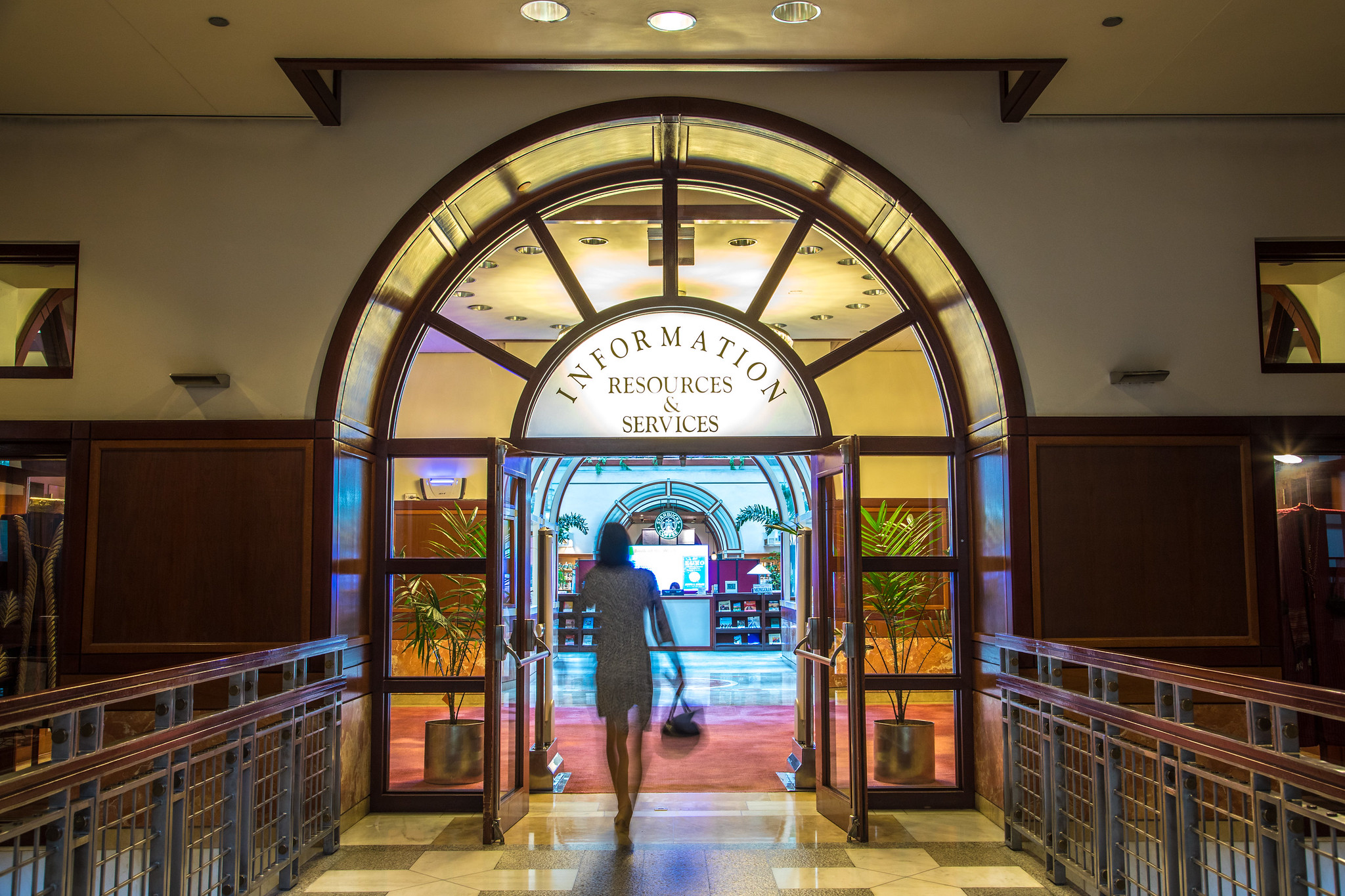 The library at ADB’s headquarters in the Philippines

The relationship between language and neocolonialism in the aid industry

Throughout our work on patriarchy and power, we intersectional feminists learn that the first step towards change is the acknowledgement and recognition of our own situation of power and privilege. Only through this process can we analyse with lucidity the situation we are embedded in, and eventually propose strategies that can challenge the status quo. We also learn that most of the time there is no magnificent strategy in front of us, but a series of small steps that could, together, build change.

Following this encouraging insight, in this blog I bring attention to language as a tool of power in the aid industry. This idea is carved into my wider study on the link between international aid and neocolonialism.

I first provide some examples of how language, around the world, was used by colonising actors as a tool of power and oppression. I then bring this statement to the world of international aid, and finally I suggest some actions that could challenge this practice and contribute to breaking the neocolonial pattern that too often underlies aid dynamics and practices.

Language is not only an instrument of communication or even of knowledge, but also an instrument of power. A person speaks not only to be understood but also to be believed, obeyed, respected, distinguished. Hence the full definition of competence as the right to speech, i.e. to the legitimate language, the authorized language which is also the language of authority. Competence implies the power to impose reception.

As a young humanitarian professional, I spent five years on the Korean peninsula. In South and North Korea (officially, the Republic of Korea and the Democratic People’s Republic of Korea, respectively), I had the pleasure to spend time with senior citizens who had a direct memory of the colonial experience. The Japanese occupation of Korea, which began in 1905, was still alive in their minds, and so was the difficult and complex liberation process, which led to the still existing division of Korea.

All the people I met recalled, among other things, how violent it was to be obliged to renounce their native language – Korean – in official realms, in favour of Japanese. Their feeling was often so strong that they were startled and concerned by the fascination that young Koreans (especially South Koreans) feel for Japan and its language: Japanese is, for those survivors, still the language of colonisation.

This experience was for me the first proof of the connection between language and power. Language is a tool, and as a tool it can be used in many different ways.

Today, the fight for rights of non-binary persons in many countries of the Global North is centred on the need to adapt language to the existence of people who do not identify themselves with the gender binary he/she. I am conscious that for some this could seem a minor problem, but it is not: it is difficult to be a rights holder if there is not even a word that can identify us. And history has told us that when rights are limited to certain categories, they are not rights but privileges.

If this example still looks too far away from international assistance, I will provide a different one. As of today, UN and international NGO offices, as well as offices of governments with bilateral agreements, are places where the language of the country where these organisations work has little presence.

More and more often, especially after the World Humanitarian Summit in 2016, we speak about localisation. However, languages from the Global North, especially English and French, have – for obvious reasons linked to the extension of colonies in Africa and Asia – become Esperantos of our sector. But there is one big difference. While Esperanto was developed to unify the people of the world and destroy cultural barriers, the use of English and French divides and deepens the gap. It is basically impossible to work in the aid sector if we don’t master at least one of these languages.

Even more concerning is the fact that most of the donors engaged in both the development and humanitarian sectors produce guidelines that are in their own language, usually a language spoken in the Global North. Guidelines in the local language are not provided; money for translation is often not considered among allowable costs; calls for proposals need to be answered in the donor’s preferred language; and NGOs (national and international) are left to deal with the impossible task of translating – into a ‘neutral’ language – issues that are often not translatable.

No language is neutral, and language is the expression of a culture. It is therefore almost impossible to perfectly translate a concept from one language to another, especially if complex issues are involved, as they usually are in this sector.

The choice of one language over another is not a neutral choice. It is part of an agenda-setting mechanism which too often excludes, or leaves behind, those who should be the subject of the action. This choice contributes to making the recipients of aid passive and voiceless – voiceless because even when speaking, they would not be understood. Obliging recipients to be passive is equal to not considering them as full rights holders.

How can we change this? One possibility would be for donors to become more flexible, relieving aid agencies from the burden of strict financial cycles, and only issuing calls when guidelines in local languages are available. This would perhaps be a significant undertaking for a few transitional years, but all actors would quickly adapt, and the quality of proposals would increase. Accepting documents in local languages would trigger a positive effect on recruitment, as knowing the donor’s language would not be so important anymore, and aid agencies would likely soon stop using their ubiquitous Esperanto.

A second, quicker and perhaps intermediate possibility, is to provide aid agencies with time and budget for appropriate translation. This would not sort out the power imbalance underlined by language, but could at least mitigate it.

But before taking any step, a deep, honest, internal analysis on methodologies, and on power and privilege, needs to be carried out by the Global North’s actors.

Carla Vitantonio
Humanitarian professional and author Carla Vitantonio works as Country Representative for an international NGO in Cuba. Over the last 10 years she has worked with governmental and non-governmental organisations in North Korea, China, Myanmar, Thailand and Cuba.