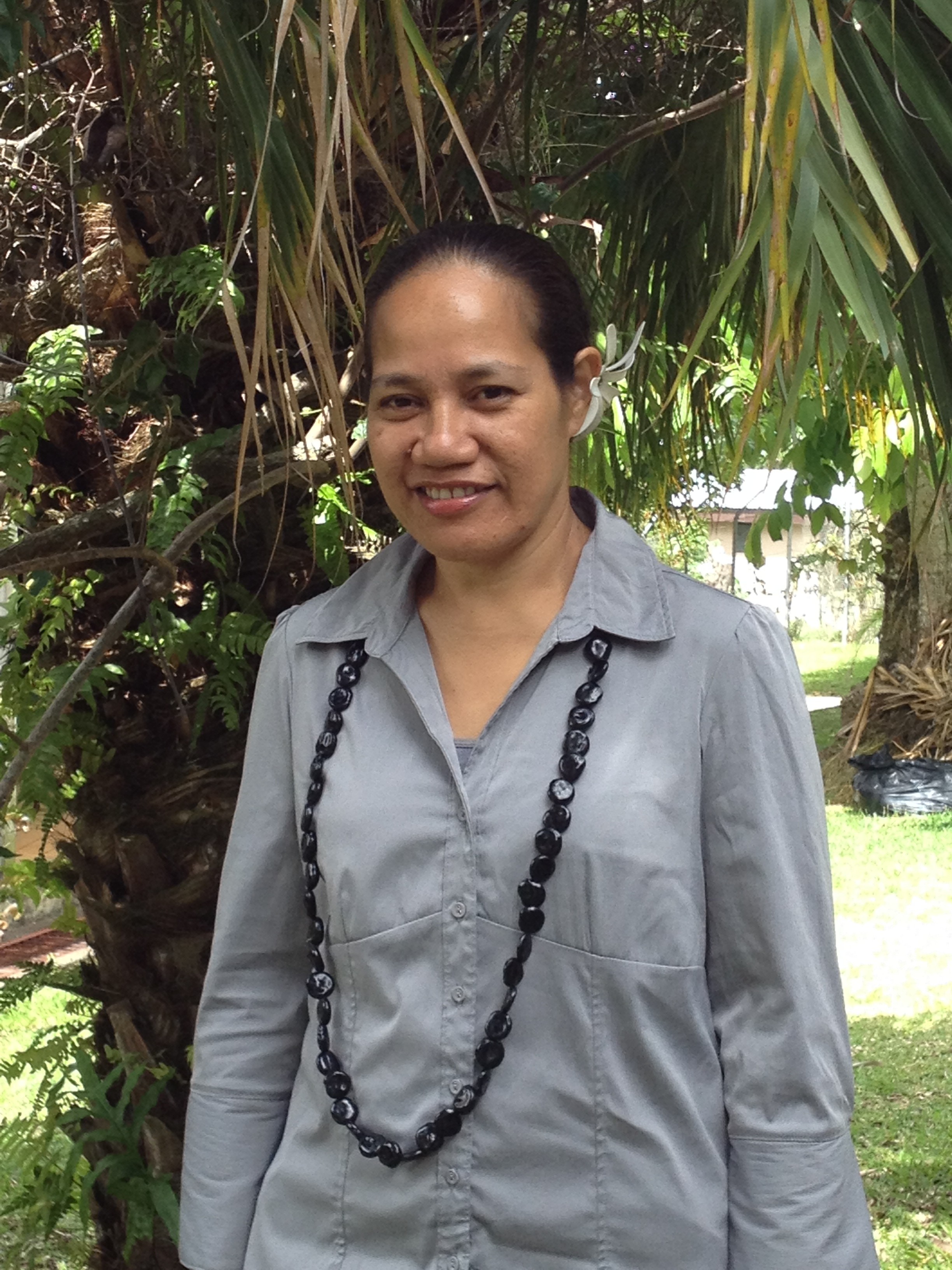 The University of the South Pacific’s School of Law has its home at Emalus Campus in Port Vila, Vanuatu. It was there that Tess Newton Cain caught up with Dr Lalotoa Mulitalo, who is a Law Lecturer at USP. You can listen to a podcast of their conversation here or see the full transcript here. But for the highlights of what they discussed, read on …

Lalotoa commenced by giving me some background about herself, her experience and her current role. She is a graduate of the School of Law and has extensive experience in the legal sector of her home country, Samoa. She has worked in the Ministry of Justice and the Office of the Attorney-General. Between 2009 and 2013 she undertook doctoral research at the University of Queensland:

The topic of my thesis is entitled ‘The consequences of legal pluralism for law reform in the South Pacific’. I investigated, looked at possible ways of carrying out, of addressing, the conflicts with or accommodation of the Western legal system together with the traditional legal system. And I looked at one of the ways to address that, and that was through law reform.

I asked Toa to tell me, based on her experience as a practitioner, researcher and educator, what she felt were the most significant constitutional and/or legal challenges currently facing Pacific island states:

We explored this further in relation to the electoral laws of Samoa, which have been recently amended. Toa explained to me that after every general election there was a commission of inquiry into how the laws relating to candidacy should be amended and that the main driver for this was to accommodate the fa’amatai (the Samoan chiefly system) within a constitutional democracy. Similarly, the Constitution has recently been amended to provide for a quota of women to sit in Parliament.

We moved on to discuss an area of particular interest for Toa, that of law reform. She identified the lack of public awareness about the significance of law in society as one of the most important challenges for the law reform agenda in a country like Samoa. Undertaking legal literacy work with the general public requires both resources and a particular methodological approach:

And also the people responsible for reform will need to be able to … explain in the Samoan language how the legal system, the parliamentary system and the law enforcement system works. But I think that if there is a general understanding of how people can fit into the legal system in Samoa, then there will be some help towards educating the public in having a say, encouraging them to have a say, in law-making.

I then asked Toa what she felt were the areas of law reform that were most pressing in her home country of Samoa to assist in the development of that country. She identified two areas. The first was that of land law, with reference to the ongoing work of the Customary Land Advisory Committee. The Committee is looking at ways in which more customary land can be made available for economic development. However, as we know, experimenting with land reform in Pacific island countries can be problematic:

… it is difficult to make the villager understand that they are not losing their land that way, as they–we–haven’t done this before, so it’s a new thing. It’s going to take a bit of time. So we’ll see what happens. But a number of surveys have been carried out over the last 10 to 20 years. We’re looking at other jurisdictions, how we can use customary land in a beneficial economic way.

Another area of importance for law reform in Samoa relates to family law. Toa referred to the relatively recent establishment of a separate Family division of the District Court. This is a new development for Samoa, and part of the reason for its creation is to hear cases of family-based violence further to the passage of the Family Safety Act, and the Family Court Act.

We then turned our attention to the issue of legal education in the Pacific island region. Toa identified a number of challenges that legal educators face, including the need for more resources and support from the wider university administration. Maintaining the availability of and keeping up with technology are also challenges, particularly given that an increasing amount of teaching at USP is delivered online.

There are also numerous opportunities available to legal academics in the region, especially in the area of research:

I think it’s one of the under-researched regions globally. We need good researchers and good literature from this research to inform our legal systems, the judiciary and parliaments.

Finally, I asked Toa whether she thought that there were particular challenges faced by women as legal practitioners or educators in the region. She said that in her view the same opportunities were available to both genders. She also pointed out that in Samoa women were very well represented in the community of legal practitioners:

I remember Chief Justice Sapolu saying a number of times … when he gives his speech at admission to the bar … at times it’s only women graduates, women being admitted to the bar. And he would say, ‘this is what the judiciary of this country will look like in the future, perhaps all made of women.’

Similarly, Toa feels that women and men have the same opportunities available to them if they choose to work as legal educators, although she feels that sometimes women choose not to take up the opportunities to the same extent as their male colleagues because they prioritise their family concerns.

Dr Lalotoa Mulitalo is a Law Lecturer at the University of the South Pacific. Tess Newton Cain (@CainTess) is a Research Associate at the Development Policy Centre.