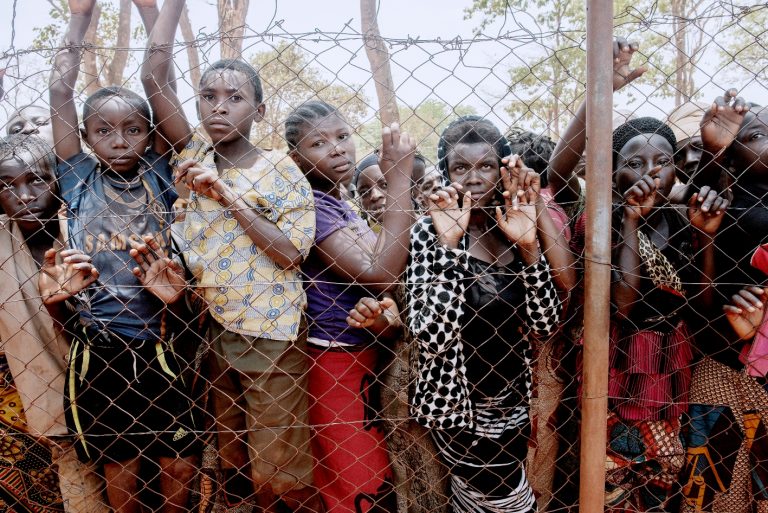 When it comes to fire safety there has been something of a revolution across the developed world in the last half century. Incidents and fatalities are down, and most of this is because of prevention. So perhaps it’s time to get rid of the firefighters, and maybe have fewer police and ambulances too? If you don’t think so then perhaps you will be sympathetic to why Médecins Sans Frontières (MSF) has pulled out of participating in this week’s World Humanitarian Summit (WHS).

Close readers of the UN Secretary General’s Agenda for Humanity [pdf] – the manifesto due for endorsement at the Summit this week – will see the parallel here. The Secretary General’s vision for ‘humanitarianism’ runs to 62 pages, but only 11 lines are reserved for the kind of life saving ‘emergency services’ most people associate with the term humanitarian. Emergency response is characterised here as a last resort effort that is essential, but something of a given, and that should be subsumed by a broader development effort. Yet the Summit comes during a time of collective failure to respond to the emergency needs of millions affected by war and disease.

With more than 2.7 million people displaced, the Lake Chad basin is currently home to one of the African continent’s biggest humanitarian crises. The region is reaching breaking point due to attacks by the armed group known as Boko Haram, and a strong military response that has been launched to curb the violence. The conflict, which started in Nigeria, has expanded across borders to Cameroon, Chad and Niger, causing widespread displacement and suffering.

In March 2016, MSF put out an urgent call: “We need more support,” said Chibuzo Okonta, MSF emergency project manager. “We have repeatedly called on other humanitarian and aid organisations to assist displaced people in Borno state but the appeal has gone unanswered.”

This crisis should be utmost on the humanitarian agenda, and yet there are very few humanitarian actors in the region, and the response is woefully inadequate. And this is just one of many. Currently there is little assistance for Burundian refugees in Tanzania, for internally displaced people in Myanmar and Iraq, and for people affected by conflict in Central African Republic. This follows the poor international response to the cholera outbreak in Haiti and the West Africa Ebola outbreak, both of which had devastating consequences. Quite simply, the humanitarian response to today’s conflicts, displacement crises and epidemics is failing.

Yet the WHS glosses over this failure. Participants will be asked to agree with just one ‘commitment’ that focuses on emergency response; Preserve and retain emergency capacity: to deliver predictable and flexible urgent and life-saving assistance and protection in accordance with humanitarian principle. Not improve emergency capacity, not boost, not urgently scale up – just preserve the capacity, which is currently failing. The Summit’s agenda insists that “international providers will need to set aside such artificial institutional labels as “development” or “humanitarian” (One Humanity, Shared Responsibility, Clause 108), and we are told that an “emergency approach cannot be a sustainable long-term mode of operation and should be the exception” (One Humanity, Shared Responsibility, Clause 140). This is an agenda to which MSF simply cannot agree.

Of course MSF recognises that there are many other aspects to a broadly defined humanitarian endeavour. There is much thoughtful and important work represented in the Summit’s agenda in the fields of resilience, disaster risk reduction, peace building and gender. However, the idea that progress in these areas alone will make any serious impact on the emergencies affecting millions of people today in Yemen, Syria, Lake Chad and the other contexts we have described is dangerously misguided.

There is also a creditable focus on the need to uphold the norms of International Humanitarian Law and devise better frameworks to improve the humanitarian response to the global displacement crisis. However, this focus underlines a fundamental contradiction in the approach of the Summit. It asks participants to reaffirm humanitarian principles, noting the deplorable attacks on civilians and medical staff, while simultaneously proposing a convergence between humanitarian action and development aid, and calling for humanitarian action to become part of “ending need”. It arguably lets states off the hook for the wilful gross failure to uphold these standards to date by not offering a space to meaningfully address this failure and debate the consequences.

This lack of space for meaningful debate has also weighed on the decision for MSF not to be present in Istanbul this week. The structure of the Summit is such that there is no capacity for dissent on these points in the official program. Potential participants were clearly informed that representation on the roundtables and special sessions would be contingent on agreement to the commitments outlined by the Secretary General and on the level of ambition each participant could bring to making supporting commitments of their own. The Summit is not a place for those that wish to push back against this agenda, or promote an alternative vision. It is not then a place for MSF.

Ultimately, the Summit is just one of many forums where the issues of humanitarian response are being considered, and, time will tell, probably not even the most important. To pull out then is not a sign of disengagement from the global debate and collaboration by MSF; we remain engaged all over the world. Instead it is an act of communication. It is an appeal to recognise the power of diversity in humanitarian response, where the main use for global coherence is not a one size fits all response approach, but rather a universal insistence on rules for states to protect the survivors of war, disease, and displacement.

Fundamentally, it is an urgent call for all humanitarian stakeholders to focus on the fires raging around us and ensure that we are building the humanitarian emergency services that remain essential to saving lives in a still dangerous world.

Read more on MSF’s reflections on the World Humanitarian Summit here. For an opposing view on MSF’s decision not to attend the Summit, see this Devpolicy post.