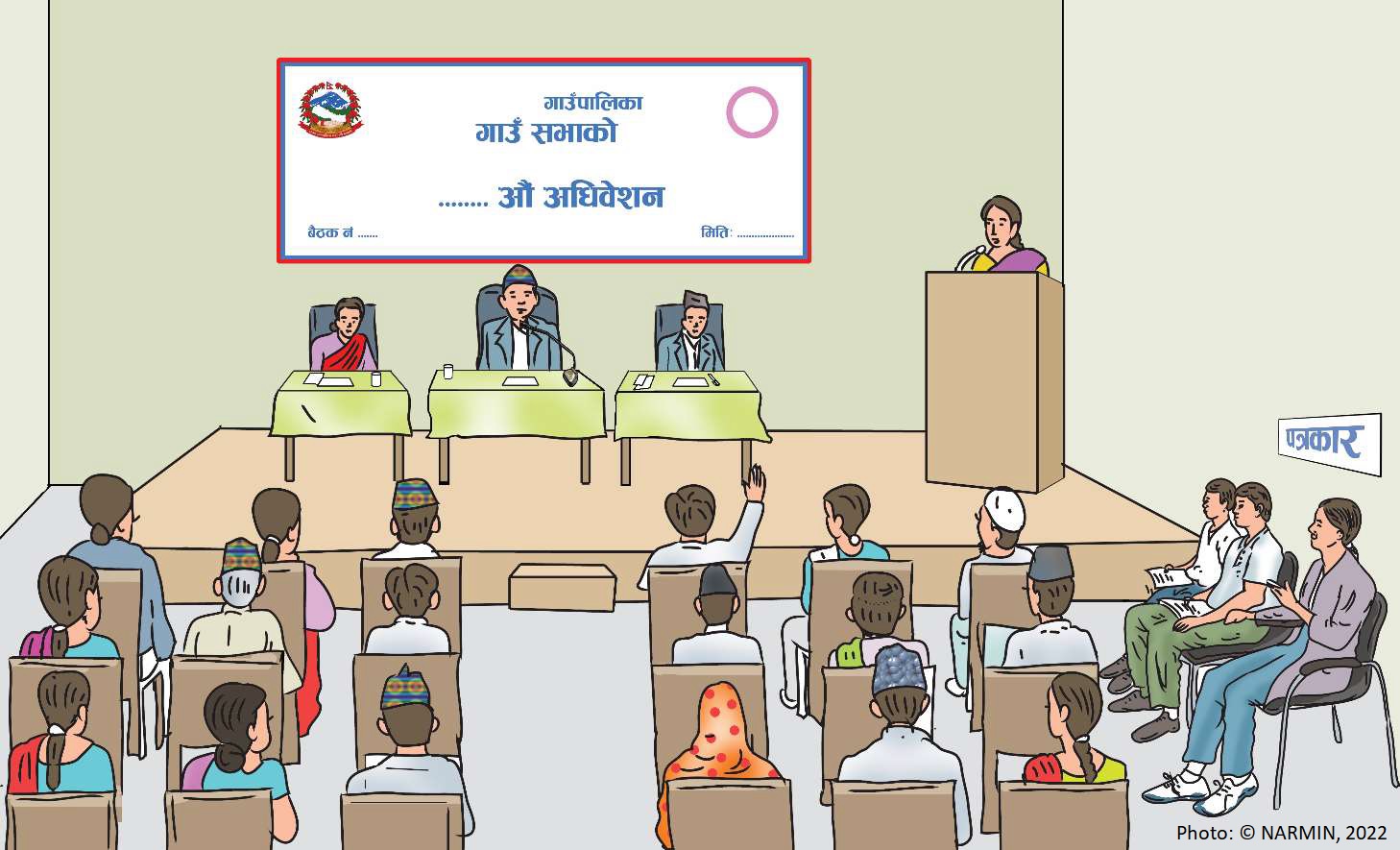 Six months into the fiscal year 2021/22, 24 of Nepal’s 753 local governments have yet to approve their annual budget and plan, failing to deliver on what is arguably their most critical constitutional role. With Nepal grappling with the multifaceted effects of COVID-19, concerns are rising that these local governments will be left floundering in their pandemic response.

In the absence of an approved annual budget, the 24 local governments are unable to collect the required revenue for administering COVID-19 testing and maintaining quarantine centres. In addition to this, their capacity to reopen schools, provide industry relief packages, disseminate public health messaging, and respond to COVID-related increases in domestic violence and mental health issues is significantly limited. A recent Human Rights Watch report indicated that these service gaps have contributed to a number of “preventable deaths”, and threaten to reverse decades of progress in health, gender equality and education.

While several factors have contributed to this delay in timely approvals, two stand out.

First, in Nepal, local elections, like federal and provincial ones, are contested on party lines. If the mayor’s party does not have a majority, representatives of other political parties form alliances to push for their preferred budget outcomes. If the mayor agrees to the negotiations, the annual plan and budget are approved by a majority; otherwise, their approval is delayed until the mayor compromises.

The greater the number of parties in the municipal assembly, the more effort and negotiation it takes to forge alliances and agreement on budgets and plans, thus increasing the chance of missing approval deadlines. In June 2021, the Lalitpur Metropolitan assembly stalled for a week before being pushed through by a coalition of political parties.

If the mayors and deputy mayors are from different political parties, deadlock is also possible. As per the law, deputy mayors, 92% of whom are women, command considerable control and influence over design of the budget. As such, a tug of war often ensues, with both parties aiming to secure a favourable budget allocation through their top two representatives in the municipality.

Second, budget allocation is a complex political exercise amongst the local power elites. At the ward level (the lowest unit of local government, with five elected members), budget allocations may be influenced by the political affiliations of mayor, deputy mayor and the ward chairs. At the same time, ward chairs try to secure more budget for their constituents irrespective of their link to the parties of mayor or deputy mayor. This creates a highly competitive political environment between the chairs, mayors and deputy mayors that often bypasses the political affiliations.

In July 2021, in a municipality in Karnali Province, disagreement over distribution of budget between ward chairs (as one group) and mayors and deputy mayors (as another group) made the national news, despite most of them belonging to the same party. Likewise, in Lumbini Province, in a dramatic attempt to increase their budget, ward chairs walked out of the municipal assembly. This delayed the approval of the annual budget and plan by 13 days.

In this highly contentious environment, the space for citizen engagement is limited. This space has been further reduced by the restrictions imposed to control the spread of COVID-19, which enhanced the discretionary power of the elected representatives in budget distribution.

Failure to approve budgets amidst a global pandemic not only jeopardises essential care, but also shatters peoples’ expectations of Nepal’s federal system of governance. Urgent action is required to establish participatory systems and policies that place less discretion in the hands of a few powerful locally-elected representatives. This includes a strengthened local government committee, processes with clear division of roles and functions, and more inclusive participation by municipal assembly members in annual planning and budgeting. Unfortunately, these reforms are unlikely to happen in time to enable an effective pandemic response.

This post is part of a collaborative series with The Asia Foundation. It is also part of the #COVID-19 and Asia series.

Amol Acharya
Amol Acharya is a Senior Program Officer in the Subnational Governance Unit at The Asia Foundation (Nepal).

Prakriti Nepal
Prakriti Nepal is a Senior Program Officer in the Subnational Governance Program at The Asia Foundation (Nepal).