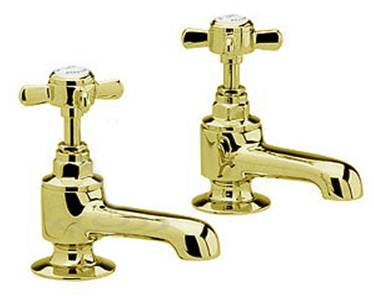 You would think that an English billionaire with a controversial tax history and a troubled relationship with at least one developing country, might be reluctant to publicly proclaim that it was time for the UK to curtail its aid to the world’s poor. You would also think that if he managed to overcome his reluctance he would at least be very careful about factual accuracy, particularly if he was also going to boldly state that he always relies on “rigorous analysis of all available evidence.”

You might think these things, but if you were thinking about the influential political operative Lord Ashcroft you would be mistaken.

Ashcroft’s proclamation took the form of a letter to Rt Hon Justine Greening, the United Kingdom’s new Secretary of State for International Development, and was subsequently published on a website Ashcroft owns. It was then reported, largely uncritically, by newspapers in the UK (the Mail, Telegraph, and Express), Australia (the SMH, Age and others), and New Zealand (Stuff).

This coverage will ensure that the letter is widely read. Which is a pity, because it is neither rigorous nor evidence based.

After offering opening pleasantries to Greening, Ashcroft commences his aid jeremiad, lamenting the rising UK aid budget, stating that many Conservatives are “horrified” by it and that “[t]hey think it morally wrong to carry on giving away such vast sums abroad – more than £300 per household – at a time of domestic spending cuts.”

It is a dubious start, one that might lead the casual reader to think that the typical UK household sees £300 of its yearly tax bill go to aid, when in fact the real amount is considerably less than this. In the 2010/11 financial year the median UK household paid approximately £6,715 pounds in income tax and indirect taxes (data source – data for 5th decile in table 14 of this spreadsheet; other taxes such as council tax and NI contributions are excluded from the figure because they can not plausibly go to the aid programme). Then, from to HM Revenue and Customs data, published by several UK newspapers and reproduced by the One Campaign on their website, it is possible to derive the portion of the median household’s tax bill that goes towards the UK aid programme. The answer: approximately £66. And, while I’m at it, this amount represents only 0.98% of the median household’s tax bill. Less than 1%. Doesn’t look quite so horrifying now does it?

Ashcroft then urges Greening to “recommend to the Prime Minister to turn off the golden taps and stop flooding the developing world with our money.”

Ashcroft may be used to turning off golden taps in the bathrooms of his various residences, but the idea that UK aid is flooding the developing world is simply wrong. Using 2009/10 data (the most recent complete set available) I’ve calculated UK aid per capita for those countries that the UK provided aid to in 09/10 (you can check my workings and find my sources in this spreadsheet). In 09/10 the UK gave aid of the order of magnitude of GPB 1.35 per person living in the countries that it gave aid to. To be fair, this number is pulled down by countries such as China and India, but even if we just focus on Southern Africa (a part of the world that receives a lot of aid from the UK) the figure for the median country in this region is still only approximately GBP 3.72 per person – per year! If that is a flood, I would hate to see a trickle.

Flood or trickle Ashcroft is certain of one thing: aid doesn’t help.

In truth, all this aid from Britain and other Western nations undermines progress. As it is often said, you cannot build democracy on other people’s money. Aid corrodes civil society and encourages corruption and conflict…Defenders of aid have recently pointed to the astonishing falls in child mortality across Africa as proof of their policies. They are without precedent in recent history. But as others have said, what is so striking is how widespread the falls have been across the continent. In fact, they are down to improved governance, better health policies and various new technologies. As The Economist concluded, the broad moral was that ‘aid does not seem to have been the decisive factor.’

Such certainty is odd coming from a man who proudly boasts about his attachment to evidence. Odd, because far from showing failure, much of the available systematic evidence shows that aid helps. In the case of economic growth, for example, the best available evidence suggests that, rather than undermining progress, on average across countries, aid promotes economic growth. This evidence comes from cross-country growth regressions and, owing to their limitations, is not bullet-proof. Moreover, the impact of aid on growth almost certainly varies from country to country. Nevertheless, on the basis of the evidence that is available, it would be wrong to claim that aid as a whole undermines economic development.

Likewise, there is good evidence [pdf] to suggest that, instead of encouraging corruption, well-delivered aid reduces it. Evidence also suggest that, across countries, on average, since the end of the Cold War at least, aid has not impeded the process of democratisation in developing countries (see also this and this [pdf].) Likewise, evidence from a range of contexts suggests that certain types of aid reduce rather than increase the risk of conflict (see here and here.)

In the case of his claims about aid not having contributed to falling child mortality, Ashcroft is, to be fair, true to his source, the Economist, which states that aid hasn’t been the ‘decisive factor’ in reducing child mortality in Africa (although this is still not the same as saying aid hasn’t played any role). The trouble is that the one academic reference that the Economist cites in the article in question is a paper by Gabriel Demombynes, which — focused on Kenya — states that:

And guess where much of the money for bednets comes from: aid donors, including DFID (see here and here).

To be clear, in defending DFID from Lord Ashcroft’s attack. I’m not saying that all aid works, or that aid is all that is needed to foster development in developing countries. Nor am I saying that there is no room for debate around aid.

Giving aid well is difficult, there are almost certainly times and places where certain types of aid make things worse rather than better, and there still is a lot to be learnt about giving aid that works. And no aid agency is perfect; DFID has its flaws. But at it also has a lot to commend it. Mostly it gives aid well, makes good use of evidence, and supports research designed to enhance what we know about aid. There’s still room for improvement. But this will come from considered debates. Not from heavy-handed, inaccurate attacks.