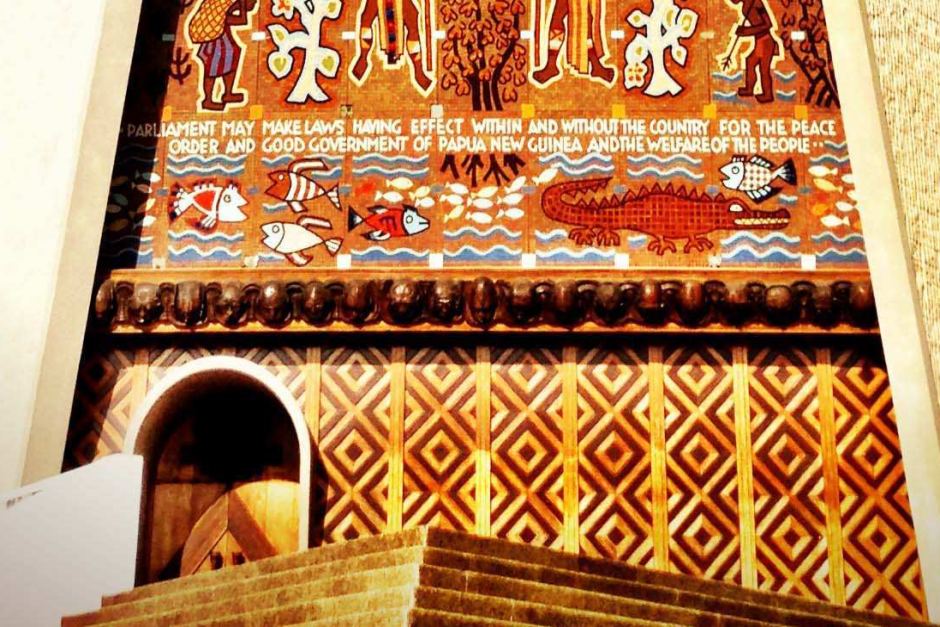 The National Goals and Directive Principles (NGDPs) in the Preamble are prominent aspirational statements in the Papua New Guinean National Constitution. Yet, they are also the most neglected part of the national conversation. The National Goals include: integral human development; equality and participation; national sovereignty and self-reliance; wise use of natural resources and the environment; and Papua New Guinean ways. In my view it is important that as a nation, Papua New Guinea (PNG) goes back to the basics, using the NGDPs as the instrument by which to mobilise our peoples.

Much of the discourse leading up to Independence in 1975 and later in the immediate post Independence period consumed the mental energies of our most gifted, visionary thinkers. The NGDPs are the product of this exercise. But today, these important thoughts are all but swept under the rug and are given less attention by younger generations.

While people are currently invoking slogans such as ‘Take back PNG’ they are merely sound bites that will almost surely be emptied of their meaning in due course. They do not come close to the status of the NGDPs. The NGDPs are enduring. The fact that they are stated at the start of the Constitution and then reiterated in subsequent sections of the Constitution means something – they are a permanent part of the vision of what PNG was to become and, as such, were intended to continually inform our nation building. The NGDPs, even with the challenges at the time of their creation, are identified as the outcome of a legitimate process of popular consultation undertaken by the Constitutional Planning Committee (CPC).

The CPC was very clear about the role of the NGDPs. They were supposed to define, ‘the philosophy of life by which we want to live and the social and economic goals we want to achieve’. It was also envisaged that constitutional bodies would work, ‘to apply and give effect to’ the NGDPs (Schedule 1.7 of the Constitution).

To familiarise Papua New Guineans with the NGDPs, the CPC recommended that the NGDPs be given, ‘the widest possible publicity at all levels of government; in towns and villages; in schools and tertiary institutions; in churches and other organisations so that our people will become fully aware of them, discuss them and obtain a clear sense of the direction in which our country is heading’. These were visionary ideas on the very question of citizen responsibility.

What is the importance of the NGDPs?

Consider some possible practical effects. If the NGDPs are made to be – as suggested by the CPC – the ‘philosophy of life’ at both the individual and national level, imagine the kind of citizens PNG would be nurturing. What would be the aggregate outcome for national virtues, if the political education of citizens began at an early age, with the NGDPs forming part of the educational curriculum? Yet most Papua New Guineans are unaware of the existence and practical application of the very aspirations of the NGDPs.

There is also another important reason why the NGDPs matter. Papua New Guineans are pragmatic people. In most instances, we are impatient with abstract ideals. Notions such as the ‘rule of law’ or the ‘supremacy of the Constitution’ do not always resonate with the practical realities of Papua New Guineans. People may not always see the connections of abstract concepts to their daily lives.

This was noticed by the CPC who saw the symbiotic relationships between the legitimacy of the Constitution as tied to the actual application of the NGDPs. According to the CPC, ‘If the Constitution is to be truly the fundamental charter of our society and the basis of legitimate authority, it should be an instrument which helps to achieve these goals and not one which obstructs’.

Presently there is disillusionment about the state of our nation. Trust in our national institutions and the constitutional foundations of the country is negligible. By way of re-building the trust and confidence of citizens, and to reinforce the legitimacy of the Constitution, practical meaning should be given to the NGDPs. Yet government instrumentalities tasked with decision-making rarely use the NGDPs in vetting the decisions or public policies concerning the welfare of the country. This was revealed in a landmark study by Papua New Guinean scholar, Sam Sirox Kari. Even the CPC’s recommendation for the creation of a permanent parliamentary committee to review laws and policies to ensure their alignment with the NGDPs has not been a priority of Parliament. It is not surprising therefore that a commentator dismissed the NGDPs as ‘a dead letter’.

When the NGDPs are bypassed in government decision-making, it can have the unintended consequence of instilling doubt in the minds of citizens about the relevance of these pre Independence visions of the country. Instituting the NGDPs into popular discourse is a sure way of bringing the Constitution to life for the ordinary citizen, long disillusioned by the way the nation is managed.

The National Department of Education (NDoE) recently developed the Citizenship and Christian Values Education curriculum. It plans to use this curriculum as a compulsory subject in PNG schools. Transparency International PNG is coordinating the School Based Civic Education Project with the NDoE, which aims to, ‘create a generation of responsible citizens that work to ensure good governance at all levels of society’. However there is no emphasis in this curriculum on the CPC Report and the NGDPs. The dissemination of the NGDPs and creatively using various learning methods in teaching the NGDPs in learning institutions is consistent with the recommendations of the CPC.

Also, designating a ‘Constitution Day’ (perhaps during the week leading up to Independence Day on September 16) could be a useful initiative. Institutions and citizens should be encouraged to initiate interactive ways to personalise the NGDPs and the Constitution. It is absurd that PNG has earmarked specific dates for other national celebrations, but not for the Constitution. The Constitution and the NGDPs are not only for students of the law to read. They should be accessible and digested by every citizen. Although the NGDPs are non-justiciable (they cannot be enforced in the Courts or used as basis for legal proceedings), this is not an excuse to disregard creative ways of making them a part of civic life in PNG.

The NGDPs are not a panacea for institutional challenges like corruption. However, Professor Eric Uslaner, author of The historical roots of corruption, has noted the transformative effects of civic education in curbing the abuse of power in modern societies. Promoting the NGDPs and incorporating them into the daily conversations of Papua New Guineans would provide a much needed boost to national efforts to foster civic responsibility.

Patrick Kaiku
Patrick Kaiku is a Teaching Fellow in the Political Science Strand at the University of Papua New Guinea.