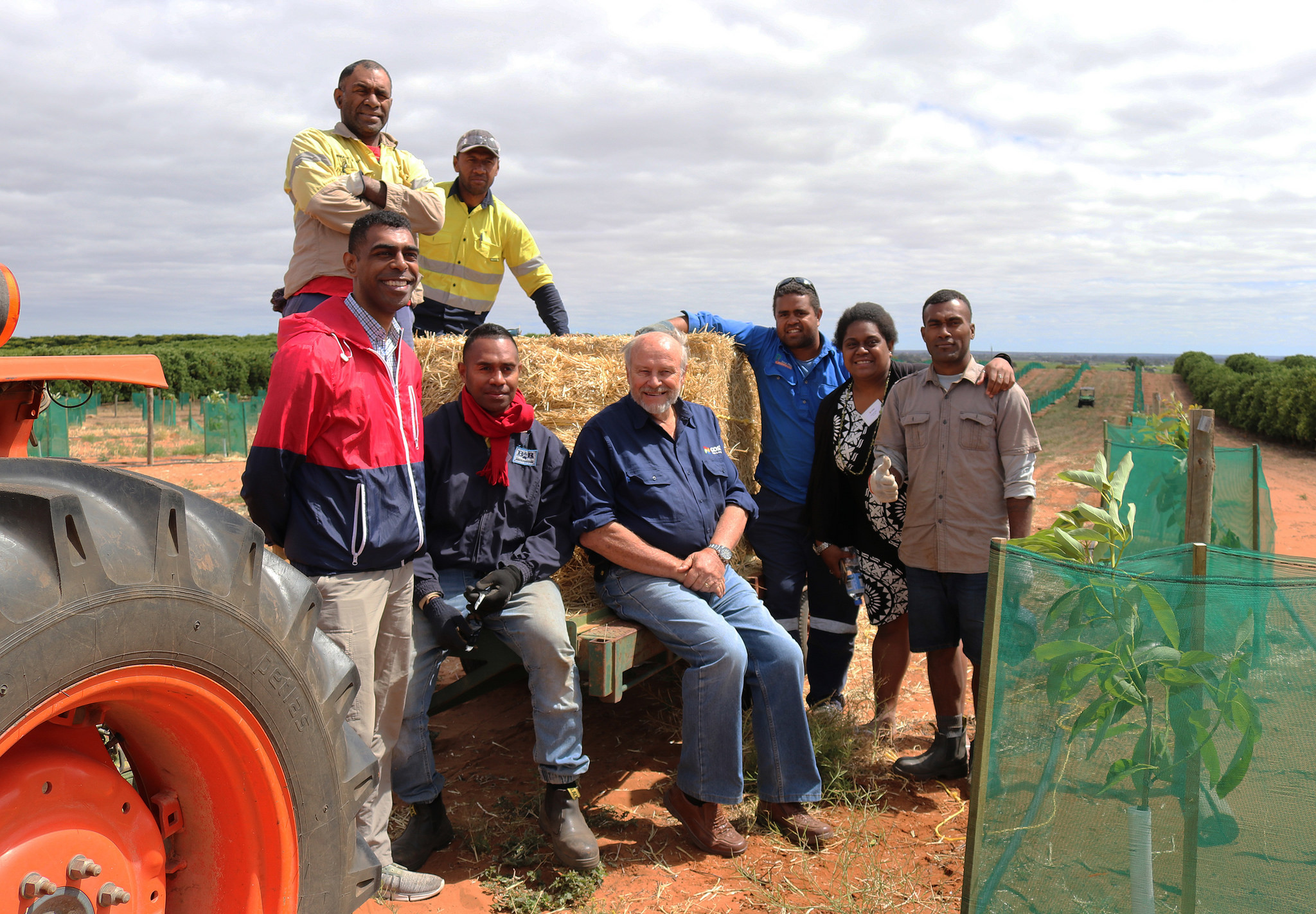 Making the SWP more employer friendly: a work in progress

Last September the Australian Government announced nine measures to improve participation in the Seasonal Worker Programme (SWP). As some of them took effect on 1 July 2018, it is timely to report on progress in their implementation.

The nine measures are: introducing a multi-year visa; streamlining the application process; moving to online lodgement of information; removing the obligation of employers to train workers; increasing promotion to the horticultural sector; increasing engagement with other groups that could use the SWP but don’t; and three pilots – a 24/7 seasonal worker hotline, helping seasonal workers access their superannuation, and lowering upfront costs for employers.

The Department of Home Affairs introduced a multi-year, multiple-entry visa for returning seasonal workers through the International Relations (Subclass 403) visa (Seasonal Worker Programme stream) on July 1. Seasonal workers will be granted a visa for a period based on the number of seasons they are required for employment, as specified in their employment contract and with approval from DJSB, up to a maximum of three years. Employers will have greater certainty about the dates that return workers can start work, and less paperwork. One visa covering many trips will also represent a significant saving for seasonal workers (the multi-year visa is no more expensive than the single-year one). Rural return workers will need to spend less time and money on accommodation in the capital waiting for their visa approval to come through.

It remains to be seen whether employers will be interested in entering into multi-year contracts. Their preference for returning workers will push them in this direction, at least after a successful first season, but the ongoing requirement of labour-market testing may be a barrier. This reform will, if successful, increase the ratio of return to new workers, which will please employers, but may worry sending countries.

Another visa reform is that the period of stay in Australia will now commence upon entry rather than on the date of the visa grant, giving employers and workers more flexibility, and more scope for advance planning. Flights will be able to be booked further ahead, reducing ticket prices.

The new visa for the SWP stream also includes a condition that allows the visa holder, under limited circumstances, to change their sponsor. This will help address situations of worker exploitation, or where employee/employer relationships have become untenable.

As well as access to multi-year visas, employers now have fewer forms and simpler processes to complete when they recruit seasonal workers. DJSB reports that these changes start from 1 July 2018. No information has been provided on the proposed change to ‘investigate ways to help employers lodge information online’.

The final streamlining report has also been implemented: the former SWP requirement for employers to organise add-on skills training was removed by DJSB on 1 July 2018. It provided first-year seasonal workers with training in basic English literacy and numeracy, basic information technology skills, and first aid. The program had a low-take up rate because training delivery was difficult to organise for rural locations. Also, undertaking training was often the last thing workers wanted to do at the end of a long working day or on their one day off each week. The training was also criticised by employers as providing skills that were not relevant to the work seasonal workers were doing. A new, more flexible training program is being developed for implementation in early 2019 by DFAT’s new Pacific Labour Facility (PLF).

Turning to increased industry engagement, DJSB told us that it has been engaging with peak industry bodies and attending industry events and conferences to promote the SWP. Media reports show that workshops were conducted by the industry association Growcom in Queensland in March in Mareeba, Stanthorpe and Bowen with officials from Fiji, Solomon Islands, PNG and Timor-Leste also taking part.

Finally, there are the three pilots. A 24/7 information line for seasonal workers will also be introduced as part of DFAT’s PLF. The other two – lowering upfront costs for employers and helping workers access their super – are still under preparation. These are probably the two most complex, and the ones that will take the longest to implement.

It is interesting to compare these reforms to the obstacles listed by employers when surveyed  about the SWP in 2014. 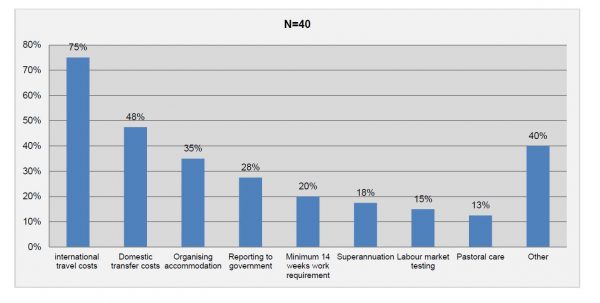 The good news is that five of the top six concerns of SWP employers are now all being addressed either by these reforms or ones implemented earlier. (The requirement that employers cover domestic transfer costs above $100 was removed in the 2015 White Paper on Developing Northern Australia, as was the minimum 14-week requirement.) The only employer demand among the top six not being acted on is the requirement that employers organise accommodation – and that’s an obligation employers will be unable to wriggle out it.

More soberingly though, there is still a long way to go on employers’ main demand, which is to reduce international travel costs. Currently, employers have to cover all international travel costs upfront, and then claim all such costs above $500 back through the payroll. How upfront costs will actually be lowered is far from clear. The outstanding superannuation reforms will also be challenging.

In summary, while some of the reforms are far from complete, and will need hard work and close monitoring, it does seem that the government is making a serious attempt to respond to the concerns of employers. The result should be more employers hiring more SWP workers.