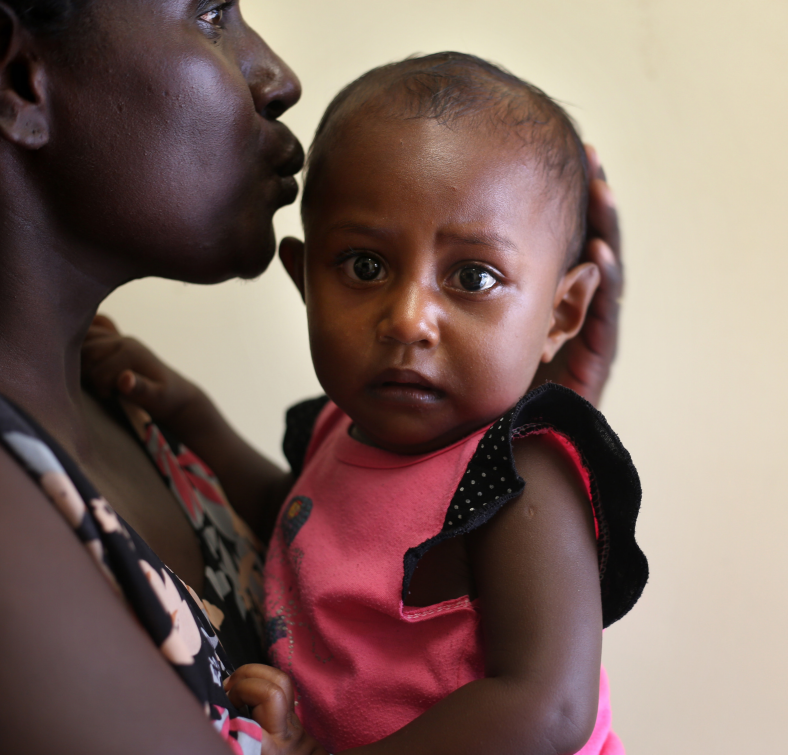 Maternal mortality and GBV in the Pacific: common drivers call for collaborative approaches

A few weeks ago I co-wrote a blog on child mortality and morbidity in the Pacific based on a recent World Vision policy report, Getting to Zero. The report also looks at maternal mortality in the region, however, due to word limits, the blog had focused only on children.

This blog revisits the maternal mortality component of Getting to Zero in light of a couple of other publications that have been issued more recently: Harmful Connections [pdf] by UNICEF and UNFPA on violence against women and violence against children in the South Pacific (previously summarised on the Devpolicy blog here), and a study published in this month’s Lancet looking at macro-level drivers of violence against women. These two reports offer an important lens through which to consider the extremely high levels of maternal mortality in Melanesian countries, particularly PNG and the Solomon Islands, as well as in Timor-Leste.

According to Lancet statistics, the maternal mortality ratio for Oceania (here defined as nine Pacific Island states including PNG, Solomon Islands and Vanuatu) is 494 per 100,000 live births. Put in context, a woman in the Pacific is three times more likely than a woman in South East Asia to die in childbirth. The lifetime risk of dying in childbirth is higher in PNG, at 1 in 120, than in India, one of the top three countries with the highest absolute burden of maternal mortality in the world, where the risk is 1 in 190.

The Getting to Zero report looked at some of the direct drivers of these high mortality rates: geographical challenges that prevent the health system from reaching all women, lack of access to a skilled birth attendant at time of delivery, poverty and low levels of education among women. However, the new reports from UNICEF/UNFPA and the Lancet point to other less direct but perhaps equally powerful causes of maternal mortality that we must also take into consideration.

In the Harmful Connections report, UNICEF/UNFPA show that ‘women and children growing up in South Pacific countries experience some of the highest rates of intimate partner violence (IPV) in the world’ (p. 4). Their data identified an IPV prevalence rate of 57 per cent of women in South Pacific countries, compared to 34 per cent in other selected countries from both the developed and developing world. But beyond observing that it was symptomatic of wider gender inequality in society and laws (p. 22), the report did not go in-depth into the factors driving the disproportionately high level of gender-based violence in the South Pacific.

This is where the Lancet article continues the discussion by providing some intriguing insights. The authors undertook an extensive review of 66 partner violence surveys from 44 countries to understand the uneven global distribution of partner violence, where some countries have prevalence rates as low as 4 per cent and others exceeding 40 per cent (as high as 65 per cent, for Solomon Islands, as reported in the UNICEF/UNFPA publication). Their hypothesis was that macro-level factors, such as embedded socio-cultural gender norms and attitudes, might combine with individual-level risk factors to explain these striking geographical disparities in partner violence prevalence.

Their data analysis confirmed this hypothesis, finding that ‘especially predictive of the geographical distribution of partner violence are norms relating to male authority over female behaviour, norms justifying wife-beating, and the extent to which law and practice disadvantage women compared to men in access to land, property, and other productive resources’ (p. 338).

Some of these identified characteristics can be found in traditional Melanesian gender norms. For example, an ANU baseline evaluation of a World Vision Gender Based Violence project (copies available on request) conducted late last year found that in surveyed communities in the Solomon Islands 69 per cent of men responded affirmatively to the question ‘Is it ok for men to hit women in certain circumstances?’ and 39 per cent to the statement ‘women should not make decisions.’ In a more general assessment of the Pacific, the Secretariat of the Pacific Community (SPC) has observed that ‘tolerance for acts of violence against women and girls remains quite high’ across the region.

And it’s at this point that we return full circle to maternal mortality. Gender-based violence is to some degree an expression of women’s and girls’ status relative to men and boys in a society. A compelling argument can be made that the low status of women in many Melanesian communities is a significant contributing factor to the high levels of maternal mortality in these countries. Thanks to a WHO study, we know that there is a direct correlation between violence against women and poor maternal and newborn health outcomes. Women experiencing violence are more likely to give birth to low birth weight and/or premature babies, and to suffer pregnancy loss. Living with a violent partner also inhibits women from seeking health care and family planning services due to a (perceived) lack of autonomy and fear of partner reaction. This is particularly tragic given estimates that maternal mortality could be reduced by up to 30 per cent if all women who wished to use contraception had access to it.

This effect was confirmed in the Pacific context by the SPC, which observed that despite the increasing availability of sexual and reproductive health services, women’s access and uptake remains hindered by limited decision-making power regarding their own bodies as well as relative social isolation (p. 34). Yet despite the overlapping social drivers of gender-based violence and maternal mortality and morbidity, historically there has been limited collaboration between those working on reducing gender-based violence and those in health more broadly. This isn’t restricted to the Pacific – the WHO study observed more broadly that the health sector has been slow to engage with the issue of violence against women, despite ample evidence that exposure to violence is a key determinant of poor health for women (p. 31).

Given the high levels of both gender-based violence and maternal mortality in the Pacific region, particularly the Melanesian countries, there is an opportunity here for those working in gender-based violence prevention and health to collaboratively lead the way in tackling the social norms that are key drivers of both of these negative outcomes for women. Programs aimed at changing attitudes to gender roles in ways that improve the status of women can be used both to reduce gender-based violence and also to increase support for women to seek health care. For example, World Vision’s Channels of Hope methodology has been used successfully in the Pacific to change attitudes to gender-based violence. This approach works with faith leaders to teach biblical reinterpretations that explain God’s view of men and women as equals and of the need to treat each other accordingly. This attitudinal change methodology can also be used to address social and religious barriers to health-seeking. In one example, an evaluation of a World Vision Channels of Hope for Maternal, Newborn and Child Health program in Kenya demonstrated an increase in antenatal and perinatal clinic participation for two years following commencement of the program. Given the successes of Channels of Hope for Gender in the Pacific, extending this methodology to maternal health could be a starting point for greater collaboration between the two sectors.

I’d like to suggest that from early engagements such as this we work to a future vision where, from this challenging environment, the Pacific becomes the model of gendered-health initiatives from which the rest of the world can learn. If nothing else, it’s what Pacific women deserve.