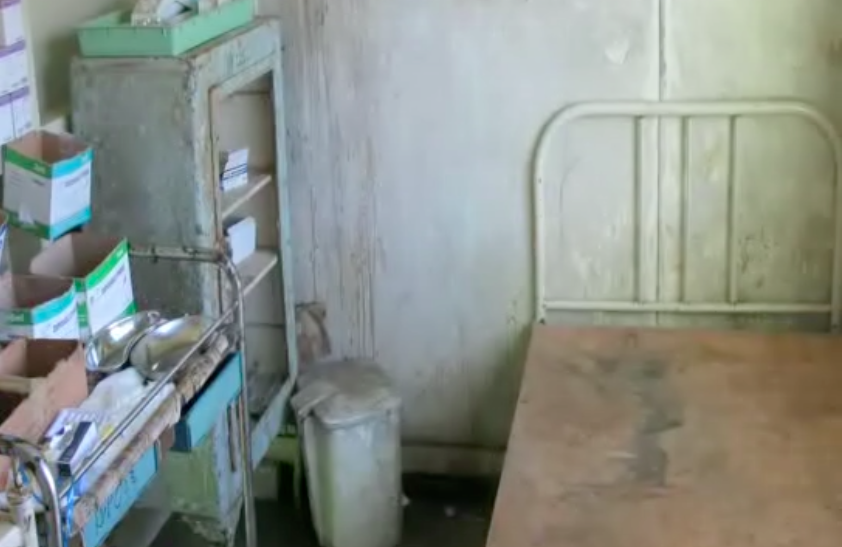 Basic medicines are essential for an effective health service, yet Papua New Guinea’s health facilities typically go without drugs for half of the year. Why has the situation got so bad and what can be done?

In April this year, the PNG Department of Health announced that it has begun a serious effort to confront the dysfunction that has plagued the country’s medical supply system for a decade or more.  Central to this reform are efforts to confront the reported widespread and entrenched corruption in the procurement and distribution of medical supplies in PNG. AusAID is supporting this effort.

This is a welcome initiative. Medical supplies are essential to the core infrastructure of an effective health service. Improvements to quality of service through training; supervision; innovation and partnership are almost nonsensical if basic inputs (including medical supplies) are not in place.

Conceptually, the Brief draws on the work of Lant Pritchett on the mechanics of “persistent implementation failure” and “capability traps”. This work–well summarised by Richard Curtain for the Development Policy blog–argues that there is a tendency for fragile, poor performing countries to “mimic” external organisations through the adoption of “best practice”, based on the assumption that function will follow form. Actors, imbued with an apparent “success” (a policy, an operating procedure, an increased budget allocation), and operating under a cloud of “wishful thinking”, ask too much, too soon of fragile organisations and implementation failure ensues. This phenomenon is described as “premature load bearing”.  Pritchett et al argue that such failure becomes “persistent” due to a range of incentives that operate on both internal and external actors to keep searching for best practice, while measuring progress of inputs or outputs rather than outcomes, and not looking for alternatives.  This can lead to a recurrent dynamic of failure and a “capability trap”.

The proposed way out of such situations is to create a space for organic change embedded in local context and capacity.  Central to this strategy is a more strategic role for the state, and a constant focus on appropriate outcomes. 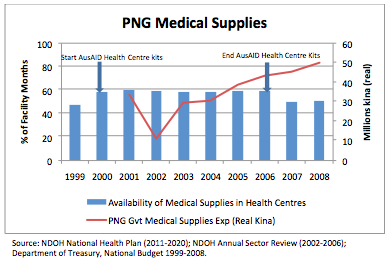 Viewing the data in this form provides a number of insights vis-à-vis medical supplies performance in PNG over the past decade.  It also serves to highlight a number of the risks and opportunities to reform identified in the Pritchett analysis. Specifically:

Whatever else is wrong with the system of medical supplies in PNG, it is one area where we have reasonable data, on both inputs and outcomes, and more use should be made of it.

PNG efforts to reform its medical supply system are both critically important and incredibly complex. PNG reformers will need to be committed and courageous for an extended period of time, as will their external supporters. There is a strong conceptual and practical case for PNG’s donors to support this process through the direct provision of medical supplies. There will be pressures, both internal and external, to end external support prematurely. If the conceptual and historical lessons are to be beneficial, this pressure must be resisted.

Andrew McNee is a Visiting Fellow at the Development Policy Centre at the ANU’s Crawford School.