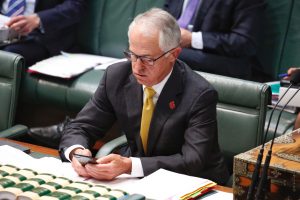 You might not expect Donald Trump to have thought or said much about foreign assistance. In fact, he has made more than a few remarks on the subject. These have been well summarised by various US-based publications. See, particularly, this piece by Tom Murphy on Humanosphere and this by Malaka Gharib on NPR.

It has often been noted that Trump has much in common, and even some connections, with the now-deceased Jesse Helms. Helms was the arch-conservative Republican senator from North Carolina who in 1994 memorably said that much US aid was ‘going down foreign rat holes’. Later, in 2001, he called for USAID to be shut down and aid distributed through ‘private and faith-based organisations’.

But Trump, it seems, has more complicated views. On the one hand, he is on record as favouring an overall decrease in foreign assistance and often talks about redirecting ineffective foreign aid to domestic infrastructure programs in inner cities. As has been widely reported, he doesn’t want to see aid going to ‘countries that hate us’.

On the other hand, as Murphy’s piece shows, he likes PEPFAR, the HIV/AIDS prevention and treatment program established by George W. Bush, and intends to continue it. As Gharib’s piece shows, he appears to be quite strongly in favour of aid for water and sanitation. And he has spoken broadly in favour of humanitarian aid—while questioning the effectiveness of infrastructure assistance to conflict-affected countries such as Iraq and Afghanistan.

Beyond the general and somewhat vague remarks above, Trump has made one concrete and significant policy commitment on one line of aid spending, or rather its abolition. In his 100-day plan he lists seven actions ‘to protect American workers’, of which the seventh is to ‘cancel billions in payments to UN climate change programs and use the money to fix America’s water and environmental infrastructure’. He is referring, presumably, to President Obama’s $3 billion commitment to the UN Green Climate Fund (GCF), on which that organisation is rather counting. The US commitment to the GCF accounts, at present, for almost one-third of all commitments.

Overall, it’s fair to say that Trump’s pre-election statements about US aid are roughly on par with Tony Abbott’s pre-election statements about Australian aid in 2013. If Trump wants to remain on par with Abbott’s ghost after his inauguration then he will need to abolish USAID and slash the US aid budget by more than 20% (over US$6 billion) while perhaps backflipping awkwardly on climate financing. But it’s quite possible that he’ll lurch less than this, and turn out to be more moderate on foreign aid than Australia’s former Prime Minister.