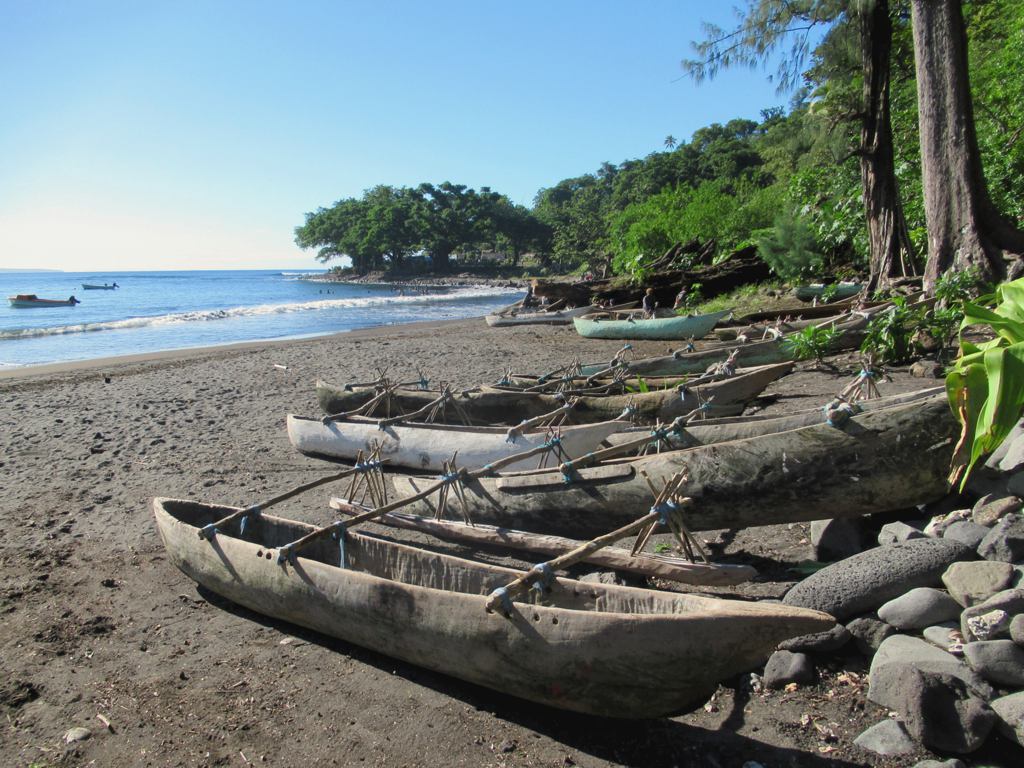 Mired in MIRAB: aid and bureaucracy

By David Abbott and Steve Pollard

MIRAB – migration, remittances, aid and bureaucracy – has long defined a preferred model of growth in Pacific island countries (PICs). Despite widespread adherence to the model in PICs since the term was first coined in the early 1980s, there’s little to show that a dependence on aid, remittances and rents is proving to be a healthy, sustainable, or even preferred model for long-term economic growth and development.

In this two-part blog series, we look at the impact of the dominance of rents to the rest of the economy and society. Part one examined migration and remittances. Part two looks at aid (international assistance) and bureaucracy (government), and asks whether or not there are viable alternatives to the MIRAB model.

All developing countries benefit from some form of international assistance, whether this is technical or financial. The aim of aid is recipient social and economic growth and development. This has unfortunately not always been the result despite relatively high levels of assistance to the PICs. Over the ten-year period from 2007 through to 2016, development assistance accounted for an average of 28.8% of total government revenues and grants across PICs.

The benefits of aid may not increase as aid increases. Rather, benefits tend to level off and very high levels may even undermine development rather than support it. Again, there can be too much of a good thing; too much aid helps undermine the incentives or necessity for governments to address underlying economic issues and to introduce needed structural reforms. Recipients might also not pay as much attention to the use of aid as they do to the use of their own taxes.

High levels of international assistance can also support high levels of public employment, inflated public sector wages and salaries and the involvement of government in the production of private goods and services. All this crowds out the private sector and undermines the ability of private businesses to attract skilled workers at wage levels that correspond to their productivity, thereby eroding the profitability of private business in the islands. High levels of aid can also undermine good governance, which then undermines social and economic development. This has become known as the “aid curse”.

Governments are needed everywhere to provide essential services such as justice and security, to protect “the commons” and provide essential public services however they are defined. But does more bureaucracy necessarily mean more social services and a better lifestyle for the people of the PICs? A review of state performance and capacity in the Pacific found that expenditure on health and education in most PICs was high but the outcomes of that spending were variable. It also found poorly targeted spending with a high proportion of budgets devoted to wages and salaries and subsidies to unprofitable public enterprises.

The review also referred to concerns over weak governance. For many people in the PICs, traditional governance based on clan or chiefly authority and the churches is more important than the state as a source of social capital. This can limit the influence of Public Service Commissions and Public Accounts Committees over public service performance. PIC governments are often not as powerful as development partners may expect. PIC governments may look to strengthen their position turning to aid, public service employment and the production of private goods and services.

Each year all developing member countries (DMCs) of the Asian Development Bank (ADB) as well as those of the World Bank that receive concessional finance are assessed according to the performance of their government policies and institutions. The Pacific DMCs tend to perform poorly. An ADB study made assessments for 13 DMCs, nine of which were in the Pacific, for the years 2006 to 2015. The study concluded that over the period assessed there had been “little or no change [in the poor performance] despite massive international aid to these countries”. The study suggested that the “lack of effective policies and institutions as well as exclusion have contributed to unsustainable development”.

Is there an alternative to MIRAB? Sustained domestic private sector led development activity has indeed been a feature of some PIC economies, and almost all PIC national development plans emphasise the importance of economic diversification and the promotion of private sector activity. Thus, despite MIRAB, neither PIC governments nor their development partners have given up on growth and development generated in, by and for the islands.

The World Bank Pacific Possible report indicates there are many opportunities for PICs to diversify their economies and create new industries and employment opportunities. The private sector operations of the ADB and the International Finance Corporation in the PICs also certainly believe in the potential for private sector development in the region. However, this potential can only be realised through government policies and measures that create an environment conducive to private investment.

The rents from MIRAB have helped undermine the development of an alternative growth model based on a more substantive and committed effort to boost domestic economic activity and to build a sound domestic foundation for long-term sustainable development. Other MIRAB-associated policies that have deterred domestic private sector led growth are the government-owned business enterprises or state-owned enterprises that can crowd out private enterprise, and limit attention to the supply of domestic collateral and, more broadly, the overall negative environment for private business in the PICs.

The ADB’s Pacific Private Sector Development Initiative reveals how difficult it can be to do business in the islands. The World Bank’s annual assessments of the ease of doing business provide further evidence of the difficult policy and institutional environment for business in the PICs. IMF Article IV staff reports have commented in a similar vein in support of the need for structural adjustment in member PICs. The generally weak environment for private sector led growth in the PICs brings into question whether some government policies and institutions in practice, primarily support protection and distribution, rather than investment and growth.

As we have argued elsewhere (here and here), there is an urgent need for PIC governments to adopt a framework for growth and development where the PICs retain a greater degree of control and direction. Strong institutions, appropriate policies, good governance and innovative private sector investment are at the heart of this alternative.

However, with respect to migration and remittances, the MIRAB rent-earning nature of PIC economies may well be more politically palatable. Migration can ease the pressure on governments when it has failed to create employment in the local economy, and remittances can lessen the demand on governments to provide public welfare. Remittance inflows can also help increase tax revenues where taxes are based on imports and consumption. High levels of aid and poor standards of governance and public scrutiny, can also support self-interest to influence elections.

To move away from a MIRAB-based economy would be politically challenging. This would require job creation to replace migration and remittances in a policy and institutional environment that has not so far been built to support the private sector. Lessening aid would diminish the power of governments and reducing the need for bureaucracy would likely lessen the opportunity for politically biased jobs in the public sector. Introducing greater competition in the markets for private goods and services could threaten established vested interests.

In conclusion, we do not believe that MIRAB is a satisfactory or sustainable model for long-term economic and social growth and development in the PICs. It can only be sustained by increasing dependency. We are convinced that not all Pacific islanders want it this way. There is a viable alternative but it will be politically difficult and institutionally challenging to bring about. Governments and the private sector must find a way to work more closely together to realise the domestic potential that has been identified by the World Bank, ADB and many Pacific islanders themselves.

This blog is an extract of a longer paper presented at the ANU/USP Pacific Update in July 2019, and is the second in a two-part series. You can find the first blog here.

David Abbott
David Abbott has over 40 years of experience as a development economist working in the Pacific region in finance and planning ministries, with UNDP Pacific Centre and as a consultant. David is now the Manager for Data Analysis and Dissemination with the Statistics for Development Division of the Pacific Community (SPC) in New Caledonia.