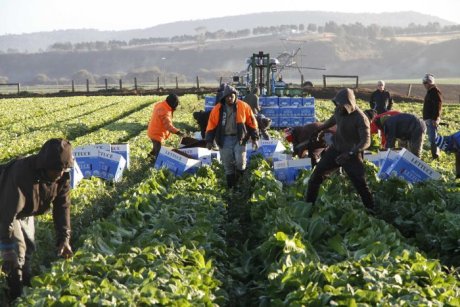 Mired in MIRAB: migration and remittances

By David Abbott and Steve Pollard

In the early 1980s Geoff Bertram and Ray Watters from the University of Victoria in New Zealand coined the acronym MIRAB to describe a preferred model for growth in the Pacific island countries (PICs). The elements of MIRAB are migration, remittances, aid and bureaucracy. Bertram went on to argue against the development focus of fostering domestic production in the PICs. He viewed this as sub-optimal for resource and market constrained small island economies, and that such efforts crowded out the potential for greater earnings from rents, migration and remittances.

The MIRAB model has lived on since the 1980s. Some countries, including the Cook Islands, Fiji and Palau have lessened their dependence on rents, primarily through tourism. However, the underlying MIRAB-based economic structure remains a strong feature of PIC economies. Some evidence suggests – at least at first glance – that the MIRAB structure of PIC economies has served PICs reasonably well. For example, MIRAB may suit some job seekers and recipients of remittances. It may even suit some governments and providers of aid, and private businesses whose main client is government. But is a dependence on aid, remittances and rents a healthy, sustainable and preferable model for long-term economic growth and development in the islands, or any society? How does the dominance of rents impact the rest of the economy and society? Do all islanders want it this way? Is there really no viable alternative? A study of the experience in the Federated States of Micronesia and the Marshall Islands appears to show that, “substantial aid may raise GDP growth for short periods, but may well have very adverse impacts over the long run” unless it leads to changes in institutions and policies. The limited experience of Samoa and Vanuatu does support the idea that reform can lead to growth spurts.

In this two-part blog series we seek to address these questions the MIRAB model raises. In this first blog, we look at migration and remittances. In part two, we examine aid and bureaucracy, and identify a viable alternative to the rent-dependent MIRAB model.

Migration has helped to underpin incomes and foster development throughout the world for hundreds, if not thousands of years. It’s the “oldest action against poverty”. However, more recent migration, some temporary, some permanent, has greatly eroded the domestic labour markets of Polynesia, in particular through the right of access to the labour markets in New Zealand and then Australia. The same is true of labour migration from the Federated States of Micronesia, the Marshall Islands and Palau with their access, under their Compacts of Free Association with the United States, to both the US and the US territories of Guam and the Northern Marianas.

The marine training schools of Kiribati, Tuvalu and other PICs offer jobs to young males from the outer islands where there are few domestic alternatives. However, it is the Australian Seasonal Worker Programme (SWP) and New Zealand’s Recognised Seasonal Employer (RSE) scheme that have more recently boosted temporary migration in the South Pacific. The World Bank suggests that a further 150,000 temporary workers could be employed annually from the PICs over the next 20 years.

The number of permanent migrants has also continued to rise. The New Zealand Census results indicate that the number of people recorded as Pacific islanders in New Zealand increased by one-third between the 2001 and 2013 New Zealand censuses. The increase in Pacific islanders in Australia has shown an even more dramatic increase. Those claiming Pacific Island ancestry in Australia rose from 112,133 in 2006 to 206,673 in 2016, an overall increase of 84.3%.

PIC subsistence farming and fishing have consequently suffered from a shortage of prime-age labour. In 2013, the then Minister for Agriculture, the Hon La Mamea Ropati, spoke to the Samoa Observer about progress in the World Bank financed Samoa Agriculture Competitiveness Enhancement Project, saying: “The seasonal employment schemes in New Zealand and Australia have also taken a toll … many farmers have left the country for job opportunities in New Zealand and Australia because they offer better money. But this has resulted in limited people to work the plantations.” And the problem persists, with similar claims from Samoa reported earlier this year.

Private businesses and governments in urban settings also complain of an increased turnover of productive unskilled and skilled labour as workers leave for work overseas. Initially many Pacific islanders may find the working conditions quite challenging, especially the weather and the discipline needed in the horticultural sector. However, research by the Australian National University suggests that many workers do choose to return.

Remittances help alleviate poverty, finance education and investment in small business, and to otherwise sustain families, many of whom may have no alternative source of income. It has been estimated that on average workers returning from a period under the RSE scheme save or remit around NZ$5,500 each. Assuming the rate of savings from the SWP are similar, the two programs are currently contributing around US$70 million per annum in additional income for those families participating in the schemes.

However, it has been argued that remittances can change economies in ways that might in fact reduce growth and lead to increasing dependence on these funds. This in turn can lead to a “remittance trap” that causes economies to get stuck on a lower-growth, higher-emigration treadmill. A part of this trap is the use of remittance income to prepare young people to emigrate rather than to invest in businesses at home. Countries that receive remittances may come to rely on exporting labour, rather than commodities produced with this labour. As witnessed in the PICs, governments even encourage the development of institutions that specialise in producing skilled labour for export.

It has also been argued that the demand for all products in the economy may increase as remittances grow, thus potentially leading to price increases and higher rates of inflation. The foreign exchange from remittances, along with higher prices, makes exports less competitive, with the result that their production declines further. Remittances can also affect work incentives and wage expectations, forcing up wage levels and further eroding the competitiveness of exports, resulting in a vicious circle of emigration, economic stagnation, rising cost of living, and more emigration.

Despite these risks, with respect to migration and remittances, the MIRAB rent-earning nature of PIC economies may well be politically palatable. But does a dependence on migration and remittances yield sustainable, long-term economic growth and development in the islands? In the second part of this two-part series, we examine the remaining two components – aid and bureaucracy – of the MIRAB model.

This blog is an extract of a longer paper presented at the ANU/USP Pacific Update in July 2019, and is the first in a two-part series. You can find the second blog here.

David Abbott
David Abbott has over 40 years of experience as a development economist working in the Pacific region in finance and planning ministries, with UNDP Pacific Centre and as a consultant. David is now the Manager for Data Analysis and Dissemination with the Statistics for Development Division of the Pacific Community (SPC) in New Caledonia.