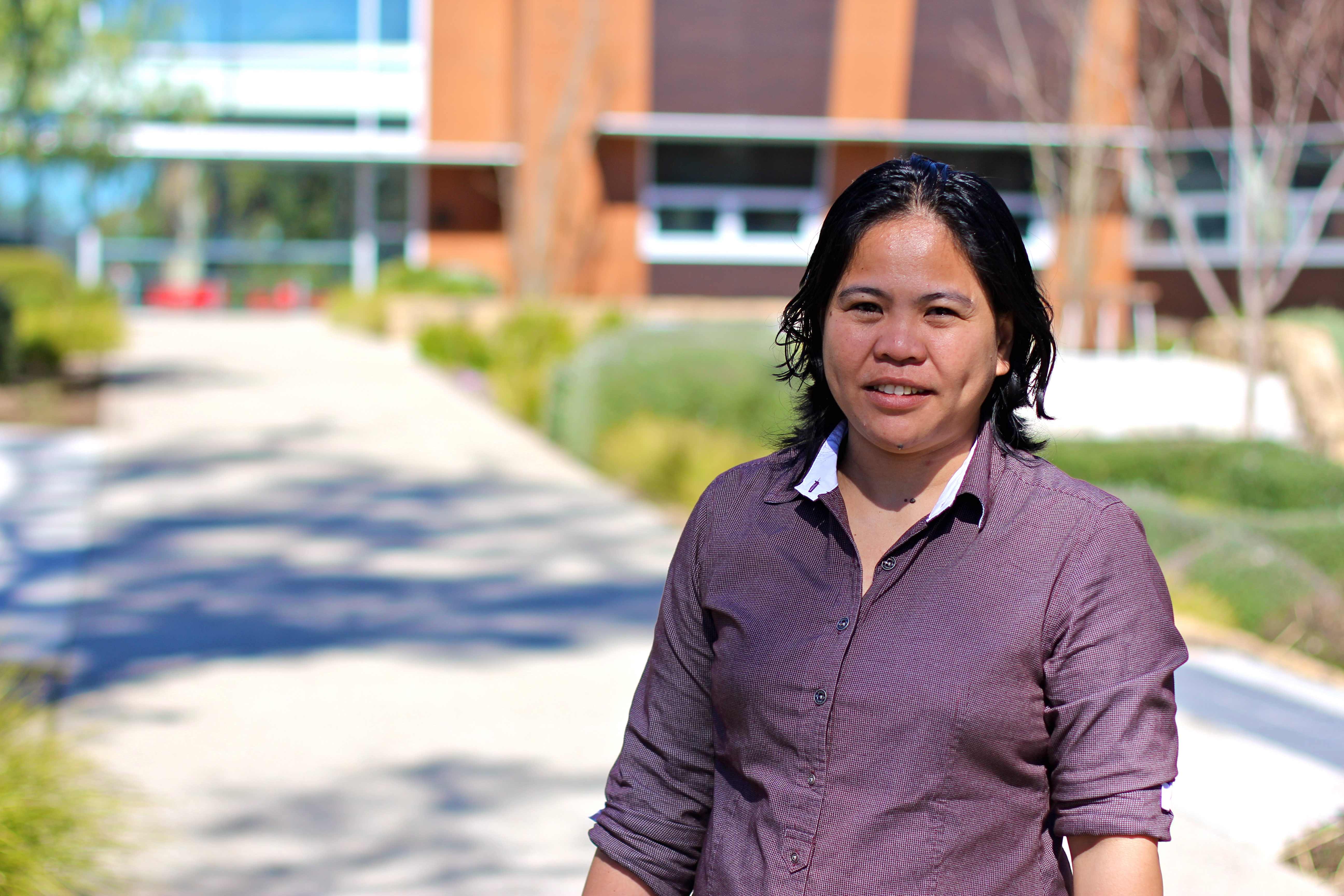 By Daisy Plana and Ashlee Betteridge

When Daisy Plana first moved to Lae, she was shocked to find red splatters all over the streets.

“I thought it was blood everywhere and I thought the levels of violence must be really extreme,” Daisy said. “But then I found out it was just from people spitting out buai (bettlenut)!”

Given Daisy’s professional background in post-conflict countries and disaster zones, perhaps it is understandable how the two could be confused.

After starting out as a social worker helping street children in Manila, she has been with Medicines sans Frontieres (MSF) for more than a decade, working in locations such as Zimbabwe, Uganda, Uzbekistan, Indonesia and Nigeria.

In July 2012, she moved to PNG to take on the role of project coordinator for MSF’s Family Support Centre (FSC) in Lae.

Now Daisy is planning to take on a new challenge as the Senior Social Worker and first CEO of the PNG Family and Sexual Violence Case Management Centre (CMC). The CMC is a newly registered NGO, currently in the set-up and fund-raising phase. You can read more about the rationale for the CMC here.

Even though there was only buai and not blood on the streets in Lae, the levels of family and sexual violence (FSV), predominantly perpetrated against women and children, were still shocking.

But Daisy said it wasn’t difficult for her to decide to return to PNG to work with survivors.

“I’ve never before been in a country in which I wish to come back. So far it is just PNG. As this concept was being developed… I said to myself that there is so much that we can do. There are so many things that if we really want to, we can work together to make it better… By seeing the commitment, by seeing so many people willing to work to make it successful, and seeing also the need, I said one day if I am given the chance I will come back to work [here].”

Rates of family and sexual violence are at crisis levels in PNG, but Daisy says that there is growing momentum from community leaders to work on the issue.

“When I arrived, [FSV] was not only the topic of the town, but the topic of the whole nation. I have observed that there is more and more engagement from the community, from community women, youth leaders and committee leaders to push on the issue of gender based violence and a lot of women leaders actually trying to push bills, trying to pass laws… to protect more of the women and more of the survivors.”

The MSF FSV project in Lae focused on medical and psychological care for survivors. Daisy says that among its many achievements, it helped to encourage community action.

“Even though the care we offered was limited [to medical and psychological care], it has achieved a lot in the past six years. It’s really moved a lot of NGOs, a lot of local people, to be pushing to change the situation about gender based violence in PNG, to actually wake up and say that this is now the time to improve our situation. And I think that’s the greatest contribution of the project.”

Before MSF started their work, many FSV cases were considered (and recorded) as accidents. But now there are improved ways for medical staff to add to the national knowledge base on FSV.

“The project also created a lot of information and databases. PNG has had no database that they [medical and support staff] could look up to identify the degree or the level of the violence and to analyse it accordingly.”

What is case management?

The case management centre will take the work that has been done at the FSC in Lae to the next step, bringing together actors from the law and justice sector, government, law enforcement, social welfare, and safe house services. MSF’s evaluation of the FSC showed that survivors of violence needed further support after receiving medical and psychosocial care.

“They may need a safe house, they may need an interim protection order or support from the police, they need to file a report to the police and they need to push the case to court as well if it is a case of rape or severe physical injuries. So those were the gaps identified in the evaluation.”

“Case management will involve a lot of sectors… We will not only be dealing with supporting patients or clients to access medical and psychological care from the Family Support Centre, but we would like to pull together all the resources that are available.”

“In short, it’s about being a resource organisation to provide as far as possible all the necessary support that [a patient] may need once she steps into a clinic.”

“The CMC will… link with different stakeholders that are dealing with FSV cases as well as strengthening the local capacity of people. Not only the future workers of the CMC, because they will all be local, but dealing more at the community level, strengthening the leadership of community people and empowering them to address their own issue.”

“There’s hope and it’s the start of things for PNG… maybe it’s time for PNG to open this discussion and take on more challenging interventions.”

How case management can help

Daisy shared the story of one young woman who came to the FSV for treatment after escaping from a man who had abducted her, locked her up and sexually assaulted her and beaten her every day for more than a year.

She was treated at the FSV for her injuries and given counselling, however the woman was still fearful of the man coming to find her and was at risk. The complicated case highlighted a number of challenges—stretched police officers, safe houses that were not adequately secured, the need for coordination, and no budget or petrol to transport the woman back to her home village safely.

However, after a case conference with local stakeholders, a solution was devised to return the woman safely to her family.

Daisy said that the case illustrated that it was possible to improve services for survivors by bringing people together.

“There’s a lot of individuals sitting in law and justice, in welfare, in the police sectors, that have this individual commitment, this very strong commitment. To collect all of those and make one collective effort, that will be really beneficial for the survivors themselves.”

Daisy sees a few key challenges ahead as the CMC works to establish itself. The first is security for those involved—the second is meeting the expectations of the range of stakeholders involved in the project and the wider community.

“It’s a new organisation. There will be a lot of expectation, there will be a lot of people looking at what the outcome will be… so we will expect a lot of comments, both positive and negative, so I’m preparing myself for that… we are starting from the beginning on a lot of things, so it’s a challenge.”

Daisy Plana is the Senior Social Worker and CEO of the PNG Family and Sexual Violence Case Management Centre. Ashlee Betteridge is a Research Officer at the Development Policy Centre.

Daisy Plana
Daisy Plana works for MSF and was the Lae FSC Project Coordinator. Daisy is a social worker, with international experience of case-management work with gender-based violence survivors. She is going to lead the new PNG Family and Sexual Violence Case Management Centre (CMC).