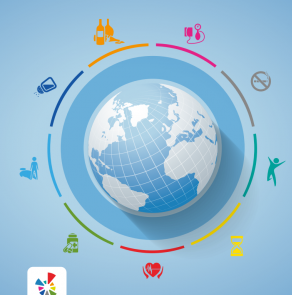 Several recently released reports have highlighted the significant impact of Non-Communicable Diseases (NCDs) on the health and economies of low- and middle-income countries. In this post I will summarise some of their key findings and policy implications.

The scale of the problem

The latest World Health Organization report on NCDs [pdf] states that they are the leading cause of death globally, responsible for more deaths than all other causes combined. NCDs were responsible for 38 million (68%) of the world’s 56 million deaths in 2012 (latest year available). Almost three quarters of all NCD deaths (28 million), and the majority of premature deaths (82%), occur in low- and middle-income countries. Four major NCDs (cardiovascular diseases, cancer, chronic respiratory diseases and diabetes) are responsible for 82% of NCD deaths. In Australia, the probability of dying between ages 30–70 (one way of classifying “premature death”) from any of these four diseases was 9.4% in 2012 (latest year available). But in Fiji the probability is 30.8%; in PNG 26.4%; and in Indonesia it is 23.1%. WHO further notes that “during 2011–2025, cumulative economic losses due to NCDs under a “business as usual” scenario in low- and middle-income countries have been estimated at US$7 trillion. This sum far outweighs the annual US$11.2 billion cost of implementing a set of high-impact interventions to reduce the NCD burden.”

A recent Council on Foreign Relations report on NCDs finds that they are “rising faster, affecting younger populations, and having worse health and economic outcomes than seen in developed countries”. More specifically, the report notes that:

NCDs that are preventable or treatable in developed countries are often death sentences in developing countries. Whereas cervical cancer can largely be prevented in developed countries thanks to the HPV vaccine, in sub-Saharan Africa and South Asia it is the leading cause of death from cancer among women; likewise, 90 percent of children with leukemia in high-income countries can be cured, but 90 percent of those with that disease in the world’s twenty-five poorest countries die from it. Nine out of ten chronic obstructive respiratory deaths worldwide occur in low- and middle-income countries.

The report also notes that NCDs impose high – but often preventable – out of pocket expenditures for households: in rural Ghana, minimum-wage earners with diabetes spend 60% of their incomes on insulin. In a previous post on this blog, I have demonstrated the high – and ultimately unsustainable – cost to government of providing pharmaceuticals in Vanuatu as diabetes and hypertension progress to more advanced stages in the population. Research published in The Lancet in 2010 has argued that prevention and management of chronic disease is a litmus test for the strengthening of health-systems in low- and middle-income countries.

The picture is gloomy, but there are some positive signs. The Institute for Health Metrics and Evaluation (IHME) recently analysed trends in cardiovascular disease – the leading cause of premature death in the world due to heart attacks and stroke – in 188 countries. Their study found that globally, the number of deaths due to cardiovascular diseases increased by 41% between 1990 and 2013, climbing from 12.3 million deaths to 17.3 million deaths. South Asia, including India, experienced the largest jump in total deaths due to cardiovascular diseases, with 1.8 million more deaths in 2013 than in 1990 – an increase of 97%. IHME analysis finds that population aging accounted for over half (55%) of the increase in global deaths, with population growth and changing disease patterns also important.

Financing of NCD prevention and treatment

There is a clear need for an increase in the quantity – and quality – of public expenditure for health in general. The Council on Foreign Relations report notes that all the governments in sub-Saharan Africa together spend roughly as much on health annually ($US33 billion) as the government of Poland ($US31 billion). Furthermore, health spending by all low- and middle-income country governments, representing 5.7 billion people, is less than is spent by the governments of Canada, France, Germany, and the United Kingdom, which have a combined population of 245 million.

There is particular need to increase expenditure on the prevention and control of NCDs. The WHO report states that “there was a significant lack of funding available for NCD activities in low-income countries (18% reported no funding) versus the lower-middle-income (7%) and upper-middle-income and high-income countries (2%).” A report published online in March by The Lancet found that at least 2.3 million people may have died prematurely because they could not access kidney dialysis or kidney transplants. The largest treatment gaps were in low-income countries, especially Asia where almost 2 million people need such kidney interventions but are unable to receive them due to the high cost. Projections suggest the need for such treatments will more than double to 5.4 million people by 2030, with most of that growth in demand in Asia, rising to a projected 2.1 million.

Development partners are not allocating scarce foreign aid to where the greatest disease burdens lie. The Council on Foreign Relations report notes that in 2010 the US government spent $US44.17 in aid for each DALY (a composite measure of premature death and illness) lost to HIV/AIDS, $US4.21 for each DALY lost to malaria, and $US1.41 per maternal, child, and nutritional health DALY, but just $US0.02 for each DALY lost to NCDs.

“Best buys” for responding to NCDs

The WHO report has identified a package of “best buys” at a global level that countries should consider investing in to reach the global target of achieving a 25% reduction in premature mortality from the four major NCDs by 2025. These five cost-effective, high impact interventions involve tobacco control; reducing the harmful use of alcohol; improved diet and physical activity; selected drug therapy for cardiovascular disease and diabetes; and prevention strategies for liver cancer and cervical cancer. Clearly, the appropriateness – and affordability – of each needs to be assessed at the country level, but as a package they offer a menu of evidence-based strategic interventions.

WHO’s latest estimate is that the cost of taking action on NCDs amounts to an annual investment of:

The rise of NCDs is a development issue, robbing countries and individuals in our region of their health as well as scarce financial and human resources that could have been used for more productive purposes if prevention and treatment had been more effective. Australia has had a global leadership role in tobacco control and a strong track record in reducing cardiovascular disease. The latest research shows there are effective and affordable interventions that can help manage the challenge of NCDs.