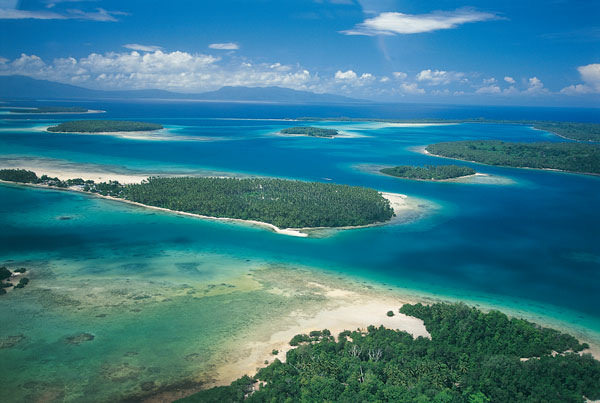 The term ‘ownership’ is so widely used in development that it has at times come to be seen as cliché. We often forget just how significant the concept is, and the extent to which its importance has increased since the turn of the century.

These developments led to a reconfiguration of conditionality, but not to its disappearance. Policy reform in recipient countries continues to be a donor priority. And for good reason. It is more widely accepted than ever that good institutions in recipient countries are critical for both poverty reduction and for aid to be effective. These days donor efforts to promote policy reform often take the form of ‘new’ conditionality, which is aimed at supporting reforms already identified by government, and is often attached to the provision of budget support. There is ongoing debate regarding whether ‘new’ conditionality is actually new, or represents a clean break from the past.

Can donors promote reform while not undermining ownership? Is conditionality, or the requirement that aid recipients undertake certain actions in return for the provision of that aid, inherently inconsistent with an ownership agenda?

I examine these questions in three Pacific island countries (Solomon Islands, Tonga, and Tuvalu) in a new research paper published by the ODI’s Development Policy Review. It is clear from the outset that these are not your typical aid recipients. In all three countries, donors enjoy considerable influence, playing an unusually important role in the provision of funding for both capital and operational expenditure by government. Donors have also sought to re-frame the donor-recipient relationship in all three countries in order to increase ownership, while at the same time using budget support to promote policy reform.

The term ‘new conditionality’ has been employed as part of these efforts. New conditionality differs to the conditionality used in the 1980s and 1990s (think the famous structural adjustment loans of the World Bank) in its focus on arriving at mutually agreed conditions through policy dialogue. The European Union defines the change as follows:

Harrison goes so far as to talk about ‘post-conditionality’ politics, arguing that ‘it becomes far less insightful to make distinctions between external (donor) and internal (government) interests’ as donors and governments work hand-in-hand developing policy.

Suffice to say, this view is controversial. There is ongoing debate concerning the extent to which the ‘new’ conditionality differs to that used in the past. And at the centre of this debate is the contradiction associated with donors needing to attach conditions to budget support in order to promote reforms that are ‘owned’ by recipient governments.

So, what can we conclude from the experience of Solomon Islands, Tonga, and Tuvalu – all countries in which policy conditionality, agreed through a policy dialogue, has been linked to the provision of budget support?

It would be too simplistic to argue that conditionality has led to a decline in country ownership in these countries. In interviews with government officials, there was generally support for the use of conditionality by donors, with many officials able to leverage donor pressure for reform as a means of advancing their own reform agendas. This view was especially common in (although not restricted to) the ministries of finance. One finance official in Solomon Islands, for example, noted that linking the provision of budget support to reforms that were already part of the ministry’s corporate plan ‘helps us get the attention of [political] leaders’.

Conditionality was also viewed by government officials as a means of facilitating donor engagement, or in the words of a Solomon Islands official from the planning ministry, as ‘a strategy to prevent loss of commitment from donors’. In Tuvalu, a finance official stressed the importance of conditionality in helping to ensure that necessary technical assistance was available to implement reforms.

But views did differ across government. Central government agencies responsible for negotiating policy priorities and budget support conditions viewed conditionality more positively than did line agencies. In fact, many actively used conditionality to promote their own reform agenda in line agencies that had previously resisted reform: something especially evident in the case of Public Financial Management reform. Limited buy-in from line agencies was considered a problem. In Solomon Islands, for instance, the fourth annual report on the Core Economic Working Group noted in 2013 that ‘while ownership … seems to have strengthened in the Ministry of Finance and Treasury, ownership across government seems to remain low’.

There was opposition to conditionality in areas of a politically sensitive nature. In Solomon Islands, this included the Constituency Development Funds (CDFs) (funds provided to Members of Parliament for direct allocation to constituents) and the allocation of tertiary scholarships. Resistance extended beyond political leaders themselves (who would be expected to oppose reform in these areas) to include civil servants. One senior planning official argued that political issues ‘should not be in there [in the list of reform priorities], we do not control them’.

Such cases illustrate a divergence between the ideal of ‘new’ conditionality and its implementation. In all three countries, the provision of budget support has been linked to at least some reforms that are not government priorities – a clear breach of the ownership principle. But this was by no means universal. Indeed, there has been a marked shift in the emphasis that donors place on policy dialogue, as well as a willingness to condition aid on existing government priorities. Claims that development assistance providers practice ‘business as usual’ and are using the ‘new’ conditionality for the purposes of ‘“micromanagement” of recipient policies’ are very much exaggerated. But so are arguments about conditionality now being a misnomer.

With respect to country ownership, the case studies point to a complexity rarely acknowledged in discussions of country ownership that tend to focus on a donor-recipient/principal-agent dichotomy. It is too simplistic to argue that the use of conditionality to promote policy reform led to a decline in country ownership, even in cases where political leaders opposed reform. In many cases, conditionality was used by domestic supporters of reform in order to pursue their own agendas. In some cases, this improved ownership as domestic champions of reform sought to broaden support for reform and involve other actors in discussions with donors. In other cases, ownership declined as reform champions purposefully excluded opponents from policy discussions and the broader policy debate. Ultimately, impacts were context-specific, and determined by (changing) political dynamics in the recipient country. Such findings are as relevant today for the ‘new’ conditionality as when identified over a decade ago in response to the failure of the ‘old’ conditionality.

The article summarised in this post will appear alongside a paper by Robin Davies and Jonathan Pickering on developing countries’ perspectives on development finance (see this post for a summary of the relevant survey) in the Development Policy Review. Interviews that inform this paper were undertaken as part of a broader Asian Development Bank study of aid to the region.