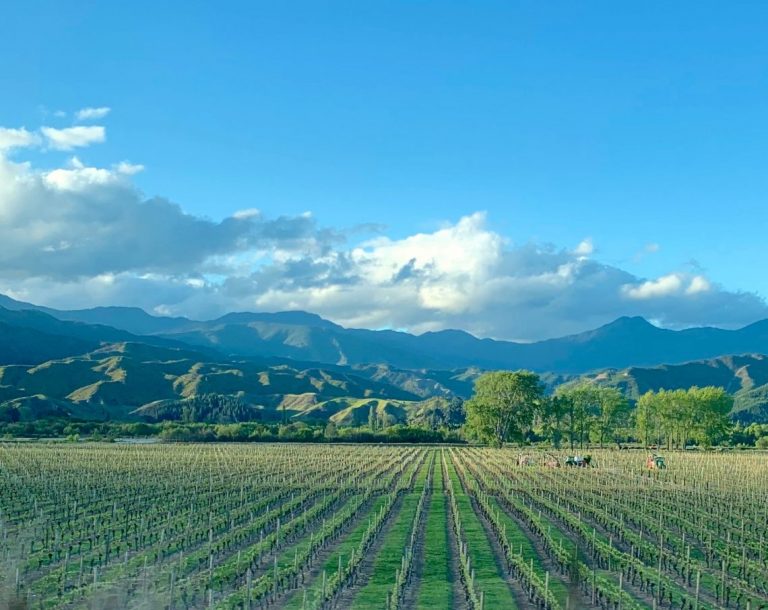 New Zealand’s summer harvest period is fast approaching and with it the need for seasonal labour. With the international border remaining closed, preventing the usual influx of migrant workers, there is ongoing talk of labour shortages across a range of crops including vegetables, berries, summerfruit, pipfruit, kiwifruit and wine. The focus at both the regional and national level is on the numbers: the numbers of workers needed for harvest and those potentially available for seasonal work.

An earlier blog provided some insight into seasonal labour supply and demand across horticultural crops and regions, and the different types of casual labour used to maintain, pick, and pack, fruit and vegetables. There are three main sources: local New Zealanders, workers predominantly from the Pacific who come in under the Recognised Seasonal Employer (RSE) scheme, and international backpackers on working holiday visas.

One of the challenges facing the horticulture industry this year is the shortage of backpackers. According to industry representatives, in previous years approximately 70,000 backpackers would be in New Zealand over the summer months and could be drawn on for orchard and vineyard work. That number is down to approximately 11,000 backpackers who have remained here since the border closed on 19 March 2020. For regions like Central Otago, which makes extensive use of backpackers for the cherry harvest in December and January, replacing backpackers is a critical factor this season.

Of arguably greater importance than the backpackers are the 14,400 RSE workers who enter the country annually as an essential supply of reliable, skilled seasonal labour during peak harvest and pruning periods. This November, there are around 6,500 RSE workers still in the country following the border closure, which is approximately 1,000 more RSE workers than in November 2019 (5,675). By March, however, there would normally be at least another 5,500 RSE workers in New Zealand for the peak apple harvest.

To date, the government’s response to the strong lobbying by industry bodies to address the impending labour shortage has been to tell growers to make better use of local labour. A rising national unemployment rate due to the ongoing effects of the COVID-19 pandemic indicates there are New Zealanders available and seeking work.

In response, industry groups are adopting a wide range of strategies to try and attract Kiwis, especially students, into seasonal work this summer. These include: recruitment drives at universities and polytechnics, hosting horticulture employment expos, social media campaigns, and advertising on websites like Pick Tiki that connect students with jobs, accommodation and tourist activities in different regions.

The challenge, however, is actually getting Kiwis into seasonal work. A common theme in recent media coverage of the industry’s predicament is that the inability to attract locals is simply down to low wages; if industry wage rates were higher, kiwis would do the work. There is an element of truth to this argument. Recent research on the RSE scheme has indicated that for RSE workers, at least, wage rates have moved relatively little over the past decade.  There are some exceptions, and growers are quick to point out their “top earners” on contract rates might earn up to $40 an hour. But the average worker is earning much closer to the minimum wage of $18.90 an hour.

Unions, among others, are pushing for horticultural employers to pay workers a living wage, currently set at $22.10 an hour, rather than the minimum, in an effort to encourage New Zealanders into seasonal work. If implemented, this would be welcome news not only for Kiwis, but also for RSE workers who should benefit from the higher wage rates.

But when it comes to attracting locals into seasonal work, it’s not solely about wages. There are other factors that can make seasonal work unattractive:

For horticultural employers, workers’ skills and experience is another crucial part of the equation; the productivity of 20 skilled pickers/pruners is higher than 20 untrained workers. There is a pervasive, and false, view that horticultural work is unskilled. This is not the case. There are many tasks, such as winter pruning of grape and kiwifruit vines, which require considerable skill and take workers several years to learn and become fully proficient. RSE workers, many of whom return year after year, along with the small permanent workforces in the industry, provide that essential, skilled pool of labour.

New Zealand’s horticulture industry is export-driven and our reputation is premised on high-quality produce. The risk this summer is twofold: 1) there isn’t enough available seasonal labour and orchards are under-picked, meaning fruit is left on the trees; and 2) the workers that are available are predominately new and inexperienced recruits who lack the skill, speed and proficiency of experienced RSE workers who would normally do the work. Combined, these two factors will impact the quantity and quality of fruit picked and, according to one commentator, could do long-term damage to our international reputation as a high-quality exporter.

Industry has been pushing for months for the government to address the impending labour shortage. While acknowledging there are a range of issues the government must work through when considering a special pathway for RSE workers to re-enter the country, not the least of which is how quarantine will be managed, industry representatives argue the systems and processes are already in place to enable them to safely manage the return of RSE workers from largely COVID-free countries.

Australia has already re-opened the pathway for Pacific and Timor-Leste seasonal workers to return under their Seasonal Worker Programme (SWP). Workers from the Solomon Islands, Tonga and Vanuatu and are now employed in the Northern Territory and Queensland, and plans are underway in Tasmania for around 700 SWP workers to re-enter the state for their summer harvest.

The New Zealand Government’s inaction to date is surprising given horticulture has been put forward as the industry to spearhead the country’s post-COVID economic recovery. Now is the time to ease restrictions on the re-entry of skilled, experienced RSE workers who can support the $9.5 billion dollar horticulture industry through the critical harvest period.