What happened to NGO donations in the first year of COVID-19? 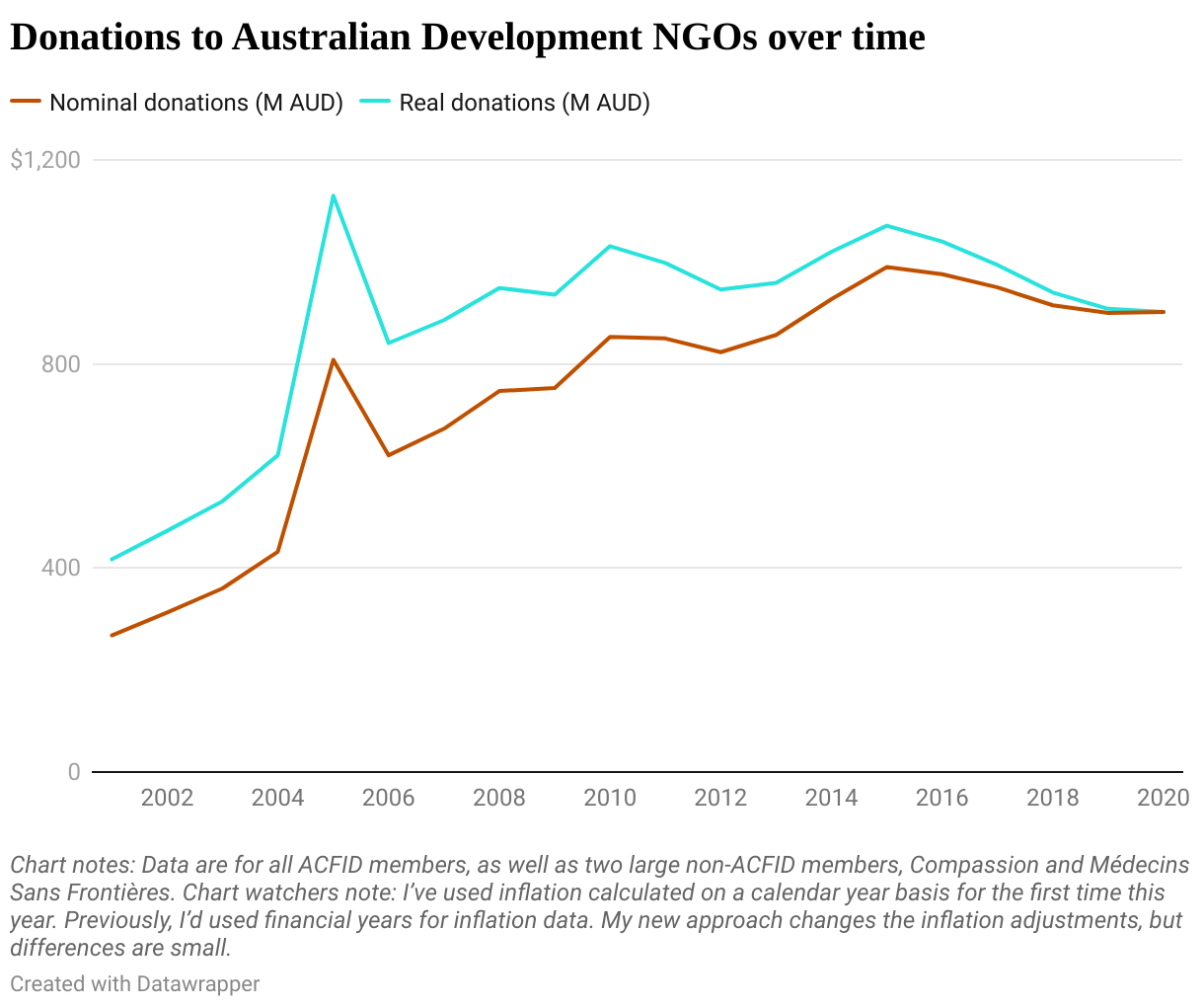 Disclosures This research was undertaken with the support of The Bill & Melinda Gates Foundation. We are grateful to the Australian Council for International Development (ACFID) for sharing the data. The views represent those of the author only.