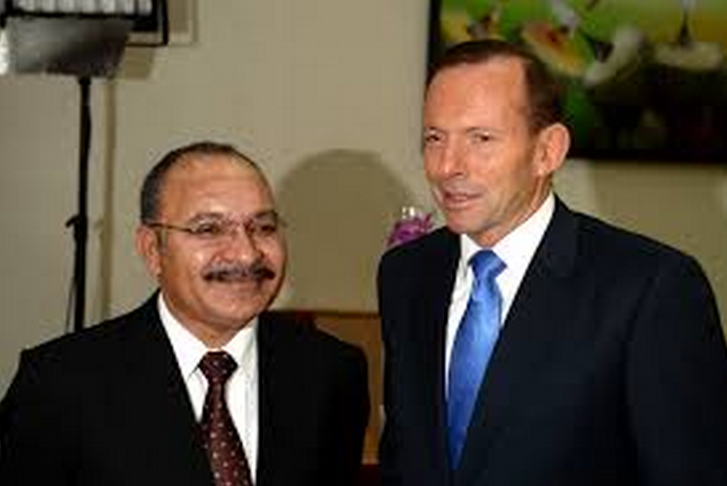 Of Manus and megaphones (or how I learned to stop worrying and love a bit of M.A.D)

Stephen Howes makes a strong case in Friday’s Australian that ‘there’s a price to pay (paywalled) for our indebtedness to Papua New Guinea’ for helping out with our Asylum-seeker obsession: he worries Canberra’s gratitude and anxiety hobbles our leverage in the relationship.

To summarise, he identifies four examples of areas where our inability to speak out frankly could hurt Papua New Guineans: Port Moresby’s instinct to spend revenue now (and indeed future gas income) rather than invest in the sovereign wealth fund Australia helped establish; its misprocurement of medical supplies and selection of a non-certified and expensive bidder for a major pharmaceutical contract; backsliding on university reform, including the mistreatment of Lae UniTech’s Vice Chancellor Schram; and Prime Minister O’Neill’s seizure of control of (fast-ebbing) revenue from the Ok Tedi Sustainable Development Program.

But I’d suggest there are some real advantages, as well as downsides, to greater motivation to pull our punches a bit. International relations scholars might refer to added ‘ballast’ in the bilateral relationship—whereby webs of shared interests and habits of mutual back-scratching provide added incentives to keep ties between close but dissimilar partner countries on an even keel during periodic quarrels. For those with more gothic tastes, strategists might describe the introduction of a degree of ‘mutually assured destruction’ (M.A.D) as stabilizing. The implicit link between our growing aid to Port Moresby and its assistance with a major Australian policy priority affords extra motivation to avoid damaging rows; not just a new arena for friction. The opportunity for PNG to ‘help a friend’, rather than only ever be helped, has also contributed to a sense of a more equal partnership among some Papua New Guineans for reasons I’ve outlined elsewhere, though those benefits have declined since Reza Berati was killed on Manus last month.

Of course, being able to discuss disagreements openly is vital to any healthy relationship. And publicly voicing sharp criticism of other countries—even via ‘megaphone diplomacy’—is occasionally warranted. (I’ve argued it was important for countries to strongly and visibly register unease at the aggressive way Beijing announced its Air Defense Identification Zone (ADIZ) in the East China Sea last November, and to use symbolic sanctions to help delegitimise the 2006 Fiji coup until Suva made significant and credible progress toward elections, for example). But I wouldn’t see any of the four challenges Stephen raises as areas where Canberra feeling more constrained than usual from jumping-up-and-down is likely to lead to a worse outcome.

To me, Port Moresby’s choice of companies to supply medicines to hospitals and aid posts comes closest to a line-call whether official public criticism might be valuable. Children will die and there will be much unnecessary suffering if the successful tenderer supplies fake drugs. And even if the company sources effective drugs from now on, Waigani won’t be able to buy as many of them as it would had a credible lower-cost provider been selected. Yet even here, the limited publicly-available evidence doesn’t show Canberra has been inhibited from quietly making its position quite clear. Nor does it suggest backing Waigani into even more of a corner would have kept communications channels open or left room to maneuver in the sort of discussions Prime Minister Abbott had with O’Neill last week. Loudly berating Port Moresby might have felt satisfying but refraining from doing so was the better course where keeping PNG leaders and officials squirming would likely only have entrenched the mistake and hardened attitudes against ensuring better future outcomes.

On the other three matters, I’d guess my personal views are probably pretty close to Stephen’s but I’m not so confident I share fundamental economic assumptions with O’Neill. Well, Tony Abbott’s hardly likely to have been a slouch warning about the risks of economic nationalism and sovereign risk to growth but, again, I’d expect a respectful exchange of prime ministerial views behind closed doors, once they established good relations, provided the best hope of being persuasive on such points.

Although no one’s suggesting we should be overbearing about lecturing Port Moresby in public or private, it’s all too easy to think of times when initially fairly mild expressions of irritation have quickly led to indignant bellowing and protracted sulking on one side or other of the relationship. With tonnes of historical baggage and some exasperating national quirks, as well mutual good-will in both Canberra and Port Moresby, it may be helpful for there to be some additional costs to consider when either side’s tempted to reach for the loud-hailer.

Karl Claxton is an Analyst at the Australian Strategic Policy Institute.

Karl Claxton
Karl Klaxton is an Analyst at the Australian Strategic Policy Institute.