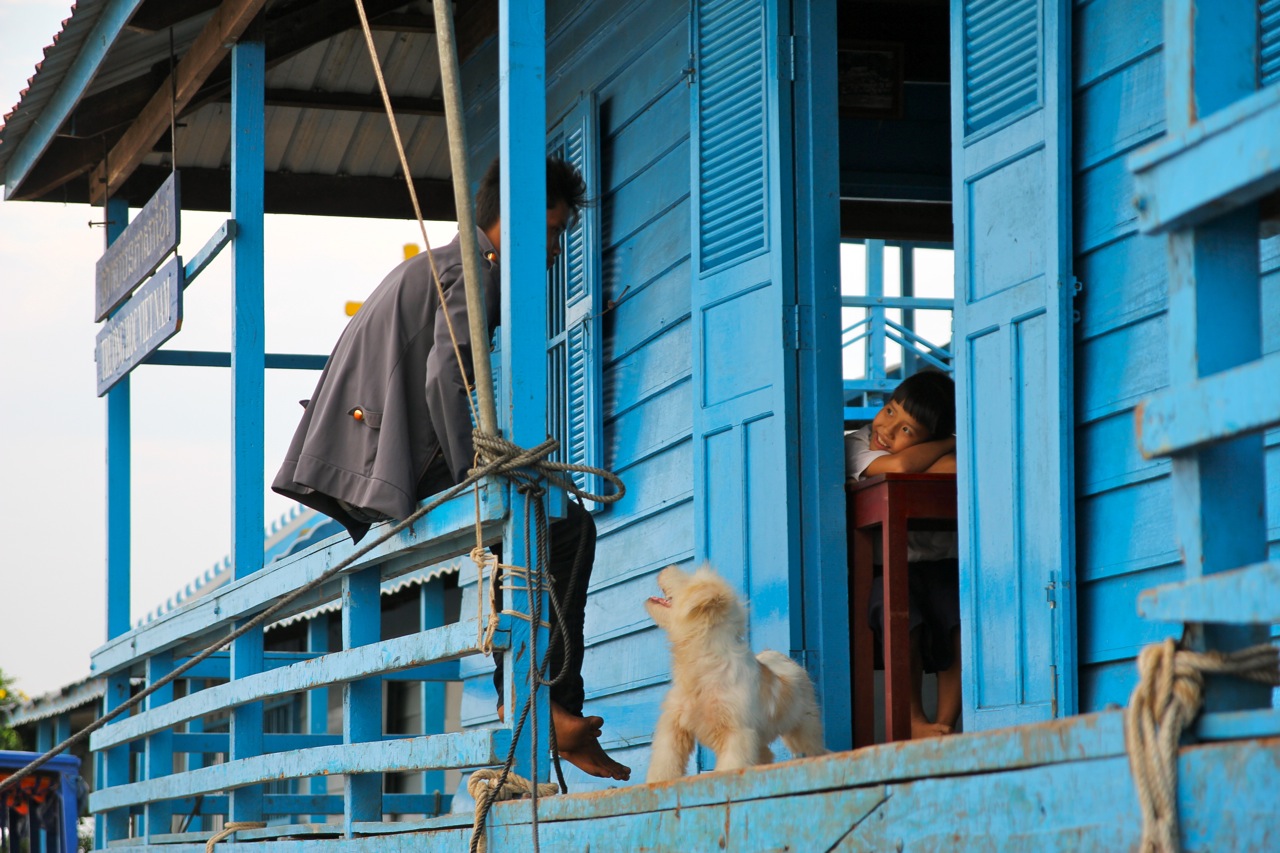 Recently I was in Siem Reap, Cambodia, where I took a trip to Tonle Sap, Southeast Asia’s largest freshwater lake and home to several floating villages. The lake is so expansive it seems like an ocean and it is a significant source of protein, micronutrients and livelihoods for Cambodian people.

After mere moments at the Chong Khneas village, the engine of our boat was switched off and our captain told us a heart-wrenching tale of suffering, helplessness and poverty. Apparently, hope doesn’t float.

The good news was that all we had to do was to go to the floating general store, buy some rice or pencils (at 10-20 times the Siem Reap prices) and then drop these off at a nearby waterborne orphanage.

Others on the boat were keen and I couldn’t see any land to swim towards, so I had little choice. When we got to the orphanage, I refused to go inside, but I could see the whole deal from the sidelines. In the time we were moored there, four other tourist boats arrived – in total, about 30kg of rice was donated in 15 minutes along with enough pencils to last a month. Apparently, tours of the lake start at 7am and go until sunset seven days a week. That’s a lot of rice and pencils. 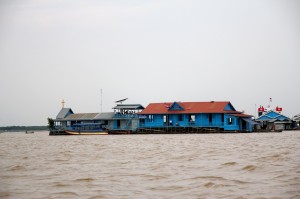 There were about 25 kids inside the ‘orphanage’. Every time a tourist boat pulled up and people went in to deliver their bounty, the children would stop what they were doing and shout a greeting or a thank you. Doing that every five minutes throughout the day is surely going to impact on your education.

It was obvious that the children were being used for profit. Yet boat after boat of people were pulling up to get their holiday feel good points by gawking at children trapped in a floating cage, chorusing multilingual greetings like polished professionals.

These days there seem to be a significant number of tourists who feel they haven’t ticked all the holiday boxes unless they rock up at an orphanage to drop some dollars and pick up some warm fuzzy feelings.

But if an individual is truly engaged in an act of giving when visiting these orphanages, why is there the expectation that the children give something back – either through being photographed, giving hugs, interacting or performing? These arrangements are transactional, often facilitated by a profit-making middleman such as a tour operator. And where does it end? In Cambodia, for example, there have been numerous reports of orphanages being used as a front for sex tourism and trafficking. Short-term volunteer stints in orphanages have also been found to be damaging for children’s emotional development (see also recent PhD research on WhyDev examining orphanage volunteering from a child’s perspective). Fairfax newspapers also recently reported on orphanages set up by Australians in Cambodia that are operating illegally.

There are many genuine organisations doing good things for children in Cambodia. It is extremely difficult to attract funding and resources for these activities, so it is understandably tempting to try to compete for funds from the steady flow of foreigners passing through the country.

It’s also natural for people to want to help when they encounter poverty and to give something back in exchange for the experiences they gain through travel.

But child protection is critically important, as is providing children and young people with education or training to earn sustainable livelihoods rather than teaching them to trade on handouts, their cuteness and a few catchphrases of English.

So what can be done?

First, aid agencies should work in partnership with developing country governments to strengthen child protection systems and to improve regulatory frameworks for orphanages and schools. Cambodia has [pdf] minimum standards for residential care and a policy that institutional care should be a last resort for children, though monitoring and enforcement capabilities are still weak.

The development of standards and guidelines within the tourism industry could also help.

Second, tourists should stop signing up for this stuff and do their research. Traveller education is key. Supporting orphanages and organisations that work to help children can be a very positive thing, but not when the children themselves are used as a prop.

Admittedly, I ended up at this tourist trap because I didn’t do my research – there was no power in Siem Reap when I arrived so I couldn’t Google and relied on word of mouth recommendations. But travellers need to be aware of child protection issues so they don’t actively seek out exploitative experiences and so that when they encounter them, they are shocked rather than snap-happy.

In the challenging contexts of developing countries, fledgling education, law enforcement and regulatory systems are struggling to play catch-up and can be slower to develop than mass tourism. Thus, reducing the demand for exploitative travel activities might be the most effective shorter-term approach to assist children to access their rights to protection, dignity and basic education.

Ashlee Betteridge is a Research Officer for the Development Policy Centre.