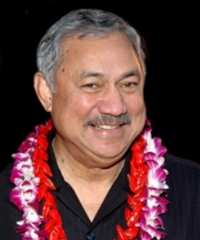 There has been a lot of political activity in the Pacific with elections in Vanuatu, Palau, American Samoa and Guam. Intense negotiations continue in Vanuatu as two rival groups seek to form a coalition government when parliament convenes on 19 November to elect a new prime minister. The new government could be shaky, however, with a number of election petitions being filed with the Supreme Court, which could result in by-elections. In Guam a recount of the ballots confirmed the preliminary results, while in American Samoa Eni Faleomavega was re-elected to serve his 13th term as the territory’s non-voting delegate in the US Congress but there will be a run off election for the position of governor. Voters in Palau rejected incumbent president, Johnson Toribiong, who was embroiled in corruption allegations.

The Fiji military government has reiterated its commitment to holding elections in 2014, and given an indication as to how the poll will be conducted. A second round of voter registration has commenced. Previously, approximately 500,000 people were entered onto the roll using the new electronic voter registration system. As the work of the Constitution Commission draws to a close, PM Frank Bainimarama clashed with the commission’s chair, Professor Yash Ghai, over a submission by Ratu Joni Madraiwiwi advocating for Fiji to be declared a Christian country. The decrees relating to the constitutional process have been amended, leading to concerns that there will be insufficient community consultation on the draft constitution.

The European Union has outlined plans to waive visa requirements for people travelling from Kiribati, Marshall Islands, Micronesia, Nauru, Palau, Samoa, Solomon Islands, Tonga, Tuvalu and Vanuatu. Excluded from the proposal are Fiji and Papua New Guinea, apparently due to concerns associated with their larger population sizes. Australia has moved to improve visa processing for PNG travellers by introducing an electronic application process. It is also reported that Canberra has pledged to stop issuing visas to PNG nationals found to be investing in Australia using the proceeds of corruption.

Barack Obama’s second term in the White House will see US foreign policy focus on trade and security issues around the Pacific rim, but regional analysts have called for deeper engagement with Pacific island nations. Perhaps a starting point could be around the impacts of climate change, raised as a key issue in Obama’s acceptance speech. At the same time it has been suggested that Pacific leaders reframe their position on climate change, shifting the emphasis from vulnerability to value.

Australia has promised to put climate change on the UN Security Council agenda and signaled its readiness to legally bind its emission reductions under a renewed Kyoto Protocol. These are positive outcomes for the Pacific, but the release of the Energy White Paper has brought into question Australia’s commitment. The paper advocates for a rapid increase of coal and gas exports. A breakthrough at the December UN climate change conference in Doha remains unlikely, with a number of countries, including New Zealand, not committing to a second period of the Kyoto Protocol. Climate financing will be a priority matter for the December conference, with developed countries called on to fulfill their funding commitments. Analysis suggests that Doha needs to focus on finding funding to triple the amount of finance on offer over the next three years.

The PNG National Research Institute has released a new Spotlight Article summarising ten years of budget trends in PNG, and based on research undertaken by ANU Professor Stephen Howes and NRI’s Andrew Anton Mako (presented at the recent PNG Budget Forum. On the basis of the research, NRI Director Thomas Webster has called for more emphasis on budget implementation, rebalancing towards provincial governments (whose share of spending has fallen over the last decade) and for ‘increases to the recurrent budget in key priority areas rather than increasing the development budget allocations’. The PNG budget is expected to be brought down later this month.

Agriculture and land in PNG

New research from the National Research Institute in PNG has surveyed 244 informal traders in six markets in Port Moresby. It finds that traders are evenly divided between those who have brought from others, and those who are selling their own produce. Traders have been in the market for an average of eight years, and most have experienced only gradual expansion, despite the shortage in the supply of fresh produce to Port Moresby, in part due to constraints around land utilisation. The presentation recommends the introduction of contract farming as one way forward. The paper was presented as part of the NRI National Land Development Conference on How to Make our Land Work’ in PNG on 29-31 October.

PNA want more for their fish

Parties to the Nauru Agreement (Federated States of Micronesia, Kiribati, Marshall Islands, Nauru, Palau, Papua New Guinea, Solomon Islands and Tuvalu) want the US to pay more for accessing the Pacific’s fisheries. The US offered to triple its annual access fee from USD 21 million to 63 million, but PNA member states have agreed on a minimum price of USD 5,000 per day per vessel. Allocation of the US access payment is also on the negotiating agenda – currently PNA members receive 85 per cent of the funds while the other 15 per cent is distributed amongst all Forum Fisheries Agency member states irrespective of the location of catches. Palau has joined forces with Greenpeace to tackle illegal fishing and a joint patrol recently sank illegally deployed fish aggregation devices.

The minimum wage in Fiji has been increased by up to 10.4 per cent across a range of sectors. The military government described the move as a reflection of ‘positive growth’ in the economy. However the Fiji Trades Union Congress has not welcomed the change, claiming that the increases are insufficient to alleviate poverty in Fiji. Elsewhere, a pro-poor advocate has called for the new constitution to be one that eradicates poverty.