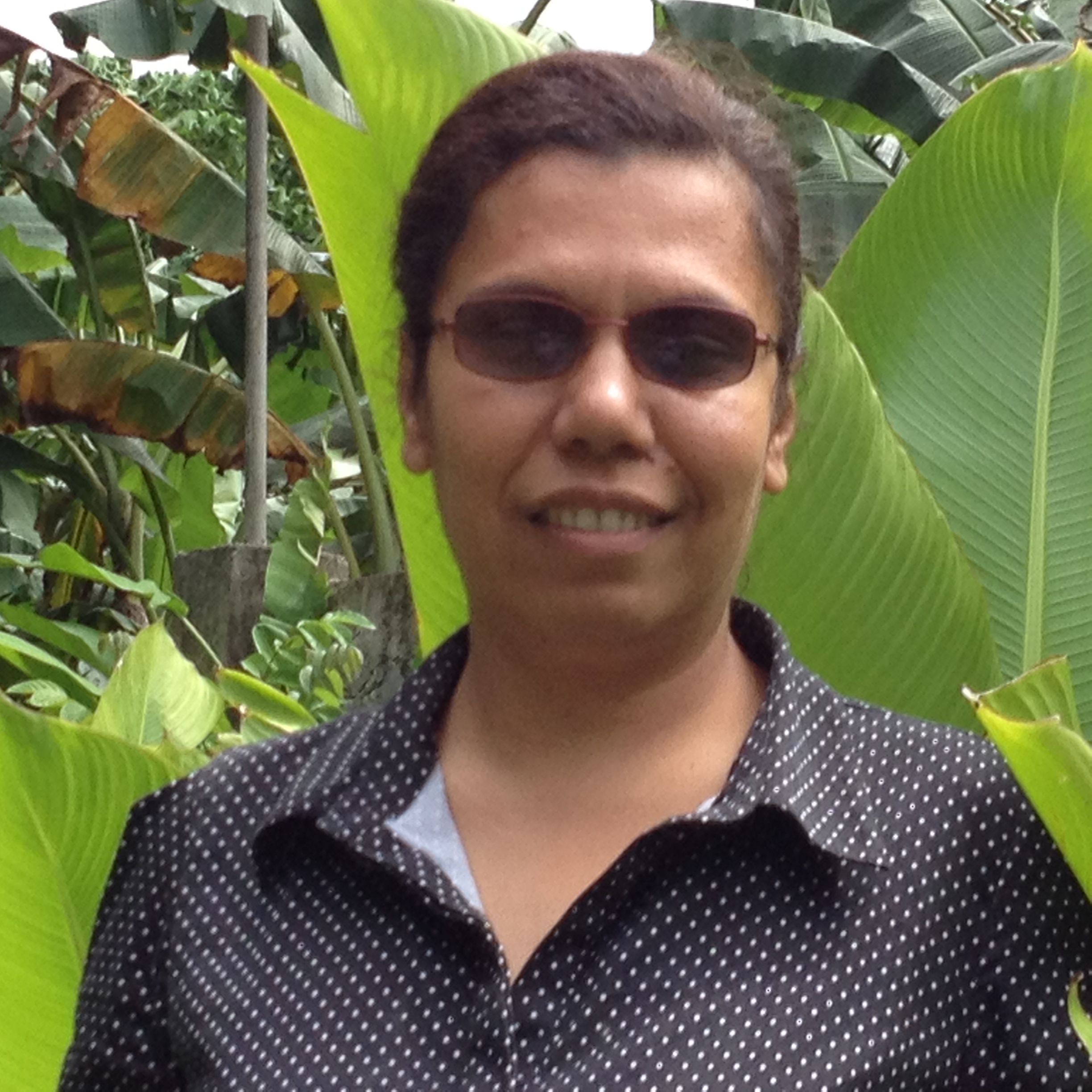 Tess Newton Cain recently visited the Vanuatu Chamber of Commerce and Industry (VCCI) and met with the General Manager, Astrid Boulekone. You can listen to a podcast of their conversation here or read a full transcript here. For the highlights of their discussion, read on …

We started by discussing the current state of State Business Relations (SBR) in Vanuatu. Astrid said that the relationships were based on active dialogue and consultation between the private sector (through the VCCI) and relevant ministries, departments and public institutions. She felt that overall the relationships had improved in recent times, although there was still some way to go:

We think that there is sometimes not enough consultation. And we are sometimes taken aback … The bill has already gone through Parliament, been approved, endorsed, and then it becomes gazetted. And so it’s a fait accompli, and what can we do? We just have to deal with it. Even if we raise concerns and worries about what could be the outcomes or the impact of the implementation or enforcement of such laws or legislation in Vanuatu at the national level, it’s very difficult for the Chamber of Commerce and the private sector to just communicate at that level and make them understand that there’s a need for prior consultation before any documents become laws.

Astrid advised that the VCCI was working to improve this situation by building on existing formal/reporting relationships with key government partners (e.g. the Ministry of Trade, Tourism, Commerce and Industry). This, it is hoped, will make the communication between business and state more collaborative, efficient and productive. The comments made by Astrid reflect wider observations on the relatively weak state of SBR throughout the Pacific island region.

Turning to policy issues, Astrid identified some key areas of interest and concern for the VCCI’s members. A comprehensive private sector policy is in development and is due for publication in 2014:

In terms of how this approach is aligned with government policy, Astrid points to the first element of the Priority Actions Agenda [pdf] (PAA) for 2006-2015, which specifically references the significance of the private sector in the future economic growth of Vanuatu.

We then turned our discussion to a particular aspect of the Vanuatu economy – the contribution of tourism. Astrid confirmed that tourism is a significant aspect of the Vanuatu economy. She noted that there had been more than 300,000 visitors to Vanuatu during 2012 and that the current momentum in this sector is expected to continue in the medium term. This chart shows that visitor numbers have increased over the period 2010-12, with most growth in the cruise ship (day visitor) segment (2013 figures for cruise ship arrivals are reported to be 217,000): 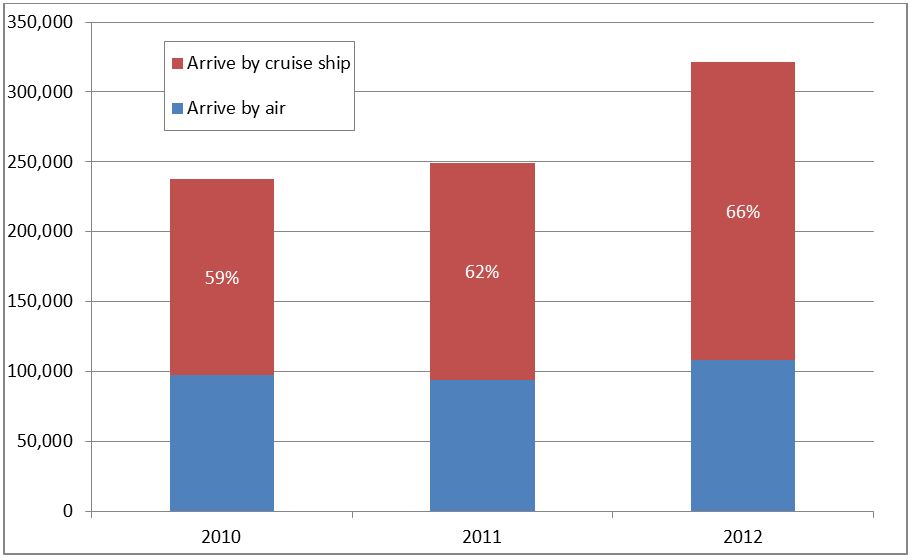 Astrid confirmed that the current thinking of the VCCI is that the replacement of the pavement at Bauerfield airport in Port Vila is of greater importance to the tourism industry than the construction of a new airport, a proposal that is currently under consideration at ministerial level.

Other initiatives within the tourism sector include VCCI’s participation in the Pacific Growth and Employment Project (PGEP), which is funded through the Australian aid program. It is aimed at creating employment opportunities in rural areas by developing linkages to tourism activities:

This led to a discussion of how the agricultural sector might be developed in Vanuatu. Astrid confirmed that rather than being focused on increasing agricultural exports there were some very good reasons why domestic markets should be prioritised. One is as a way of spreading the benefits of tourism by facilitating more and better supply chains between primary producers and tourism. Another is recognition of the need for greater capacity for farmers before tackling exports:

Why we think this way is because our local lead farmers in Vanuatu, they still need to learn a lot. They need to learn a lot in terms of control of quality and quantity of their production. And how we, not only the VCCI, but also the Vanuatu government, other key stakeholders (and) donor agencies can help these lead farmers to actually sell and better market the produce, not only at the provincial level, but at the national level first.

(For other recent commentary on developing agricultural policy in Vanuatu and elsewhere in the region, see here and here).

Astrid revealed that the VCCI has been thinking further about how to include more primary producers as suppliers to tourism and other domestic markets. A scheme to set up provincial quality checkpoint houses as a form of ‘agri-brokering’ is currently in development:

We discussed what was needed in order for initiatives of this sort to go ahead and be successful. Astrid said that from the perspective of the VCCI there was not much more needed in terms of the policy environment, which is considered to be generally supportive. Similarly, access to credit and financial services is not considered an impediment, thanks to the reach of the National Bank of Vanuatu (which has 28 branches and is the only commercial bank to operate in all six provinces). However, there are still significant infrastructure gaps that need to be filled:

In terms of infrastructure, this is where there is a big gap … there is this project, that the Ministry of Infrastructure is currently implementing, … to improve inter-island shipping services. And we think that if there were also … building, rehabilitation or renovation of wharves and jetties in the outer islands, then what we would see is a better inter-island shipping service for routing between the outer islands and the main business markets to actually supply food stuff. I’m thinking about vegetables, fruits, and even other products, agricultural products.

One aspect of infrastructure, which carries with it a lot of hope for future opportunities, is the submarine fibre optic cable. Astrid expressed a heartfelt wish that once it is operational, telecommunications operators would be able to provide increased connectivity throughout Vanuatu and that this would create new and sustainable economic opportunities in the future.

Tess Newton Cain (@CainTess) is a Research Associate at the Development Policy Centre. Astrid Boulekone is General Manager of the Vanuatu Chamber of Commerce and Industry.