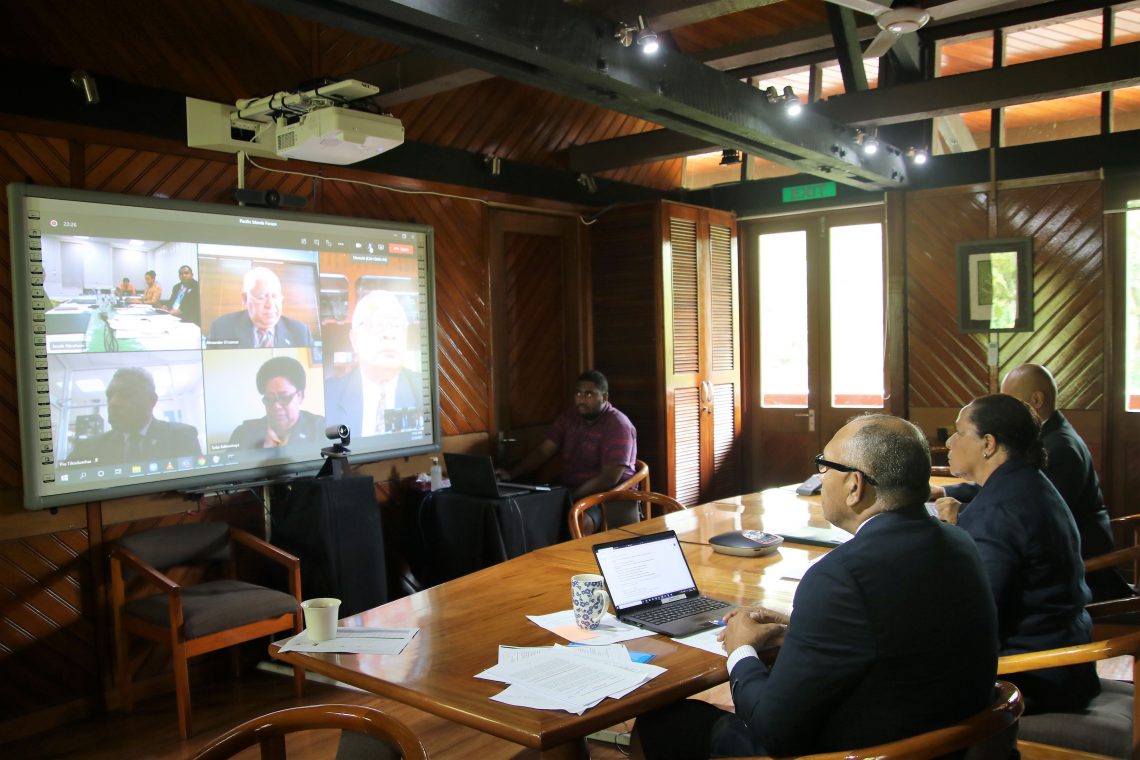 Pacific Islands Forum: the first casualty of a changing culture of dialogue

The withdrawal of the five Micronesian members from the Pacific Islands Forum (PIF) may be seen by pessimists as the beginning of a further erosion of regional cooperation institutions. Others point to the only conditional importance of the PIF, positioning the bar for withdrawal very low. Still others accuse Australia, and some Australia in cooperation with New Zealand and France, of constructing a horizontal dividing line between Melanesia, Polynesia and the Micronesian states.

Strikingly often, a certain kind of sympathy for the Micronesian island states’ behavior is expressed in the comments. This is justified by the fact that the five had announced beforehand that if their candidate for Secretary General, Gerald Zackios, was not elected, they would all leave the PIF. They also indicated that they felt and still feel marginalised in the PIF in general. Nevertheless, this does not absolve the Micronesian states from the responsibility of having taken the first step toward escalation themselves.

If one chooses tactics of intimidation in the run-up to an important decision, one should consider that pressure always produces counterpressure. Complaints that one’s own confrontational tactics have not worked, and that this is unfair, are frivolous in a democratic secret ballot, regardless of whether one insists on a gentlemen’s agreement or not. In any case, a diplomatic, well thought-out approach looks different.

But perhaps the cause of this confrontational development, which is unpleasant for everyone, lies somewhere else entirely, namely in the changed culture and dynamics of discussion. As a scholar looking from outside the Pacific at the island nations with great sympathetic interest, I have always seen regional traditional conflict resolution mechanisms as impressive, meaningful, and often a model for other areas of the world. Respectful conversation and consensus-building have been and are a major reason why the nations of Oceania are among the more peaceful in the world.

But this PIF meeting and the election of the Secretary General was the first in the Forum’s history to take place entirely online.

We all know that Pacific cultures are cultures of spoken word, oral traditions, and face-to-face respectful interactions. Probably many who communicate from outside Oceania with representatives in the region will confirm that in Oceania, even more than in other parts of the world, it is important to be on the ground and to maintain personal contacts through recurrent visits. Letters and even emails may be answered only with delay or often not at all. But when you show up in person at the gate, you are overwhelmed by the effusive hospitality, which reminds you that priority is based on the physical presence of the interlocutors, not on loose communication time-delayed and over great distance. Only the new social media, above all Facebook, have broken down this gap and intensified a basis for conversation that is continuously maintained and balanced by both sides.

In this fateful PIF election, these physical meetings were almost completely eliminated. As anyone who has ever attended conferences can confirm, coffee break conversations, conversations in the hallways, backroom talks, and one-on-one chats are in fact the opportunities where things are negotiated. This is where ambiguities can be cleared up through personal conversations, and where misunderstandings are clarified. Yes, even the personal vanities of politicians, who all see themselves as alpha animals, can only be satisfied through a mixture of flattery and concessions. Not to mention the now missing accompanying programs, where eating and kava drinking together creates many opportunities to discuss and ‘pre-decide’ things at an informal level.

None of this happens in a plenum where everyone is present. Usually, decisions are announced in the plenum that have been laboriously worked out and prepared in the back rooms beforehand, balancing all interests in a compromising manner. This was largely absent from the online-only PIF this time.

Thus, both the decision to vote and the subsequent decision by Micronesian countries to leave are due to a COVID-19-related change in the culture of discussion. The first victim of these changed decision-making processes is the PIF, but political decisions worldwide are now all made according to different, slightly changed, and in some cases exclusionary new rules of the game. Almost inevitably, the decisions are made under more confrontational conditions, without misunderstandings being earlier clarified and thus defused.

If one wants to see at least something good about the events in the PIF it is this aspect – that the things that happened there can serve as an example and warning for others. Changed decision-making processes must be considered and taken into account in future for purely online events.

Hermann Mückler
Hermann Mückler is a Professor at the Department of Cultural and Social Anthropology, University of Vienna, with a regional focus on Oceania, Australia, and Asia-Pacific. He is the founder of the Austrian South Pacific Society and president of the Anthropological Society in Vienna.