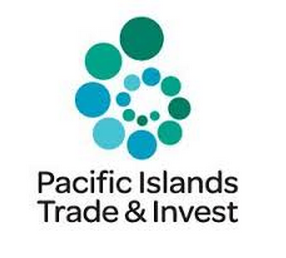 Remittances are extremely important for several Pacific island countries. Samoa and Tonga are two of the most remittance-dependent countries in the world. In Fiji and Vanuatu, remittances are the second most important source of foreign exchange, behind tourism. Other countries, such as PNG and Solomon Islands, are trying to up their remittances pie by expanding their participation in Australia and New Zealand’s seasonal worker programs.

Given all this, one would have thought that the Pacific body charged with increasing Pacific interaction with international commerce would have promoting labour mobility as a core mandate. But it doesn’t. Pacific Islands Trade and Invest (or PT&I) focuses on, as the name suggests, trade in goods and investment flows. It does concern itself with the movement of people, but only those moving into the Pacific, as tourists, and not much with those heading out, as workers. To its credit, PT&I has been involved with the NZ Pacific seasonal worker program, but in general labour mobility has been absent from its work program.

Why this blind spot? Perhaps the organization takes its lead from other similarly named entities such as Austrade, which take no interest in matters related to outward migration. Perhaps, more generally, it is due to viewing the Pacific through a conventional developmental lens with inadequate acknowledgment of its special characteristics.

What would a labour mobility mandate mean for Pacific Trade and Invest? The body could certainly help promote the Australian and New Zealand schemes in the Pacific islands. More importantly, it could promote seasonal workers to Australian and New Zealand farmers, through the offices in these two countries it already has. It could also provide consolidated feedback to both governments on the working of the schemes, and what needs to be done to expand and improve them.

It could also research and discuss with ANZ governments how the Pacific could be useful in filling the huge labour shortages both countries face in other sectors. Nursing homes would be a great place to start.

But the Pacific should be looking beyond ANZ to Asia. Timor has managed to get workers sent to Korea. Has that worked, and could other Pacific countries follow suit? What other opportunities are there – in Japan, in the Middle East? Pacific Trade, Invest and Work, as I’d rename it, could be charged with gathering market information and identifying labour mobility opportunities.

PTI&W could also be charged with having another look at the seafaring industry and working out how to reverse the huge decline in entrants into that market from the Pacific.

More generally, how can Pacific islanders get the skills to migrate under existing skilled migration routes? The Australia Pacific Technical College hasn’t helped much, but the Philippines is one country that has worked out exactly how to do this. A body charged with promoting Pacific labour mobility could investigate what needs to be done, and then help put the process in motion.

Indeed, in the longer term, the Philippine Overseas Employment Administration could be the agency to emulate. Look at the MOUs it has recently signed with Korea, Taiwan and Germany.

Australia and New Zealand are the main funders of Pacific Trade and Invest. Both profess to want to expand labour mobility opportunities for the Pacific. And Pacific island nations are also giving more attention to the issue, including through the World Bank’s PAILS (Pacific Islands Labour Sending) fora, the third of which will be held in Vanuatu this year.