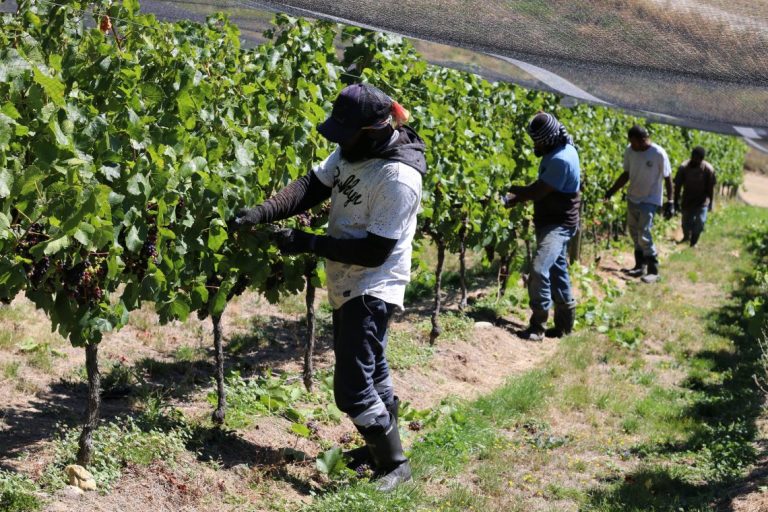 On 27 November 2020, the New Zealand Government announced the first major border exception for foreign workers since the start of the COVID-19 pandemic and closure of the international border in March 2020. Two thousand experienced Pacific seasonal workers can enter New Zealand between January and March 2021 under the Recognised Seasonal Employer (RSE) scheme to assist with the summer harvest in the horticulture and wine growing sectors. The announcement followed months of lobbying by industry.

For RSE employers wishing to secure workers under the border exception, the costs are significant. Employers pay the workers’ return airfares (with 50 percent of the cost recovered from workers) and two weeks’ quarantine costs in government-run managed isolation and quarantine facilities (MIQ) in Auckland. RSE employers are required to pay their workers at the living wage rate of $22.10 per hour, as a minimum, and pay them the equivalent of 30 hours per week for two weeks while in MIQ. The living wage is higher than New Zealand’s minimum wage ($18.90 an hour).

RSE workers under the border exception are to be paid the living wage rate in recognition of their skills and experience. Employers remain subject to standard Immigration New Zealand administrative costs and workers’ visa fees, and domestic transfer costs to shift workers from Auckland to their work sites once quarantine is completed. Upfront costs are roughly estimated at $6,000 per worker. Spaces in MIQ are limited to 156 at a time in accordance with capacity, so the entry of workers will be staggered every four days over 13 inbound flights commencing from mid-January.

The 2,000 RSE workers are being recruited from three countries: Fiji, Samoa and Vanuatu. To be eligible to send workers to New Zealand, Pacific countries must have an agreed repatriation pathway in place to ensure these workers can return home at the end of the season along with any other RSE workers from their country whose contracts were extended during 2020.

The first group of Samoan workers arrived on 17 January 2021, with a total of 780 workers arriving from Samoa over the next fortnight. The Ministry of Business, Innovation and Employment has been working with Pacific governments to prepare workers for their trip, including a new pre-departure briefing heavily focused on understanding COVID-19 and MIQ requirements. Workers will be provided with a welcome pack translated into the workers’ lingua franca which outlines MIQ rules and what to expect during their time in MIQ. Workers are being housed two per room over the 14-day period and are encouraged to stay in contact with family and friends.

Industry, rather than government, is handling the allocation model for the 2,000 RSE workers, led by NZ Apples and Pears (NZAPI). Following the Government’s announcement in November, RSE employers were invited to submit Expressions of Interest (EOIs) to NZAPI. More than 6,000 seasonal workers were requested via EOIs. With only 2,000 available places, NZAPI’s main concerns have been to ensure workers are fairly allocated among those employers who have submitted requests, and to maximise utility of workers for critical harvest and pruning periods across a range of crops.

NZAPI have considered several criteria as part of the EOI and allocation process: the number of workers the RSE employer currently has in New Zealand; how many workers the employer would usually have over the peak period; and their ability to maximise workers across growers and regions. RSE employers either need to be sharing workers across regions or sharing workers with another employer on a joint venture. Employers cannot bring workers in and keep them for their own enterprise.

Large RSE enterprises that operate in multiple regions, as well as labour contractors and grower cooperatives, are in a good position to benefit from the allocation process. Of the four largest RSE employers, who each recruit more than 500 RSE workers in any given season, three already operate in multiple regions and all four have established joint venture arrangements with other employers. Between them, these employers accounted for almost 30 per cent of the total 12,260 seasonal workers recruited in 2018/19.

The majority of employers are, however, small. In 2018/19, 66 per cent of the 147 registered RSE employers recruited fewer than 50 workers each. These employers will be the ones who have to ‘team up’ with others to be eligible for any of the 2,000 workers. The high costs of recruiting workers under the border exception may also make it unfeasible for small employers to participate. It is likely the large RSE enterprises, with major export operations and good economies of scale, will be the ones who can afford the costs.

The 2,000 spaces are for skilled, experienced workers who are being brought in for seven months to perform specific orchard and vineyard tasks. New recruits are not eligible under the border exception. Tasks are broken down into two levels: Priority 1 (P1) and Priority 2 (P2), and cover a range of crops. For RSE employers who secure workers under the allocation, their workers must complete P1 tasks ahead of P2.

To start with, P1 covers the apple harvest along with harvesting of vegetables. The kiwifruit and grape harvests join the P1 list in March and April respectively. Pruning of grapes and kiwifruit follow as P1 tasks from May onwards. Apples are classed as P1 for four months (February to May); kiwifruit gets five months (March to July) and grapes get four months (April to July). While it is a specific requirement for RSE employers to share workers with other employers and/or regions, this may prove difficult if you are a large kiwifruit operation with both harvest and pruning tasks, or an enterprise that grows both apples and kiwifruit. There is a risk of tensions arising between sectors as harvest and pruning periods overlap and RSE employers want to retain skilled, experienced workers for critical tasks that impact on crop quality, quantity and ultimately export profits.

The Government’s decision to grant a border exception for RSE workers has been welcomed by industry groups as a positive step towards addressing this season’s labour shortage. It is also good news for participating Pacific countries who will welcome the opportunity to send workers to New Zealand to generate earnings and savings to financially support families at home.

It remains to be seen exactly how the 2,000 workers will be allocated among those RSE employers who have requested workers. There is also a question of whether the approximately 5,500 RSE workers who are still in New Zealand following the border closure, and who are now all experienced workers, will also be paid at the living wage rate for the remainder of the 2020/21 season.

Finally, will this be the only border exception granted for RSE workers this season? The 2,000 workers will bring the total number of RSE workers in the country up to approximately 7,500 – a shortfall of almost 5,000 RSE workers on the 2018/19 total (12,260). As HortNZ’s Chief Executive, Mike Chapman, recently noted, while this is a positive start for the 2021 harvest period, growers are already looking ahead to their labour needs for spring 2021 and summer 2022. Industry groups will be hoping that additional RSE border exceptions will follow.