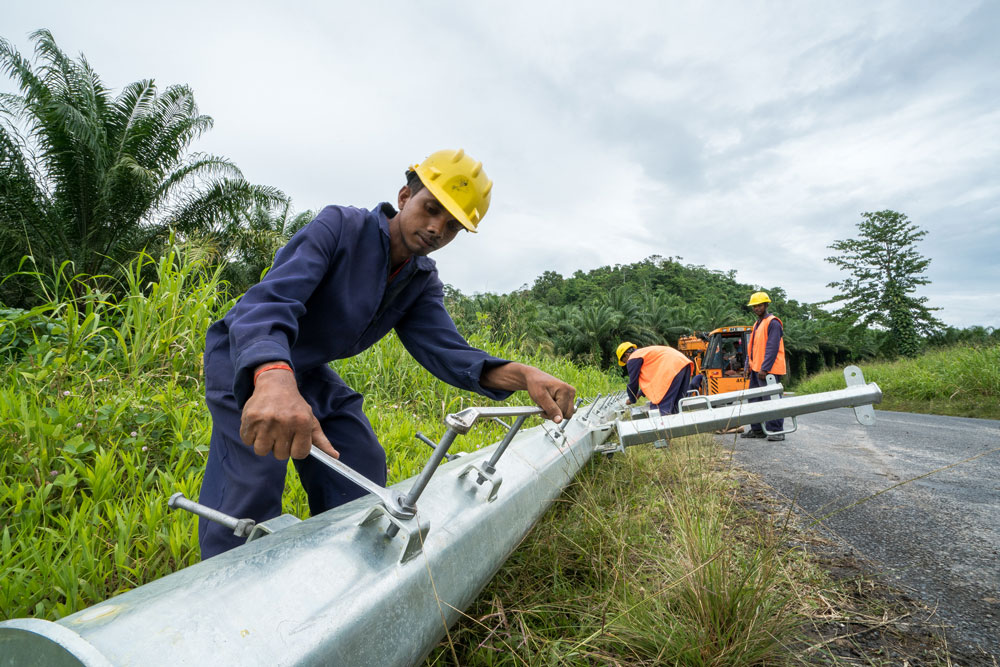 State-owned enterprises (SOEs) play a dominant role in essential service provision in the Pacific, providing services such as airports, ports, broadcasting, telecommunications, water supply and sanitation. So the way these SOEs operate and function matters – not only for their government shareholders, but also for the businesses that depend on SOE-delivered infrastructure, and for residents and communities that desire reliable and affordable utilities. Unfortunately, the contribution of SOEs to economic growth in the Pacific has consistently lagged due to inefficiencies and poor commercial performance.

Many of the Asian Development Bank (ADB)’s 14 Pacific developing member countries have taken important strides in the past 15 years to support SOE commercial operations – but balancing SOEs’ commercial mandates with their shareholders’ political imperatives remains a challenge. This is particularly true of SOE director selection processes, where government shareholders have often sought to influence decision-making through politically driven board appointments, rather than selecting the candidate best qualified for the position.

For Pacific SOEs to best achieve their commercial mandates, those in leadership positions must be up to the task. The ADB’s Pacific Private Sector Development Initiative (PSDI) has this week released a policy brief assessing the SOE director selection process in 11 of ADB’s Pacific developing member countries.

The brief argues that Pacific governments should have codified director selection processes that create the highest probability that the best-qualified candidate is selected – with the assessment of candidates left to non-political agencies such as the SOE ownership monitor and an independent selection committee, or a professional search firm reporting to the ownership monitor. As SOE shareholder, the government – whether through a responsible minister, shareholder ministers, or cabinet – can subsequently complete the process by confirming and appointing the candidate. In this way, director appointment processes more closely align with private sector practice.

However, these processes either do not exist or are not uniformly followed in many of the assessed Pacific countries. More than half of the 11 countries assessed undertake some form of board skills gap assessment to inform the SOE director selection process, and delegate the selection process to an advisory body. Yet only four – Papua New Guinea, Samoa, Solomon Islands and Tonga – have codified the director selection and appointment process (PNG having done so through the recent gazettal of the PSDI-supported Kumul Consolidated Holdings Authorisation [Amendment] Act 2021).

This increases the risk of suboptimal or politicised board appointments. Vanuatu, for example, currently has no overarching SOE legal framework, with director appointments made by the minister responsible for the sector in which the SOE operates – a potentially significant conflict of interest (an SOE bill is currently awaiting submission to Vanuatu’s parliament). In the Republic of the Marshall Islands, elected officials are not yet prohibited from sitting on SOE boards.

Likewise, while all surveyed countries indicated a desire to increase women’s representation on SOE boards, only four – PNG, Samoa, Tonga and Vanuatu – have proactive policies and practices to encourage more women applicants. As documented in PSDI’s 2021 Leadership Matters study, the overall percentage of women on SOE boards in the Pacific has not grown in recent years – it was the same in 2020 (18%) as in 2012.

Of the six SOE oversight ministries interviewed for the brief – in Fiji, PNG, Samoa, Solomon Islands, Tonga and Vanuatu – all vouched for skills-based director selection processes. In Solomon Islands, the State Owned Enterprises Act 2007 and additional 2010 regulations, which outlined a new director nomination process, led to a dramatic improvement in portfolio performance: its return on assets rose from -4.3% during 2002-2009 to 6.7% during 2010-2016. As noted by Solomon Islands’ Economic Reform Unit: “SOEs are now submitting annual reports on time, and overall financial performance and service delivery to the community has improved dramatically.”

There is strong evidence of a correlation between Pacific SOE board composition and performance – SOEs perform best in an environment supporting full commercial orientation, which includes codified, merit-based director selection processes.

SOE outcomes are best improved when Pacific governments rely on non-political entities to select the best-skilled candidate, in whom communities can trust to steer the SOE adroitly and ultimately help boost economic growth and living standards.

Laure Darcy
Laure Darcy is the State-Owned Enterprise and Public-Private Partnership Expert with the Asian Development Bank’s Pacific Private Sector Development Initiative, a technical assistance program undertaken with the support of the governments of Australia and New Zealand.