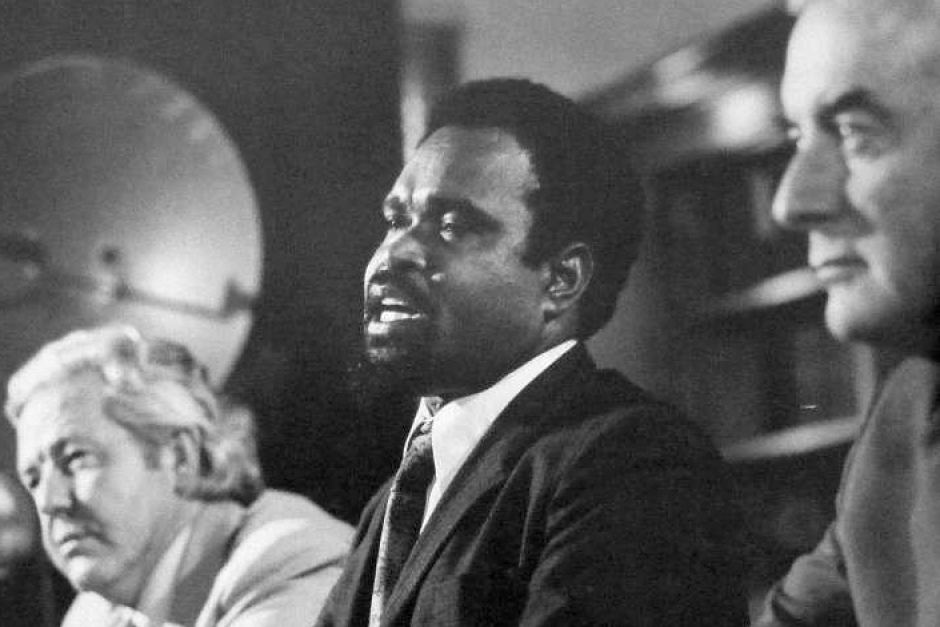 Port Moresby, sometime in 1977, a “going finish” party at the home of a retiring senior Australian bureaucrat. The mood was bright, a mixed crowd of men and women, expatriates of various points of origin and Papua New Guineans, mostly young. A British aid worker I was talking with declared, “This is the last major colonial possession to go independent, and this time we are not going to stuff it up.” The ‘we’ he referred to presumably included official aid donor countries, multilateral agencies from the UN, and the development banks — the Asian Development Bank and the World Bank — plus a host of NGOs providing technical assistance and volunteers. Some forty years later, with reports of incompetence and gross corruption in government, and violence on the streets of Port Moresby and other major PNG cities, it seems reasonable to ask, “did we stuff it up?”

Having been privileged to live in Papua New Guinea for more than five years spread over eighteen, and during my residence, not only to witness social and political evolution, but also to travel the country into some of the most remote areas of its complex geography, I know it as a place of awe and wonder. But in spite of 43 years of relative political stability, and an occasionally wobbly pattern of electoral processes, and even with considerable assistance from ‘us’, it remains unclear whether PNG continues to progress towards long-term democratic stability and economic viability.

Having acquired its own colony of Papua as a gift of the British Empire in 1901, and subsequently the former German colony of New Guinea as a Trust Territory, Australia was faced with the cost of managing them. The German colonists had focused on coconut plantations, which Australia carried forward. Discovery of the Wau/Bulolo gold field in 1928 proved not only profitable, but provided important royalties to help pay for colonial administration. Post-war investments in coffee in the Highlands were also productive, but there was little serious development effort until the 1950s.

Prior to independence, although it had under-funded education, Australia had invested in critical nation-building infrastructure through a national communications system, enhanced air transport with jet capable airstrips, and construction of the Highlands Highway. Since independence, Australia has provided generous budgetary and project assistance. But to fully understand the continuing challenges facing Papua New Guinea, it is essential to consider its unique physical and human geography. The high mountains of the main island capture vast quantities of rainfall, funnelling it down to the seas in steep, fast-flowing river systems which create waterlogged coastal plains. The deep channels dividing the landscape have resulted in a scattering of small isolated communities, each developing a unique language and culture. With such diversity, combined with a traditional communal land holding pattern, it is difficult to see how a period of more intensive colonial development and modernisation would have been possible. Even now, 43 years since independence and 73 since the end of the Pacific War, 80% or more of the population still lives in traditional rural communities, surviving largely on subsistence agriculture.

With independence in 1975, Australia’s colonial investments continued as development assistance, going through two phases, first as grants-in-aid of budget support; second, after 1993, replacing direct support with defined project assistance managed by Australian contractors. This enabled Australia, in consultation with PNG, to direct aid where both agreed it was most needed, but also ensured minimal misallocation of funds, and mollified Australian consulting firms, who could see potential for profitable involvement in PNG. With most of the aid money subsequently paid out against consulting contracts, there was significant budgetary impact.

Ascertaining the real or long term value of project aid can be difficult, since the measurable impacts may not be visible for years, or even decades, with successful implementation often dependent on factors outside the control of a project. For PNG it is undoubtedly the case that, measured against their objectives, some projects have been successful, some less so. But I would argue that the aggregate impact of project assistance, whether judged to be successful or not, has been important because Papua New Guineans have had repeated contact with outside expertise, with new methods and technology introduced that may be adopted and adapted, sometimes in ways not anticipated in the original projects, with important learning going both ways. Testing this argument would, of course, be difficult.

My personal view is that development assistance since independence, however large or well-managed, has had a worthwhile but limited impact on the course of the country’s development. The complex structure of PNG society and culture has determined the manner in which the political system has evolved, and consequently the direction of economic development. With a populace isolated in discrete groups, each with strong group loyalties, the task of establishing a colonial government had meant convincing several hundred distinct societies that there was a new master in charge. With independence, it also meant that in the Westminster system of government, installed by Australia, political strategies would evolve to cope with a gathering of elected members with almost no sense of belonging to a nation or even a gathering of the like-minded, resulting in unstable shifting coalitions whose loyalty was never guaranteed.

Members are elected to parliament on the basis of their commitment and ability to deliver certain rewards to their electorates, which – given the first-past-the-post system (later modified) and a large number of candidates – could see a member elected with a minuscule percentage of the total vote caste. As the electoral system and the management of business in Parliament has evolved, the cost of forming a government and maintaining it has seemingly left limited energy for the complicated business of running the country.

Economic development has largely been driven by outside forces investing in resource extraction, including gold, copper, oil and gas, and forestry. Although providing income for government, extractive industries have limited impact on wider development. In a sense, the relatively easy money of royalty income means government can avoid the careful consideration and budgeting required to address long standing issues like violent crime, urban in-migration, violence against women, tribal fighting and so forth, not to mention the ongoing need for better health and education facilities and transport infrastructure.

In sum, PNG was never ‘ours’ to stuff up. 43 years after independence, its problems are its own to resolve. Australia and other donors will continue to assist, weighing their own interests against PNG’s development needs. But although such assistance may provide welcome and beneficial support, its impact will be limited when measured against the weight of PNG’s geography, culture, and evolving political system.

This is an excerpt of an article published in Development Bulletin No. 80 “Aid to Papua New Guinea: a personal view”.