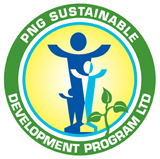 Papua New Guinea Sustainable Development Program – how is it performing?

In June, PNGSDP Limited published on its website an independent review [pdf] of the company’s operations, management and impact. The Review was undertaken by Professor Stephen Howes, Director of the Development Policy Centre [disclaimer: where I work], and Dr Eric Kwa, Associate Professor School of Law UPNG.

Publication of this Review is a welcome development – it was recommended by the reviewers as an important step in addressing criticism that the company’s operations are not sufficiently transparent and accountable. This concern was raised by John Burton in his Development Policy Centre blog of 12 February 2011, ‘Reporting and sustainability at Ok Tedi’. John noted that the absence of reporting on evaluations meant that it was not possible to judge the effectiveness of PNGSDP’s development investments. Hopefully the publication of this Review will be the first step in a more robust approach to program evaluation at PNGSDP.

The Review’s Context section provides a helpful guide to the establishment and responsibilities of PNGSDP and the role of the Ok Tedi mine in Western Province’s history, politics and economy.

The Review notes that PNGSDP is a unique organisation – it is registered in Singapore as a not-for-profit company, operates in Papua New Guinea, and its Memorandum of Association sets its objects as promoting the sustainable development and welfare of people in PNG through supporting social, environmental and sustainable development programs and projects. PNGSDP owns 63 percent of Ok Tedi Mining Limited, divested to it by BHP in 2001 when BHP exited the now highly profitable Ok Tedi copper, gold and silver mine in the remote Western Province of Papua New Guinea. In pursuance of its objects, PNGSDP has three areas of responsibility – running a development program, managing a long-term fund, and being the majority shareholder in Ok Tedi Mining.

PNGSDP has very substantial assets. As a result of the recent period of high global commodity prices, it now manages well over USD1 billion in funds (in 2010 alone, it received USD338 million in dividends from Ok Tedi). PNGSDP’s annual development expenditure is also significant, about US$100 million. As the Review points out, if SGP were seen as a donor, it would be PNG’s second largest after Australia (AUD500 million in 2011-12).

Comments in this blog will focus on PNGSDP’s development program responsibilities.

How effective are PNGSGP´s development programs?

The Review describes PNGSDP’s development investments by category: (1) large, transformational projects, (2) Western Province projects, and (3) other national projects. It describes the investments made in each of these categories. The reviewers note that many PNGSDP investments have the potential to play a catalytic role and generate high returns in PNG, and they give SDP credit for filling a gap in mega-project development that neither governments nor aid donors is addressing. However, they also point out that many of SDP’s investments in commercial ventures have not been profitable. While they soften this by saying some failure is inevitable in PNG’s high risk environment, a valid point, they also recommend that PNGSDP hire a commercial manager to oversee its subsidiaries and strengthen risk management. Both of these recommendations suggest the reviewers were disappointed with the company’s management of commercial ventures.

But I think discussion on the success of major investments should have gone further. Given the prospect of very large future investments by PNGSDP in mega-projects, it would have been appropriate to reflect in some detail on the reasons for the failures to date and to comment on what rate of ‘failure’ the company should tolerate given its responsibility to manage development programs for the benefit of the people of PNG. The Review could also have explored how PNGSDP chooses its investments, what its overall development strategy is, and how it coordinates its programs with those of national and provincial governments and aid donors.

This Review strikes a welcome note of realism in relation to sustainability. It notes that PNGSDP has had to overcome an initial reluctance to pay for the maintenance of infrastructure that it constructed and is now funding some recurrent expenditure for roads and electricity distribution. The Review recommends that SDP adopt an approach of budgeting for realistic post-construction financing needs.

Beyond describing a range of PNGSDP investments, noting anecdotal and other evidence of the value of some activities (the construction of telecom towers for mobile services, rural electrification, sustainable rubber and logging operations, health, education and community projects), and suggesting others have potential for high returns, the review offers no judgement about the Program’s impact. Why?  Because of a lack of evaluation information.

This is a very disappointing finding especially given PNGSDP’s status as a standalone, independent development agency with very large resources and a mandate to promote sustainable development and welfare in PNG. The authors recommend that PNGSDP undertake periodic independent and public evaluations of community projects and important sectoral programs, and appoint a monitoring and evaluation officer to drive a stronger performance agenda in the company.

Credit where credit is due

One would have expected that PNGSDP board members were concerned that publishing the independent Review would risk reinforcing views that the company is not sufficiently accountable and transparent and that its performance has been disappointing. So all the more credit is due to them for going ahead and publishing the Review. We look forward to PNGSDP also publishing a response to the Review’s recommendations for improving the efficiency, effectiveness and impact of the program’s development investments.

Margaret Callan
Margaret Callan was a Visiting Fellow at the Development Policy Centre. Prior to this, Margaret worked for AusAID in various senior management positions. Her research focuses on the role of the private sector in development.