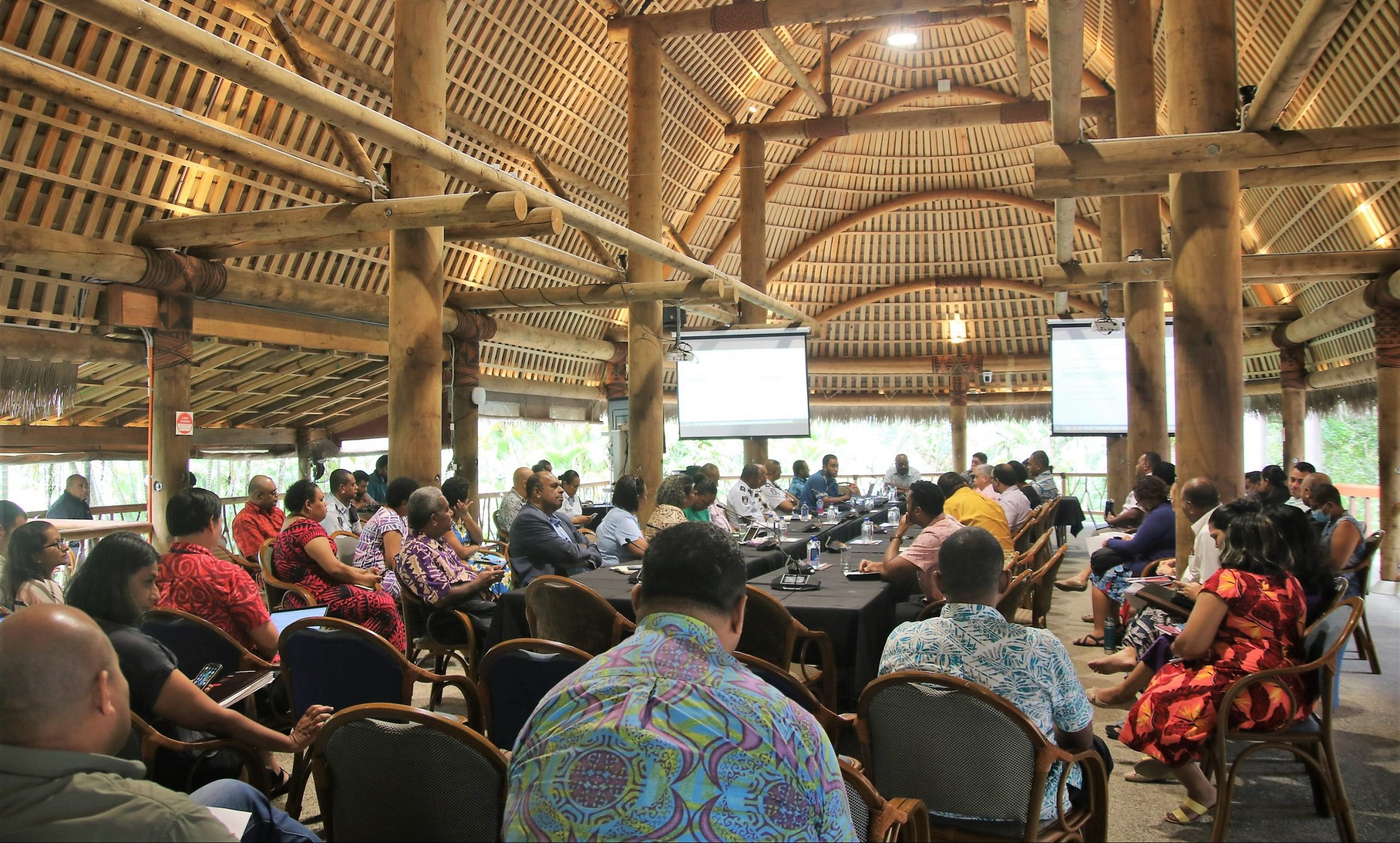 On 24 June the White House announced the establishment of the Partners in the Blue Pacific (PBP), an initiative by Australia, Japan, New Zealand, the United Kingdom and the United States “for more effective and efficient cooperation in support of Pacific Island priorities”.  Part of the Biden administration’s efforts to “step up its game” in the region, we find the PBP initiative deceptive, controlling and hypocritical.

Its high-sounding rhetoric of partnership and cooperation, claimed respect for Pacific agendas, as well as reference to appropriate consultation with Pacific leaders, hides deeper geopolitical purpose. It proceeds in much the same way as China’s recent attempt to establish a multilateral “Common Development Vision”, delivering a fait accompli while ignoring established regional processes of decision-making.

The five PBP powers have co-opted the name and narrative of the ‘Blue Pacific’ to advance their interests, while implying they share Pacific Islands’ agendas. This raises the questions: Whose Blue Pacific agenda? Is it now a shared agenda? The Blue Pacific is the region’s cherished narrative; at the heart of it is self-empowerment, self-determination and regional solidarity in the face of rapidly developing discourses promoting the geopolitical objectives of the Indo-Pacific project.

Launched in 2017, the Blue Pacific narrative counters the framing of the Pacific exclusively as a site for geopolitical competition and incorporation into the Indo-Pacific project. It highlights the importance of regional identity, solidarity, the centrality of the ocean – the ‘Blue Continent’ – and the responsibilities that Pacific Islands governments and peoples have to the region and the world. It provides an expanded concept of security that is inclusive of human and environmental security. At the centre of its discussions about security is climate change, which Pacific Islands leaders, through the Boe Declaration, have identified as the most important existential threat to the region.

The 50-year history of Pacific regionalism has been a history of the decolonisation of regional decision-making processes. The Pacific Islands Forum itself was built on the principle of self-determination and as a careful attempt to define structures that would maximise Pacific island state control of their relationship with larger powers in trade, security and colonial policies. This was initially achieved through restricting membership to Pacific island countries and only extending an invitation to Australia and New Zealand because of their close geographical location and their economic support.

From the late 1980s, the Forum began to invite appropriate outside powers as Dialogue Partners of the Forum. Canada, France, Japan, US and the UK were founding members; China joined in 1990. There are now 21 partners. The Forum leaders established an annual discussion with Dialogue Partners and in 2018 they created a Regional Development Partner Roundtable to support partner coordination and alignment to Forum priorities.

The PBP initiative upsets this established structure set up by the Pacific islands states based on the doctrine of ‘friends to all’. It effectively forms a special group of five ‘like-minded’ partners with a shared interest in displacing or competing with China. This then becomes a new grouping in the regional architecture – an inner circle – which complicates and ignores existing structures.

It is justified in terms of supporting regionalism and putting the Forum at the centre of regionalism, but it falls at the first hurdle.  It runs roughshod over existing mechanisms devised by Pacific island leaders to shape their interactions with larger powers and attempts to impose a new hierarchy of preferred ‘partners’ from outside.

While claiming this initiative has been based on consultation, there are serious questions about whether normal regional decision-making practices were bypassed. Consultation with Pacific Heads of Mission is clearly inadequate since these are public servants and not political leaders, and any interactions with the Pacific Islands Forum Secretariat appear to have been cursory.  As recently argued by Samoa’s Prime Minister Fiame Naomi Mata`afa, a regional initiative of this magnitude should be discussed by the leaders collectively in their Forum meeting. When China sought to go outside such processes in May 2022 the PBP powers were the first to criticise. Now they are doing the same. This undermines rather than respects sovereignty.

Secretary General of the Pacific Islands Forum Henry Puna recently urged Dialogue Partners to work “with and through our regional mechanisms” to progress “mutually agreed priorities”. Although these comments were apparently directed at China, it seems that the architects of the PBP have also failed to heed this advice.

This hegemonic attitude is also expressed in the PBP claim to be open to cooperating with additional outside partners who share the Pacific’s “values and aims” (France? EU?). But who are they to decide who will participate in this inner sanctum of powers in this new regional architecture? This should be the preserve of the Pacific island states meeting as the Forum.

The stated intention to invite foreign ministers of Partner countries (the ‘Big 5’) to convene and review progress of the new initiative at a later date conspicuously leaves out the Pacific island states.

Overall, this White House initiative effectively puts the Partners in the Blue Pacific under the Pacific regionalism umbrella without permission and on its own terms. It excludes others such as China who are dialogue partners of the Forum, and who are clearly “delivering results” in the region, and goes against the ‘friends to all’ doctrine of the Forum. It leaves island countries facing a consortium of development partners with a common vision – but not necessarily one shared by the Forum countries themselves. This constrains Pacific Islands Forum sovereignty, as it is intended to do.