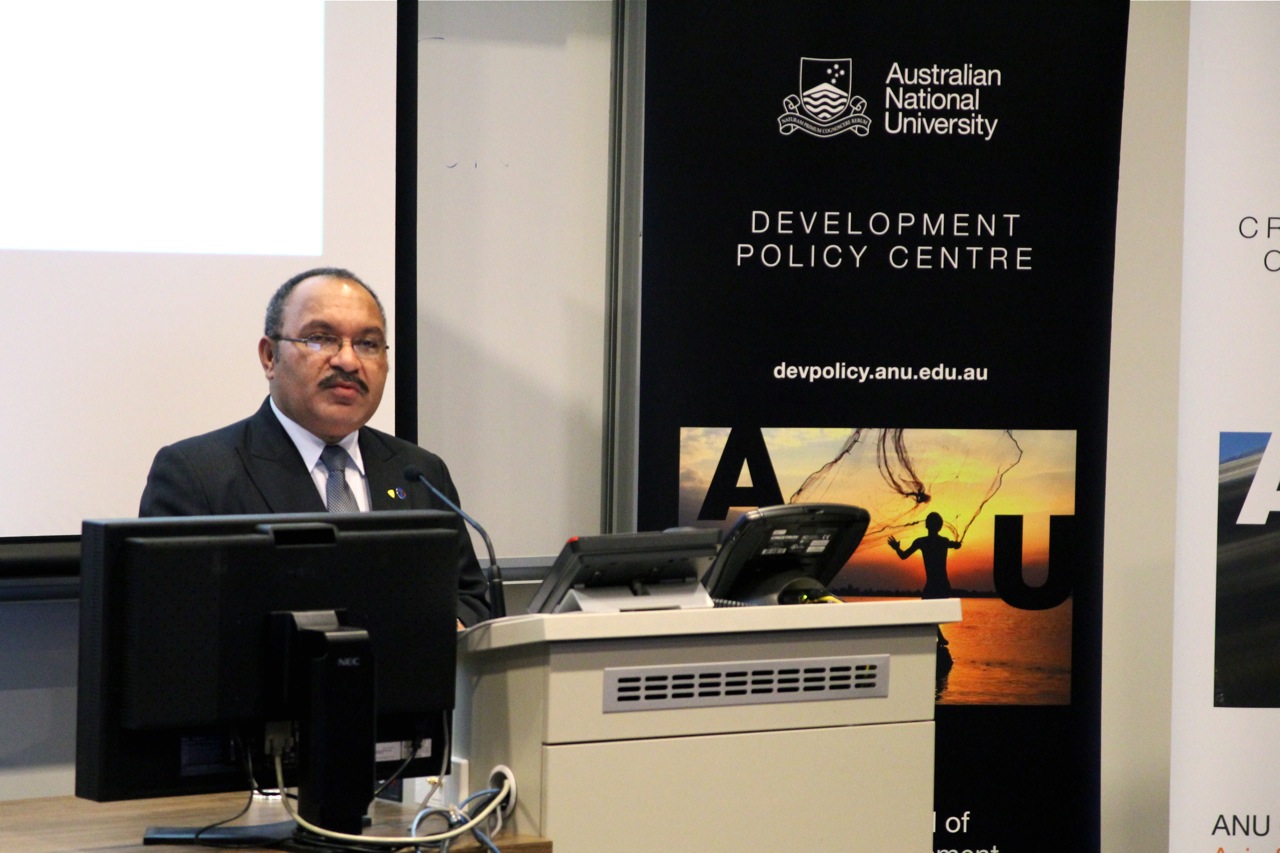 The O’Neill-Namah government has a solid development agenda and is looking to improve governance, invest in infrastructure and deliver better education and health services to Papua New Guineans.

This was the crux of the message delivered by PNG Prime Minister Peter O’Neill during his lecture at the ANU last week at a Development Policy Centre event.

In a speech that addressed the challenges facing Papua New Guinea with refreshing frankness, the Prime Minister outlined his government’s plans for reform ahead of elections slated for 2012.

He also explained the reasons behind the change in government that saw him take the PM position in August this year. Citing leaders who became reckless during former PM Sir Michael Somare’s lengthy stint in hospital, as well as concerns over misappropriation of the PNG development budget, O’Neill said that MPs on both sides of parliament were left with no choice but to take “assertive and corrective action” to deal with those who were not prudently attending to their civic duties.

While the title of O’Neill’s lecture was ‘Revitalising the PNG-Australia Relationship’ and the close ties between Australia and PNG were substantially discussed by the Prime Minister, the content also had a heavy focus on domestic policy reform for economic and social development.

O’Neill emphasised his government’s desire for national unity and its resolve to curb policies that had held back social development in the past. He outlined a number of policy priority areas: provision of universal education; improved healthcare for all; rehabilitating and maintaining of key economic infrastructure; clearing government systems of poor and corrupt practices; and creating an inclusive environment for PNG women. 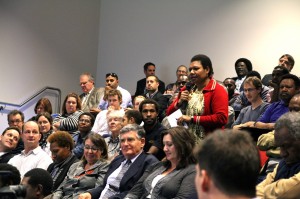 According to the Prime Minister, some progress has already been made on these goals, including proposed legislation to facilitate the participation of women in parliament, the beginnings of work on the establishment of an independent commission to fight corruption and improvements in resource allocation for education and health in the national budget.

In analysing the PNG-Australia relationship, O’Neill said that the bilateral partnership is currently at a watershed moment where the development cooperation treaty between the countries will begin to transition into an economic cooperation treaty as trade and economic relations further strengthen, particularly through regional agreements such as PACER Plus.

His prediction for the future of the Australia-PNG relationship was that it will only continue to grow and strengthen further.

O’Neill delivered his lecture to a full house at the Crawford School’s Molonglo Theatre — an audience which included many PNG students who will make up the next generation of talented leaders that the Prime Minister acknowledged in his speech.

The Prime Minister allowed a generous amount of time for questions from the audience and answered each question comprehensively. For example:

Some of the other topics touched on in the discussion included service delivery to districts, whether PNG would ratify the UN convention on disability, housing affordability solutions, and how the capacity of the PNG defence force could be enhanced through Australian aid.

A full video of the lecture and question and answer session with the Prime Minister can be viewed here.

What did you think of Prime Minister O’Neill’s presentation? Let us know in the comments section.