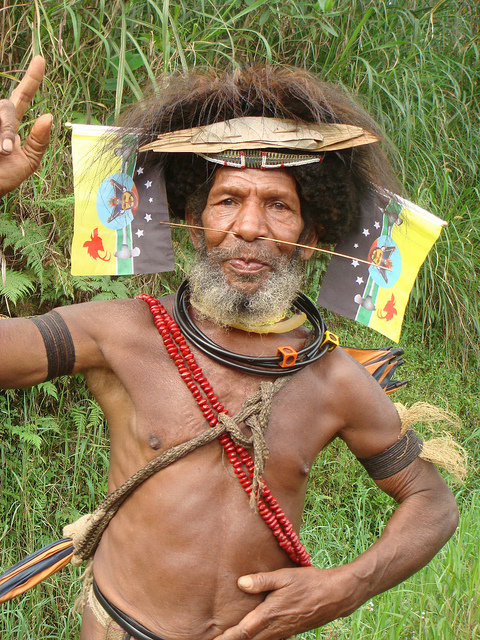 PNG in 2017: a year of redefining democracy?

The Papua New Guinea national elections, due in June this year, promise to be momentous. Like many democracies, the people have always looked forward to the opportunity of choosing their political leaders through a process of free and fair elections. But elections in PNG over the years have fallen short of this ideal standard. Those who believe in this ideal demand an election based on policy-driven ideological contests, rather than material wealth and tribal allegiances that often create disharmony.

Yet these latter practices have increasingly been part of PNG’s political system, rendering the notion of trouble-free democratic elections a facade. But controversies surrounding the electoral system are not unique to PNG. Many countries, including the established democracies as demonstrated in the recent US elections, face similar challenges.

Some challenges for the PNG Electoral Commission

The PNG Electoral Commission (PNGEC) has come under increased scrutiny in recent weeks for some of its decisions. For instance, its recommendation for changes to electoral laws that sought to increase the 2017 candidate nomination fee from K1,000 ($450) to K10,000 ($4500) has raised concern among potential candidates. A primary reason for this proposed law is to offset the high cost of running elections. PNG is known for having one of the most expensive elections in the world.

However, the proposed law may be argued as unconstitutional on the basis that the increase in the nomination fee is unreasonably excessive and suppressive of the constitutionally guaranteed right of ordinary citizens to stand for public office. A fee of K5,000 may be more reasonable.

The Electoral Commissioner’s decision to print the ballot papers in Indonesia also warrants scrutiny. It is the first time electoral ballot papers are fully outsourced to private companies overseas. The Commissioner argued that PNG Government printery is nearly three times more expensive when compared to the costs in Indonesia.

But the Commission’s cost saving measure is open to risks. There are concerns of electoral fraud such as printing of extra ballot papers. The government printery is not immune to this concern as it has been an issue observed in previous elections but the use of private companies overseas, and away from public view, may heighten the risk.

The call out of police and defence force personnel to curb tribal fights in the resource-rich Hela Province at the beginning of this month indicate the kinds of challenges law enforcement officers may face more of this election year. With the suspension of police recruitment in 2017, apparently due to funding issues, there could possibly be a strain on law enforcement officers during the election period.

Public activism and protests marred much of 2016. While the O’Neill government is commended in some quarters for leading development in areas like mining and resource exploration, building infrastructure and organising international sporting events, it is mostly criticised for significant setbacks in the economy through over spending and maintaining a deficit budget, and a lack of respect for rule of law.

The bloody protests of 2016 exemplified the growing discontent. Whether this will lead voters in the coming election to oust O’Neill’s People’s National Congress party (PNC) is yet to be revealed. But if history is anything to go by, both the Somare and Mekere governments, under similar spotlight, lost power after the 2011-2012 impasse and the 2001 shooting of university students respectively.

The new cybercrime legislation comes into effect this year. It will be interesting to see how this is enforced against PNG’s active social media community whose activities will mostly likely intensify during the election period. Depending on how this law is enforced, its compatibility with the constitutional right to freedom of speech may be a subject of future court proceedings.

As predicted in my earlier post, tertiary students and non-governmental organisations were active during the summer school holidays carrying out community awareness on good governance and elections. I was invited to one such event in Gumine District, Simbu Province in December. The rally was themed Gumine Leadership Conference (GLC) and was attended by hundreds of community members. Speakers include intending candidates, students, youth and women leaders and senior government officials.

The idea for the GLC started through Facebook discussions, an example of how social media activism can translate into community mobilisation. Organisers of the program now hope to continue GLC as an annual event. Rallies like GLC and many others that have taken place throughout the country and will continue to do so in the coming months, intend to raise awareness and inform the voters’ consciousness in the hope that people will commit to political change within their communities.

Traditionally, tribal allegiances often played a critical role in deciding voters’ preferences. People align with a candidate in their own tribe or clan despite the candidate lacking meaningful leadership qualities to successfully represent them in parliament. This was predominant during the ‘first past the post’ system where a voter has only one preference.

However, the introduction of preferential voting in 2007 saw a shift in this practice. A voter now has three preferences. It has certainly allowed greater freedom for voters to choose a better candidate. But in some areas, the comfort of having three votes means voters can auction two of their three preferences to the highest bidder (an intending candidate), shrewdly encouraging bribery. The increase in DSIP funding over the last five years might give the incumbent MPs an advantage in this election either if they have invested in development or if they are able to siphon off the funds as ‘campaign money’. Normally, only about one half of PNG’s incumbent MPs are returned. It will be interesting to see if this ratio increases this time round.

Papua New Guineans have long waited for the year 2017. It promises challenge as well as change. Will the people reinstate Prime Minister Peter O’Neill and the PNC party to government despite the serious allegations of corruption that are yet to be cleared by the courts? In the absence of the anti-corruption team, Task Force Sweep, some have even wondered if the Prime Minister will ever get prosecuted. O’Neill is confident that PNC will return to power.

Perhaps the people will place faith in someone ‘untainted’ by the Waigani politics. Who are the fit and proper persons to lead the nation? The return of writs in July will provide some answers to these lingering questions.