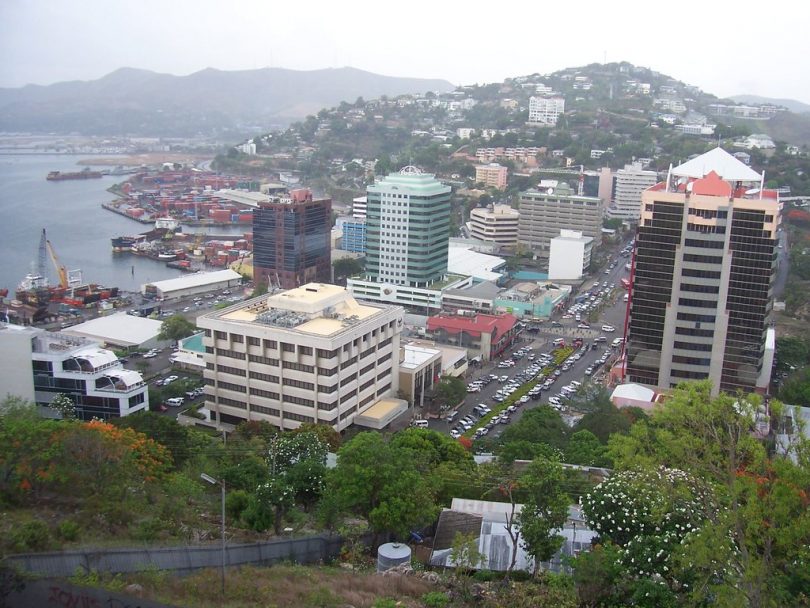 After the establishment of Papua New Guinea’s ministerial committee on COVID-19 in March this year, Prime Minister James Marape announced a nationwide lockdown. Marape justified the lockdown on “national security” grounds. PNG’s response to COVID-19 in security terms is consistent with global reactions to the pandemic. In Plagues and Politics, Andrew Price-Smith details the insecurities associated with pandemics. COVID-19 demonstrates the capacity of pandemics to strain the political will and economic fortunes of states and mental wellbeing of affected populations.

PNG has had its own domestic disease outbreaks, which include the 2009–2011 cholera outbreak, the chikungunya (a mosquito-borne virus) outbreak of 2012–2013 and the 2014 measles outbreak. Lessons should have been learnt from them. Marape’s framing of coronavirus as a national security concern must be the basis for an overhaul of not just the public health emergency systems, but the entire health system of the country. COVID-19 demonstrates successive failures by government to invest in the health system and incentivise the healthcare profession. Given the dysfunctional state of PNG’s health system, it made sense that the PNG government took drastic measures to contain the spread of COVID-19. And, to the country’s credit, these measures seemed to have worked, at least so far.

But we cannot afford to be complacent. Global pandemics are now the new normal. A crucial feature of the globalisation of pandemics is the rapidity in their transmission. The Severe Acute Respiratory Syndrome (SARS) in 2002–2003, pandemic influenza A (H1N1), colloquially known as swine flu, in 2009, Middle East Respiratory Syndrome (MERS-CoV) in 2012–2014 and Zika in 2016 reinforce this idea. In his 2012 book Spillover, David Quammen explains the ease with which viruses transmit, even predicting the current COVID-19 pandemic (calling it the “Next Big One”).

On 2 June the prime minister introduced into Parliament the Public Health Emergency Bill, which was enacted as the National Pandemic Act 2020 on 12 June. The new law amalgamates existing Acts (e.g. Public Health Act 1973 and Quarantine Act 1951) into one overarching piece of legislation to contain and prevent the spread of future pandemics. The powers of the Emergency Controller and procedures in an emergency situation are stipulated. Already, there are dissenting voices about the potentially unconstitutional nature of this legislation. East Sepik Governor Alan Bird argued against the legislation noting that during emergencies, accountability of public finances is suspended and subject to the whims of the state of emergency.

As the prime minister revealed in Parliament’s Special Session on 2 April 2020, PNG has about 500 doctors and 4,000 nurses. By WHO standards, PNG ranks poorly with the lowest professional health worker numbers per 1,000 population. Assessing PNG’s cholera outbreak in mid-2009, medical specialists concluded that “while the outbreak response was generally well managed, improvement to human resource systems before the next emergency will enable a more effective response as is essential for the achievement of the [International Health Regulations] core capacity requirements”.

During the Parliament sitting on 2 June, parliamentary emergency committee chairman Robert Naguri hinted at the need to establish an agency similar to the US Centers for Disease Control and Prevention. The National Health Plan 2011–2020, written in 2010, proposes the establishment of a National Public Health Institute, incorporating a centre for disease control. However, such proposals could duplicate what the PNG Institute of Medical Research (PNGIMR) is already capable of undertaking. Little appreciated prior to the COVID-19 outbreak, the PNGIMR was propelled into the limelight and expected to deliver during the crisis. Questions about PNGIMR’s capacity to do rapid testing were also raised. But the PNGIMR has institutional memory and an effective networking system in its long association with disease outbreaks in PNG. Increased funding should be provided to enhance its research, training capabilities and outreach activities.

Finally, PNG’s level of preparedness for pandemic outbreaks is contingent on having a national stockpile facility. Resources most needed in cases of emergency cannot necessarily be procured at a time of crisis. This stockpile can also be useful in disaster and disaster relief situations. As demonstrated by the COVID-19 pandemic, the short supply of kits and medical supplies put the lives of front-line caregivers at risk. A national stockpile facility can be administered by a multilateral entity such as UNICEF. This will provide public confidence in the transparent management of such facilities.

Georgina Phillips and Megan Cox have demonstrated that robust health systems rely on coordination and trained human resources for effective containment of pandemics. If COVID-19 is a learning curve for PNG, and public health is a national security issue, implementation of recommendations in the 2019 PNG Health Sector Review and National Health Plan 2011–2020 must be a priority for government. Sadly, COVID-19 shows the failure of governments in implementing crucial recommendations from lessons learnt in recent decades.

To prepare for the next pandemic – which may be a resurgence of COVID-19 – we need to get the new legislation to also treat domestic outbreaks as a national priority, strengthen the PNGIMR, improve laboratory services and fix the governance aspects of health service delivery in PNG. Anything less will put our national security at risk.

Joseph Pundu is a tutor in the School of Business and Public Policy at the University of Papua New Guinea.