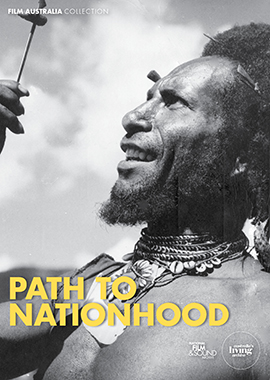 The writs have been issued (24 April) and nominations have closed (27 April) for the 2017 PNG Elections. So, while we wait for polling to commence (24 June), Devpolicy, the PNG Canberra Students’ Association and ANU Pacific Institute invite you to see how Papua New Guinea’s National Elections began with a special screening of Path to Nationhood at 5.30pm, Wednesday 3 May, in the Weston Theatre, Crawford School of Public Policy, ANU.

This is the first in a series of screenings of PNG election-related films by the ANU PNG/Pacific film study group.

Path to Nationhood tells the remarkable story of how the Australian colonial administration prepared for the first general elections across the territories of Papua and New Guinea. This major undertaking included the creation of the first common electoral roll for the peoples of Papua New Guinea. Almost a million people took part in the 1964 election.

The screening will be followed by a brief discussion and Q&A with two ANU academics working on PNG election-related issues:

More detail on the screening is available on the flyer.

If you are interested in attending this film or future screenings, please take this survey to help us cater to audience interests and availability.

Mike Cookson
Michael Cookson was the Partnership Manager for the Development Policy Centre’s partnership with the University of Papua New Guinea. He has extensive experience of supporting collaborations with universities in Indonesia, PNG and the Pacific Islands. Michael completed his PhD at the ANU on political and social change in Indonesian Papua.