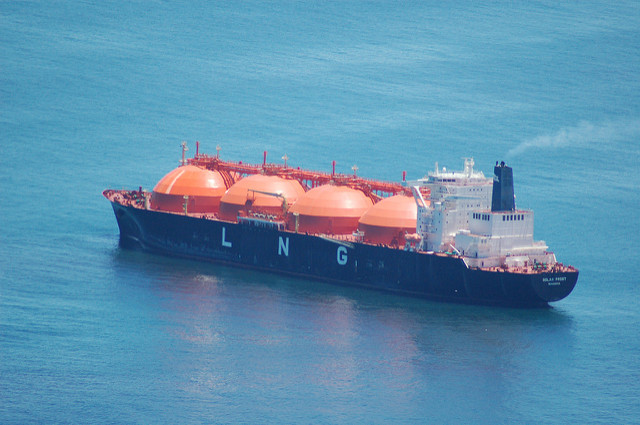 The recent protests by Hela landowners and their latest ultimatum in relation to their non-receipt of royalties and other benefits have the potential to derail PNG’s prestigious and important LNG project. But they also beg the question: how did it come to this? How is it that after more than 200 ships of LNG have left PNG’s shores no royalties have been paid to landowners? How can the situation be resolved, and what are the implications for future projects?

These are important questions on which there is little informed public discussion. This blog post seeks not to blame or to take sides, but simply to clarify the basic facts around these complex issues. Although we focus on royalties, some of the issues also apply to the distribution of other benefits associated with resource projects.

One of the primary preconditions for the grant of a petroleum licence is for the licensee (developer) to undertake Social Mapping and Landowner Identification Studies (SMLISs) – see sections 47 and 63 of the Oil & Gas Act 1998. These studies need to be done before the Development Forum for the project – a convening of all parties who will be affected by the project (section 48). The SMLISs are not public documents, but there are various benefit agreements and government decisions dating back to 2009 making reference to these SMLISs for the various project license areas having been completed.

The Act gives responsibility to the Minister to determine the local beneficiaries of a petroleum project (section 169). The SMLIS is one among a number of things that the Minister can take into account when making the determinations (section 169(4)). That determination is meant by law to happen before or during the Development Forum or Fora. At the PNG LNG Development Fora (there were various, held in 2009), it was agreed how the benefits would be divided within each license area between clans. However, this division of royalties was never gazetted. Rather, there was an agreement in the various benefit sharing agreements that the beneficiaries would become Incorporated Land Groups (ILGs) and that to facilitate the incorporation of groups the government would “establish an inter-agency task force to be known as the PNG LNG Land Group Incorporation and Clan Vetting Tax Force comprising officers from the Departments of Lands and Physical Planning and other relevant state agencies.” Thus was born the Clan Vetting Process.

Clan Vetting is not mentioned in the Oil & Gas Act. According to the benefit sharing agreements, it is coordinated by the Department of Petroleum and Energy (DPE) with the aim “to identify, coordinate and facilitate incorporation of land groups for each affected clan or sub-clan identified within the license area in accordance with the Land Groups Incorporation Act 1974”, and with the work to be concluded by February 2010.

Yet so far only a few benefit determinations have been gazetted (late last year), relating to the pipeline license areas rather than the gas fields themselves. They are called “interim” determinations and make reference only to “beneficiary clans” not to ILGs. In hindsight, it would have been better, and in accordance with the law, not to consider the Development Fora concluded, and thus not to start construction, until the ILGs had been created, and the final determinations and gazettals made.

It is unclear why Clan Vetting has taken so long (almost seven years longer than expected, and counting), but two factors have now come into play making the CVP more difficult, and indeed making it unclear whether it will ever be concluded.

First, the requirements to register an ILG were tightened up in the 2009 Land Group Incorporation and Land Registration Acts. For example, to register an ILG you now need a complete membership list, and birth certificates for all members. That is a much higher bar for registration, and it is unclear how it will be met. (The SMLIS studies don’t have the names of individuals, and many of them will lack birth certificates.) The new rules came into force in 2012, meaning that they apply now.

Second, over the last few years the judiciary has got increasingly involved with the issue of beneficiary determination, and has started to challenge the CVP.

Some who claimed to be PNG LNG landowners appealed to the courts, as early as 2010, that there were wrongly missing out on benefits. We understand that these appeals related not to royalties, but benefits like land compensation and infrastructure development grants which are paid during the construction phase. These cases eventually led to a Consent Order of 21 April 2015 being signed by the lawyers of the PNG Government and the various landowners to submit to field-based mediation in a number of the license areas. This Alternative Dispute Resolution (ADR) approach commenced in 2015 under the leadership of Justice Kandakasi, but is not complete. We understand that it is now stalled or at least slowed down due to funding shortages. We are not aware of any landowner determinations being agreed to by the various parties as a result of mediation.

But the CVP is also stalled, because the Courts have ruled that it is “without statutory foundation and null and void”. The Courts also issued an order restraining DPE “from conducting any clan vetting exercise or landowner identification process”. (Both orders are mentioned in a 21 July 2016 Court Order, which refers to earlier Court Orders along these lines.)

The judiciary has already intervened in the P’nyang LNG project, referred to by some as the expansion project, which Exxon-Mobil is promoting. A landowner went to the court to stop the Development Forum for this project (presumably for fear that s/he would miss out on benefits).  The National Court provided the injunction and in a ruling of 27 May 2016 (Bernard v Duban [2016] PGNC 121; N6299 (27 May 2016)) Justice Kandakasi gave detailed guidance as to what an SMLIS should include, in particular a listing of individual landowners. (Earlier SMLISs had not been that detailed, and no regulations have ever been published defining the content of an SMLIS.) Indeed, the main grounds for the injunction on the Development Forum seem to be the lack of confidence on the part of the Court that the SMLISs meet its required standards. (The Court also referred a constitutional issue to the Supreme Court relating to the extent to which provincial governments need to be consulted in relation to resource projects under the provisions of the Organic Law on Provincial Governments and Local-Level Governments.) This ruling is now being appealed.

It seems that the state is prevented from deciding which landowners should receive how much royalties because the protracted CVP it has been undertaking to make such a decision has been stalled by the courts. But the court ADR process is also stalled due to lack of funding.

It is unclear how this stalemate will be resolved. It would appear that the government has lost faith in the ADR process, and that the courts have lost faith in the government CVP. Presumably, since the ADR process is voluntary, the government could withdraw from it. Moreover, whether the developer undertakes the SMLIS or the courts make a ruling, it is the Minister who ultimately discharges the statutory obligation by making a determination as to who the real project area landowners are. There is provision in the OGA that the SMLIS and court decisions are among the factors that should be taken into account when making the Ministerial determination (s.169(4)). There is also a provision for making a determination even at this juncture, that is, after the commencement of the project (s.169A). Presumably, a determination could be made now, without any further Clan Vetting. However, it is not clear how ILGs could be incorporated; and if the determination related to groups other than ILGs then the various project benefit sharing agreements would need to be re-written. Moreover, if a determination was made, it might be open to any landowner to go to courts to get an injunction on the basis that the courts have said that the CVP already undertaken is without legal foundation.

PNG is keen to pursue further LNG projects but they might well get delayed given the position that the courts have taken which make it impossible to hold a Development Forum unless much more detailed SMLISs are undertaken than have been to date. Even if these are undertaken, if they are challenged in the court, further delays could follow. Clearly, a much speedier process is needed for the creation of ILGs.

Going forward, it is not clear what the solution is. One suspects that the issues will have to be elevated to the Supreme Court. But even if the current round of issues before the courts is resolved, there is much work to be done by the government before determinations can be finalized and royalties flow. Such important issues of public policy would benefit from more public discussion. It is to that end that we have written this article. Much more analysis is needed. We invite your comments and feedback.

Sam Koim is the former Chairman of the multi-agency anti-corruption body Taskforce Sweep and Principal Legal Officer at the Department of Justice and Attorney General, Papua New Guinea. Stephen Howes is Director of the Development Policy Centre.