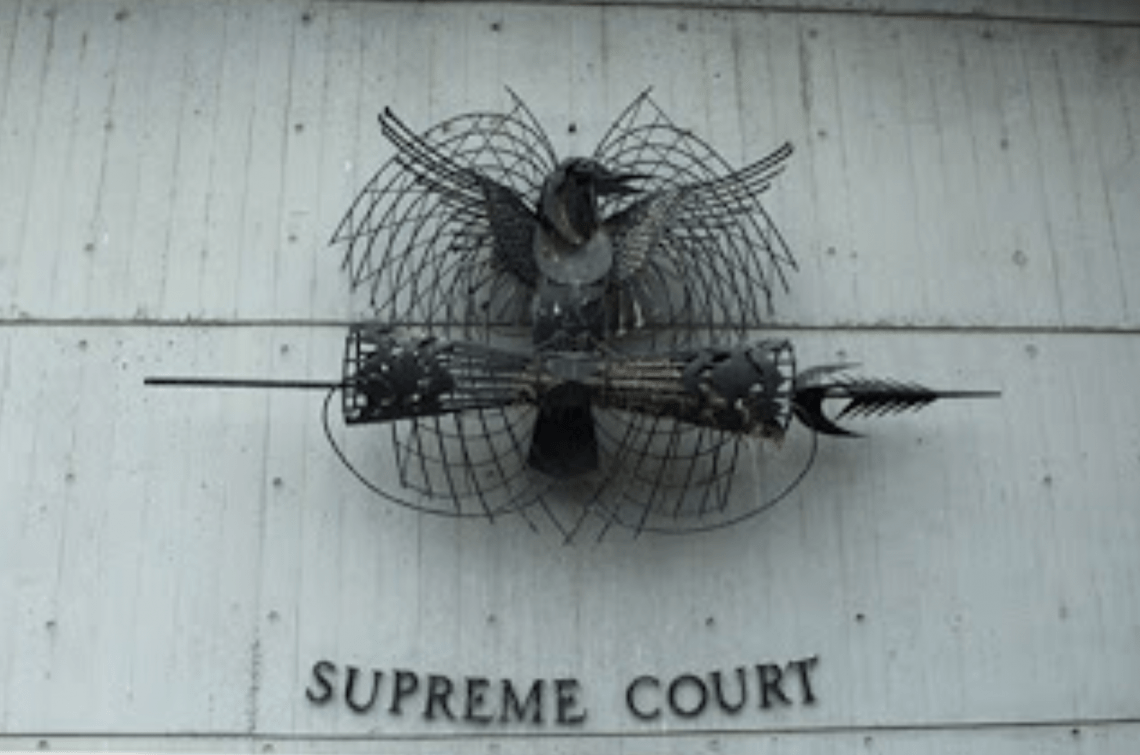 PNG politics goes to the courts

Three court cases will decide when parliament will next meet, and perhaps who is the next prime minister of Papua New Guinea (PNG). In this article, I will briefly provide the background of each case, and their implications.

As Peter O’Neill’s 18-month grace period (the period under which a vote of no confidence is not allowed) came to an end in May 2019, James Marape, who had served as minister for finance under Peter O’Neill for over eight years, resigned from the ministry and O’Neill’s People’s National Congress party. This caused an avalanche of MPs to follow suit. To avoid humiliation from the impeding vote of no confidence, Peter O’Neill resigned as prime minister. However, when nominations were called on the floor of parliament for a new prime minister, Peter O’Neill was renominated. He later withdrew his candidature, and James Marape was elected as PM.

In August 2019, the then opposition leader Patrick Pruaitch sought the Supreme Court’s ruling on whether Peter O’Neill’s withdrawal was constitutional. He argued that if it was unconstitutional, it would invalidate the whole process, including Marape’s election as PM. Pruaitch later dropped the case after he was invited to join the government and given the Ministry for Foreign Affairs in September the same year.

Belden Namah then took over the opposition leadership and pursued the case. The case was delayed as Marape’s lawyers brought several procedural challenges. The Court finally held a substantive hearing on 23 November 2020. The ruling will be handed down in the first week of December (if not earlier). If the Supreme Court rules that the election was unconstitutional, it will create an immediate vacancy, and the parliament will reconvene to elect a prime minister, the third time in less than three years.

Legality of parliamentary session on 17 November 2020

On 13 November 2020, parliament met to deliberate on the 2021 budget. James Marape’s 18-month grace period was due to expire three weeks from the time parliament met. In what has become a norm in PNG politics, 12 ministers from the Marape coalition government broke ranks and joined the opposition, including Deputy Prime Minister Sam Basil. The opposition swiftly secured votes (56 to 39) to replace the government-dominated Parliamentary Business Committee (PBC) members with opposition MPs, suspend the standing orders and adjourn parliament to 1 December (the grace period for James Marape expires on 30 November). The PBC presides over questions of whether motions of no confidence have met constitutional and other requirements, so gaining control of it was a clever move.

However, three days later, the Speaker of parliament ruled that the adjournment was illegal. He argued that according to the Organic Law on Meeting of Parliament only ministers could move the motions for adjournment. He recalled the parliament to meet on 17 November at 2pm, but brought it forward to 10am in an apparent attempt to prevent the opposition from halting the meeting through the Supreme Court and from returning in time from Vanimo, on the other side of the country, where they were strategising. The government MPs met at 10am, returned the parliamentary committees to government control, suspended the standing orders, passed a K19.6 billion budget, and adjourned the parliament to April 2021.

This sequence of events has given rise to a second case with multiple constitutional questions which the opposition is now pursuing in the Supreme Court. Their main argument is that the standing orders, including the requirement that only a government minister may move an adjournment motion, were suspended on 13 November by a majority, and that the session of parliament on 17 November was therefore illegal. This hearing was set for 25 November. If the Supreme Court rules in favour of the opposition, it will potentially mean all decisions made on the 17th, including the passing of the 2021 budget with 60 MPs absent, are illegal. Parliament may be required to meet, and repeat the budgetary process. A vote of no confidence against the prime minister is likely if this happens, as the 18-month grace period will have expired on 30 November.

The opposition is also of the view that, regardless of the legality of the meeting of parliament on 17 November, the suspension of the standing orders to pass the budget without debate was unconstitutional as the parliament lacked the absolute majority required to suspend the standing orders. Less than 50 MPs met on 17 November (56 is the absolute majority). The opposition will most likely institute a separate case on this matter. If the courts rule in favour of the opposition, parliament may be required to meet again.

The practice of politicians turning to the courts to intervene is not new in PNG (indeed, many constitutional questions are left unanswered as MPs decide later to withdraw their cases). However, the stakes could not be higher, and time is short.

The driving force behind the current instability is the desire to be in government when elections are held in the second half of 2022. Historically, politicians in PNG have never instituted a vote of no confidence less than 12 months before the issue of writs for the next election. This is because, if the vote is successful, the Governor General will dissolve parliament and bring elections forward 12 months. With the high turnover rate (about half the incumbent MPs lose their seat every election), this is an effective deterrent. In the event of a vacancy in the PM’s post, however, parliament can vote in a new PM without dissolution of parliament. This is why, for instance, with eight months left before the issue of writs for the 2012 elections, to remove the absent Prime Minister Michael Somare (in Singapore receiving medical treatment) in 2011 parliament declared the PM seat ‘vacant’ and elected O’Neill, instead of running a vote of no confidence.

The opposition only has to win one of the three cases that either are or will likely come before the courts to have a go at dislodging Marape. The prime minister on the other hand needs to win all three.

On the other hand, even if the opposition wins one of the court cases, there is no guarantee it would win any vote of no confidence, which it would still need to do – unless the first case goes in its favour. If it does come to a vote of no confidence, the outcome is unclear. The numbers remain tight, and the opposition is yet to declare its nominee for PM. When it does, recent experience suggests that it might split. In the coming month, the courts will play a critical, but not necessarily determinative role in PNG politics.