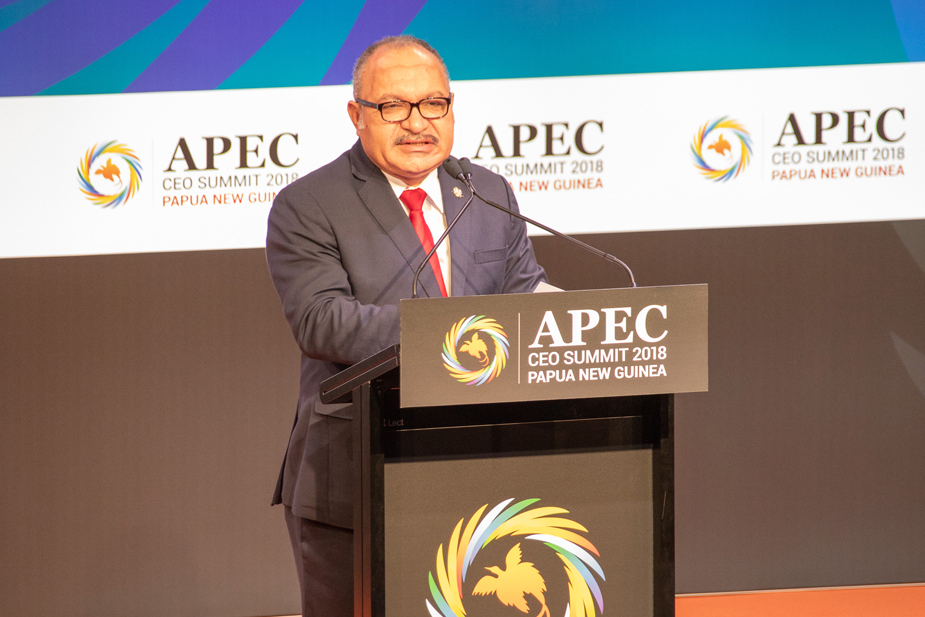 PNG politics: the dawn of a new era?

The almost seven years stability enjoyed by Papua New Guinea’s (PNG) government of Prime Minister Peter O’Neill is now under challenge as the country prepares for a gripping vote of no confidence in late May. Some have already shared key insights on the developments, including some historical background and technical aspects of the vote of no confidence process (see here, here and here). This analysis builds on these discussions to draw some general observations regarding the present political climate in PNG and possible future implications.

Impetuses to change the O’Neill government

Up until Tuesday of last week, Peter O’Neill was the dominant political player in PNG politics. He assumed the position of Prime Minister in August 2011 after ousting Sir Michael Somare in a dramatic power struggle that included resisting judges of the Supreme Court. The 2011 constitutional crisis cemented O’Neill’s place among his peers as an experienced combatant of the country’s hostile politics. Within the region and abroad, his elevation and Somare’s demise was seen as the ‘changing of the guard’ in PNG politics.

One of O’Neill’s key reforms following his ascension was the establishment of Investigative Task Force Sweep (ITFS) – an intra-governmental agency charged with combatting corruption. The successes of ITFS resulted in widespread public support for O’Neill. However, his standing quickly unravelled in 2014 when he became the subject of an investigation into the famous ‘Paraka-gate Affair’, a case of alleged high-level corruption. His staunch resistance and interference in the investigative processes – in particular, his dismantling of ITFS – raised serious questions about his commitment to the rule of law.

Nevertheless, O’Neill maintained commanding support in Parliament. In Australia, he was dubbed as “PNG’s champion of progress”, a call that would later appear misguided as O’Neill’s leadership led the country into severe economic and fiscal difficulties. His government borrowed heavily from foreign lenders to sustain its ambitious policies and projects, including hosting international events such as the Pacific Games and the Asia Pacific Economic Cooperation (APEC) meetings at exuberant cost.

These issues finally and suddenly resulted in the mass exodus of senior ministers, coalition partners and members of O’Neill’s political party over the last two weeks to the Opposition. The first sitting on Tuesday 7 May exposed, for the first time in O’Neill’s dominating prime ministerial career, the real possibility of being unseated, as the Opposition put forward 50 MPs against O’Neill’s 56 MPs. Unlike in the past, O’Neill now maintains only a slim majority, and a small margin provides no confidence at all in a notoriously fluid political environment.

The 26 MPs that defected from the O’Neill government demonstrate a serious lack of confidence in the Prime Minister. That these MPs are putting conscience before convenience and principles before perks is likely to inspire other MPs in the O’Neill government to defect. O’Neill, however, may counter that likelihood by using various methods of attraction, one of which, according to former Prime Minister Sir Julius Chan, is to “keep individual politicians ‘happy’”.

Those who defected, especially Finance Minister James Marape, and Governors Sir Peter Ipatas, Phillip Undialu and William Powi, are from the resource-rich Enga, Hela and Southern Highlands provinces. Their defection may present a challenge for resource developers in these provinces. The investors rely on local leaders to overcome complexities such as dealing with landowner issues, so the defection of these local leaders is likely to affect the confidence of investors in the O’Neill government.

The motion of no-confidence comes at a time of increased bilateral and multilateral engagement with traditional and non-traditional partners. The hosting of APEC reinforced PNG as a regional leader and presented O’Neill’s government as stable and enduring. However, the motion of no-confidence, supported by several members of O’Neill’s own political party and senior Cabinet ministers, portrays a contrary image of Prime Minister O’Neill internationally.

Security is likely to heighten around Port Moresby as political uncertainty looms over the embattled city. The Speaker of Parliament needs to guard against any compromise and the democratic processes of the vote of no confidence needs to be strictly followed to prevent any adverse situations among the disgruntled population.

In PNG – the ‘land of the unexpected’ – it is difficult to predict an outcome of the impending vote of no confidence. The defection within O’Neill’s government suggests that if the normal parliamentary processes are strictly followed, O’Neill may suffer defeat, as some within his party may not be as loyal as they appear.

The nomination of the former Finance Minister, James Marape, as the alternative Prime Minister is an indication of the changing of the guard in PNG politics. His reputation is not without question, but he presents a strong challenge to O’Neill given his previous senior ministerial portfolios, as well as his influence among the different factions in the Opposition. While the future is unpredictable, it appears promising as leaders forgo privileges and perks to rally for change.