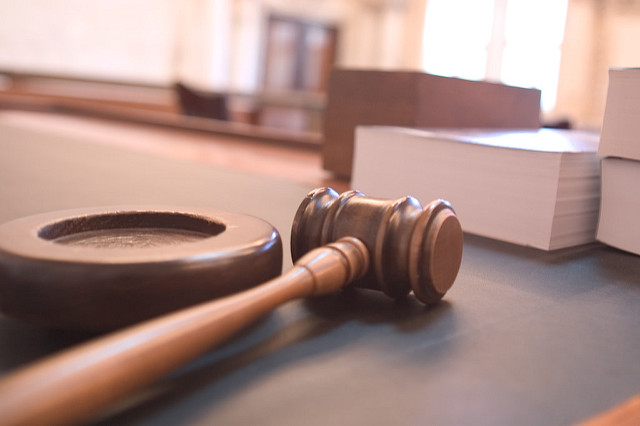 Australia’s asylum seeker detention and processing centre at Manus Island, PNG was ruled to be unconstitutional and illegal by the Papua New Guinea Supreme Court on Tuesday 26 April 2016. The detention centre has been in operation since 2012 after successive Memoranda of Understanding between the Australian and PNG governments in 2012 and 2013.

For those who have long advocated against the arrangement, the decision is a great relief. For others, the decision raises serious concerns about the future of the asylum seekers and Australia’s policy in dealing with this issue.

This article attempts to address the legal issues dealt with by the Supreme Court and the implications of the judgment for both Papua New Guinea and Australia.

History of the case and the legal question

The main issue was whether the arrangement to detain the asylum seekers against their will was in accordance with the PNG Constitution. Namah argued that it was unconstitutional under section 42 of the PNG Constitution. Section 42 is a human rights provision that prohibits a person from being deprived of his or her ‘personal liberty’ arbitrarily except through established legal means such as when arrested and detained for criminal charges.

The government argued that the arrangement was legal because it falls under an exception provided for in Section 42(1)(ga) of the Constitution. That provision allows a ‘foreign national’ to be deprived of his personal liberty ‘under arrangements made by Papua New Guinea with another country or with an international organisation that the (Foreign) Minister responsible for immigration matters, in his absolute discretion, approves.’ Ironically, this provision was only inserted into the Constitution in 2013. It appears to have been an attempt to “seal” the detention centre arrangement between Australia and PNG.

The Supreme Court found that the amendments made to the Constitution to accommodate the arrangement were not within the spirit of the Constitution. Unlike Australia, PNG has a bill of rights enshrined in its Constitution and the courts have always aspired to guard it against any intrusion. This is evident in the judgement:

Treating those required to remain in the relocation centre as prisoners irrespective of their circumstances or their status save only as asylum seekers, is to offend against their rights and freedoms as guaranteed by various conventions on human rights at international law and under the PNG Constitution. (per Justice Kandakasi)

The Court also found that there were irregularities in how debates on the laws in question were carried out in the PNG Parliament. The Court made similar observations last year when it overturned the constitutional amendments passed by the O’Neill-Dion government to extend the vote of no-confidence period. It appears to be a concern that successive governments have used their numerical strength to passed legislation of national importance without proper debates on the merits of such laws.

Implications for PNG and Australia

The effect of this decision is that the detention centre will be closed. Financially, Australia may withdraw the monetary package associated with the arrangement leaving PNG at some potential loss. But PNG gains much from this decision as it shows that regional partnership and aid incentives should not undermine the country’s sovereignty. It also shows that the PNG justice system and its human rights regime are resilient.

This is the second time an Australia-PNG arrangement has been ruled unconstitutional. The first was the Enhanced Co-operation Program (ECP) Case in 2005 where the Supreme Court declared the Papua New Guinea and Australia Act 2004 to be unconstitutional for giving immunity to Australian Federal Police officers working in PNG from prosecution under PNG laws. In the ECP case, the Court was also concerned about the conduct of the executive arms of both governments.

These cases have significant implications for the constitutional development of PNG. They demonstrate a dominant executive that may need to be curtailed. While these cases are not binding on Australia, they should raise legitimate questions as to the degree of consciousness in the Australia-PNG bilateral relations. As an established democracy, the region expects Australia to champion the cause of human rights, rule of law and have absolute respect for the sovereignty of independent states.

The ultimate question now is where the asylum seekers at Manus will be settled if not PNG. The decision may also affect discussions on whether Pacific island states will continue their dialogue with Australia on a regional resettlement agreement. For now, the Manus Island case is sure to etch its place as part of a contentious period in PNG-Australia relations.

Bal Kama is a PhD Candidate in the ANU College of Law at The Australian National University.