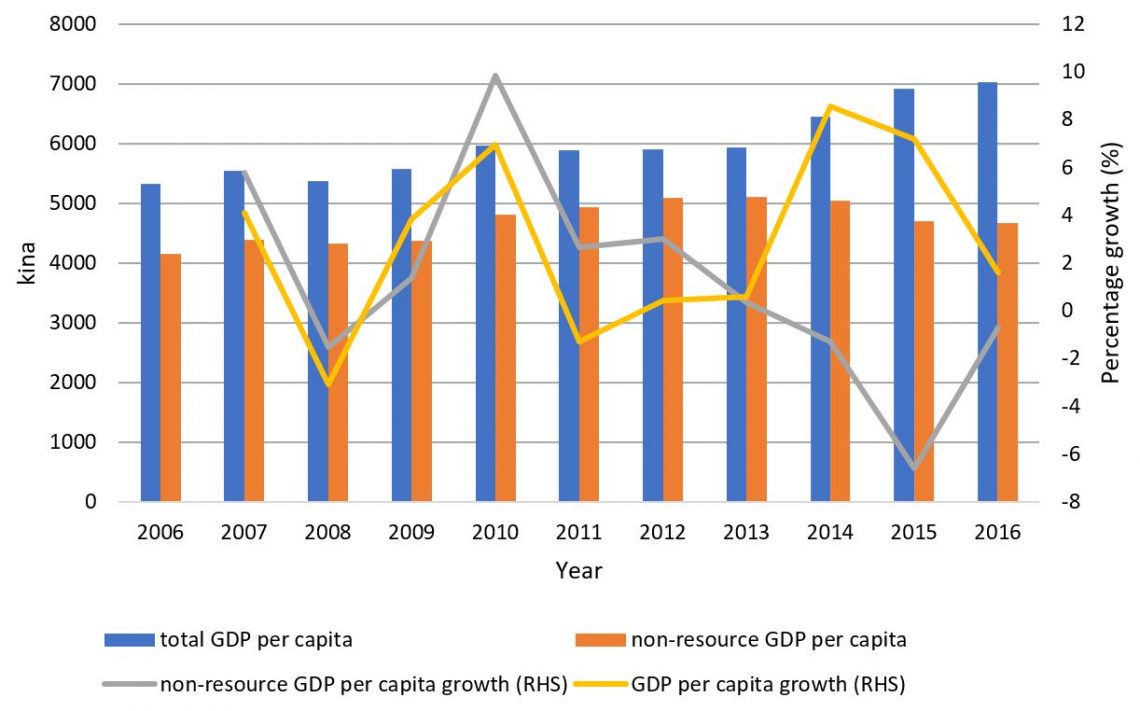 The PNG National Statistical Office (NSO) finally released 2016 Gross Domestic Product (GDP) figures in April. While it’s good to have the data, releasing GDP figures with a delay of over two years can’t be satisfactory. Moreover, the summary presented on the NSO website paints a relatively rosy picture. Digging deeper into the numbers tells a different story.

This analysis solely focuses on the constant (real) GDP to eliminate the price effects across different years. A comparison of the GDP series reported by PNG’s NSO and Treasury is made to ensure data consistency. Figure 1 shows that both institutions reported the same GDP series until 2013. But inconsistencies start in 2014 – another sign that all is far from well with PNG’s official economic statistics. The new Treasurer has announced that work is underway to develop a common methodology for estimating GDP. On the basis that the NSO is more independent than Treasury (and because it receives technical assistance from the Australian Bureau of Statistics), we preference the former’s results. 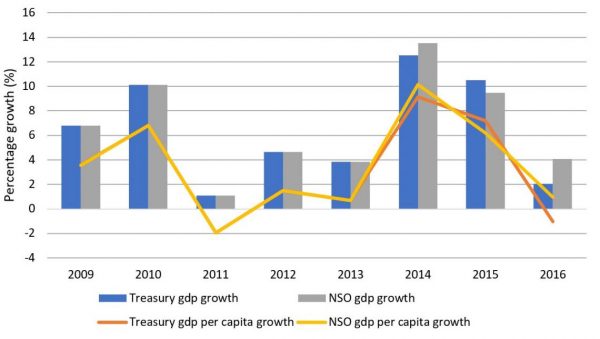 Since the resource sector is largely foreign-owned, and since there is no gross national income (GNI) data, the best indicator to monitor the economic performance of PNG as a nation is non-resource GDP (that is, total output excluding the resources, or mineral and petroleum sectors). As shown in Figure 2, the growth rate of non-resource GDP experienced almost zero growth in 2014 before entering a recession in 2015. During much of this period, PNG experienced low resource revenues driven by weak commodity prices, an El Niño-induced drought, and a shortage of foreign exchange due to the sudden reversal of capital flows due to the completion of the PNG LNG project and an overvalued exchange rate. 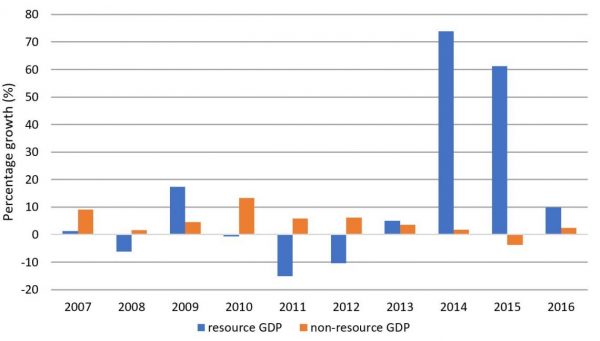 The 2015 recession in the non-resource sector was reversed in 2016 with 2.4% growth. The recovery was mainly driven by a rebound in the agricultural, construction, and several other service sectors. However, the non-resource GDP level reported for 2016 is still significantly lower than the 2014 level. For instance, the GDP for the construction and manufacturing sectors shrunk by 12% and 13% respectively during the recession in 2015, but they only recovered in 2016 with a modest growth of 2% and 4% respectively. Similar trends can be found in other sectors too. 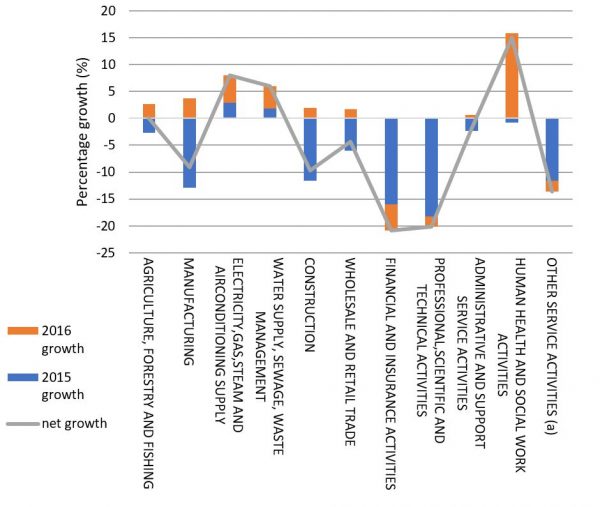 We can assess the living standards of the population by examining GDP per capita. Using the population growth rate provided by the NSO, growth in the non-resource economy has failed to keep up with population growth every year since 2014. Non-resource GDP per capita experienced negative growth of 1.3%, 6.7% and 0.7% in 2014, 2015 and 2016 respectively (see Figure 4). Using this measure, the average income of a Papua New Guinean in 2016 is found to be approximately 500 kina less than in 2013, and is back at 2010 levels. 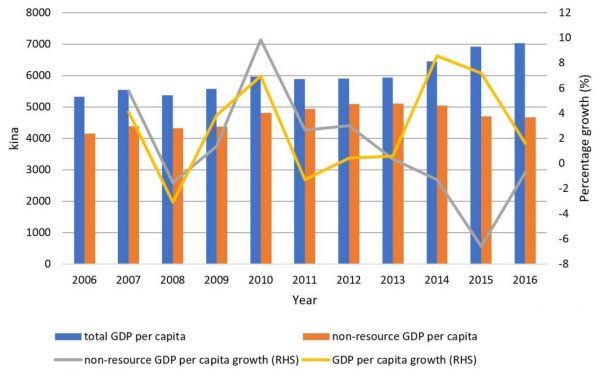 Overall, it is encouraging that the non-resource economy showed positive growth in 2016. But much faster growth is needed. There have been numerous attempts by the PNG government to diversify the economy. The most recent data, though late, is still useful in indicating that much more effort is needed.