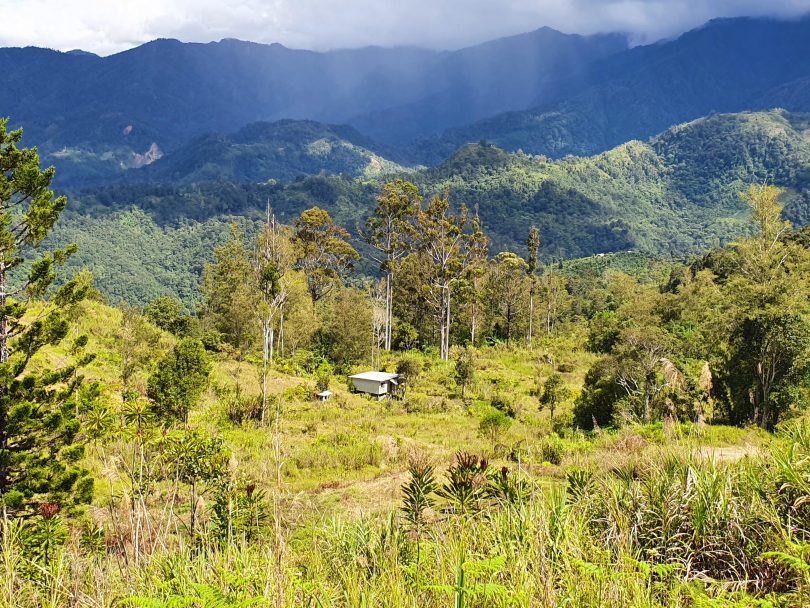 Close to ten years ago, I penned a two-part personal story to highlight the sad tale of rural decay in Papua New Guinea (PNG). This situation is largely due to neglect by the relevant government authorities of far-flung towns and government outposts in the country, such as my district, Paiela-Hewa in Enga Province. Paiela-Hewa district was part of the Lagaip-Porgera electorate until it was split into two electorates (Lagaip and Porgera-Paiela) just before the 2022 national elections. The newly created Porgera-Paiela electorate covers four local-level government (LLG) areas – Porgera Urban LLG, Porgera Rural LLG, Maip-Mulitaka LLG and Paiela-Hewa LLG. According to the 2011 PNG national census, more than 20,000 people live in Paiela-Hewa LLG/district.

As mentioned in the earlier blogs, the closure of the airstrip in 1996 – the main connection to the outside world – ushered in many bad things for my district. It ultimately contributed to its total demise, as all key government services – including the community school which I attended as a boy, the health centre and the police station – shut down. Shrubs overgrew the road to nearby Porgera town.

Without effective, modern governance apparatus in the district, people resorted to traditional means of dispute resolution. With the proliferation of guns and the total breakdown in law and order, many tribal fights erupted, involving numerous tribes in the district, destroying property and claiming many lives, including some of my relatives and friends.

This has created a complex web of conflict that will take many years and resources to unpack and resolve. Children of Paiela-Hewa continue to miss out on a formal education, and as long as the district is in despair, many generations will be left behind. The implication for the nation is profound, if many rural districts of PNG remain cut off from the outside world.

The following photos, taken from the same location eight years apart, in 2012 and 2020, clearly show the deterioration of Kolombi station, the headquarters of Paiela-Hewa LLG. The bulk of the population of Kolombi was driven away by tribal fights. People also left in search of better opportunities, in the nearby goldmining district of Porgera and other major towns and cities in the country. The once bustling government outpost, which was established by early missionaries and the colonial government, has become a no-man’s land – the battlefield of the warring tribes in the district. The only buildings left untouched in Kolombi station are the churches – the rest, including all government buildings, have been razed to the ground.

The people of my district do not deserve to live in despair for this long. If my district was able to organise itself from pre-independence to 1996, there is no reason why Kolombi station cannot be restored.

The national government needs to step up. Apart from paying salaries of public servants, the national government has had a minimal role in Paiela-Hewa’s development. Perhaps the tax credit scheme could be used by the Porgera gold mine (once it reopens) to fund key infrastructure such as the road, the airstrip, the primary school and the health centre.

The Porgera Development Authority (PDA) is a unique government entity established to fund the development needs of Porgera-Paiela. It has been ravaged by mismanagement and corruption, which has affected service delivery in the electorate. A report by the PNG National Research Institute highlighted the disappearance of large sums of development funding with no trace, or any development impact, in Porgera and Paiela-Hewa districts. The PDA needs to be fixed.

The new MP of the new electorate of Porgera-Paiela has an important challenge to set the record straight and restore Paiela-Hewa using the annual allocation of District Services Improvement Program (DSIP) funds. Given the lack of governance and accountability in the use of DSIPs, the effectiveness and development impact of DSIP/electorate slush funds in PNG depend largely on the goodwill of the MP. Well-performing MPs, such as Lino Tom of Wabag District and Richard Maru of Yangoru-Saussia, have shown that, when used for their intended purposes, DSIPs can truly transform rural electorates in PNG.

The churches and missionaries – Catholic, Lutheran and Seventh Day Adventist – have remained in the district, and continue to hold the fort. People respect the churches. They must be important partners in the restoration of the district.

This is a typical story of the collapse of rural PNG in the last 30 years. The mid to late 1990s was a terrible period for development in PNG. The late Sir Mekere Morautu tried to fix some of these problems during his short stint as prime minister from 1999 to 2002. I lament that he was not re-elected prime minister after the 2002 national elections – if he had been, PNG might be in much better shape than it is today.

PNG needs visionary leaders who have the rural people of the country in their heart so that they execute policies, such as the DSIP, effectively to restore decaying districts like mine. The country needs leaders of the late Sir Mekere’s calibre, who know exactly what the key development challenges of this country are, and are not afraid to spend their political capital to fix them, without worrying about their political survival.

This is the third blog in an ongoing series.