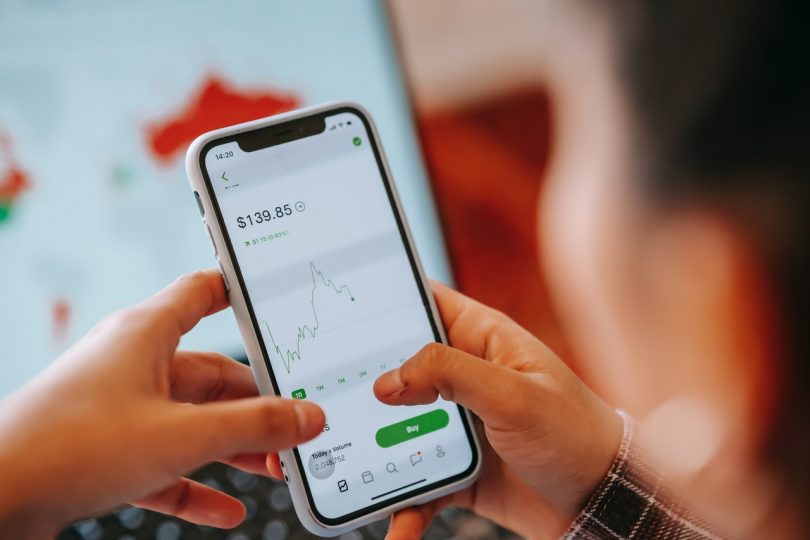 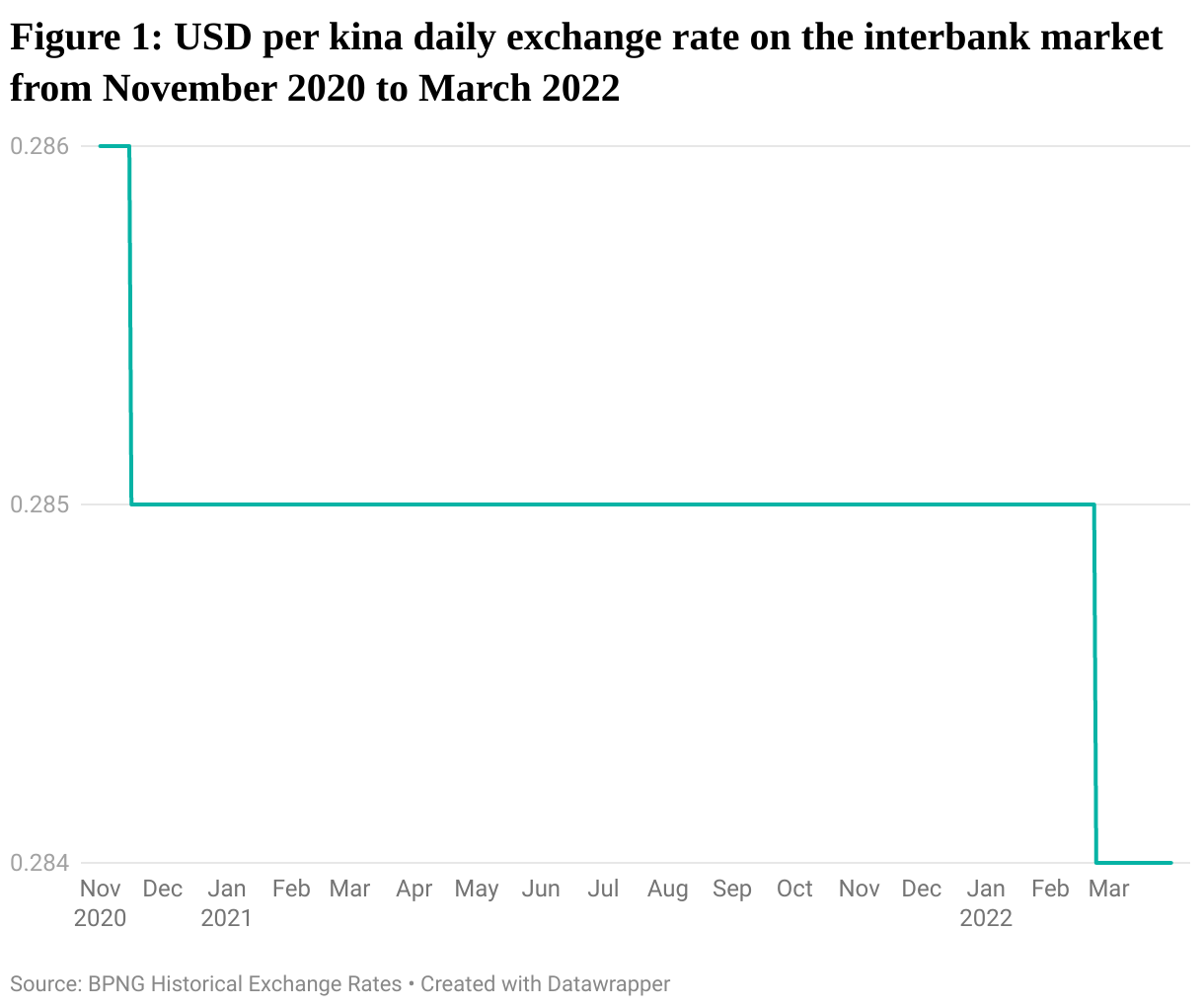 However, it is not a pegged exchange rate either, since the government doesn’t actually set the exchange rate. It is set within the interbank market, and BPNG acts only as a price taker in that market.

Rather than being either floating or pegged, the exchange rate is actually stuck. You can see from the next graph how this problem has become worse over time. The frequency with which the kina changes value in the interbank market has fallen markedly over the last decade or so. It used to change value almost 100 times a year, then about 50, then around 10; now it can go for a whole year without changing. 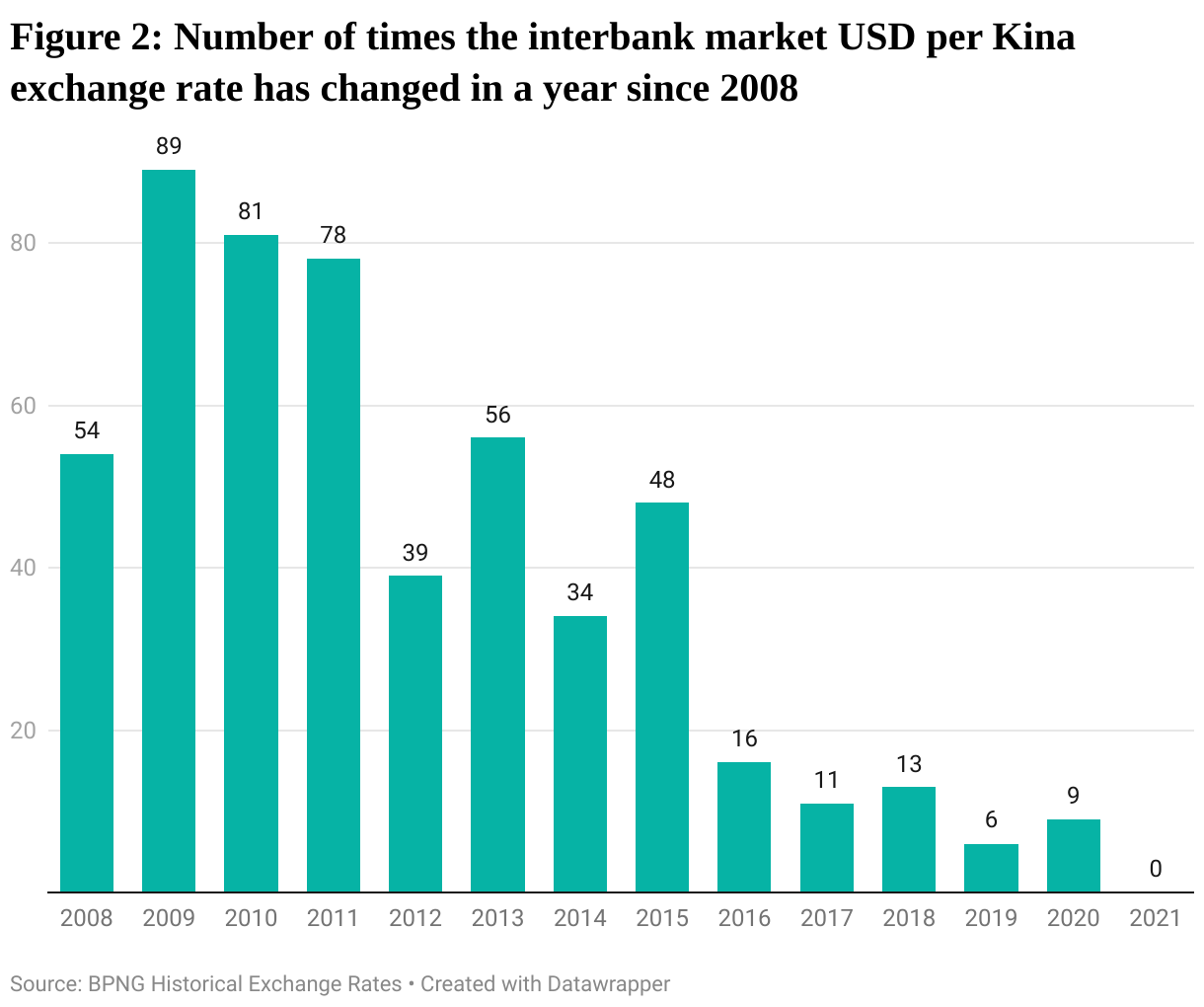 Why is the kina stuck? The six authorised foreign exchange dealers (ANZ, BSP, Kina, Moni Plus, First Investment Finance, and Westpac) who participate in the foreign exchange market can bid any price they want for dollars. Why don’t they change the price more often?

Like many things, it comes down to incentives, and there is now no incentive for dealers to offer more kina for a dollar. This is for two reasons. First, all the dealers now rely on BPNG to sell foreign exchange into the interbank market. You’d think BPNG would sell more dollars to dealers who were willing to pay more for them. But no. BPNG’s allocation criteria are purely administrative: they give more to the dealers with a bigger backlog of foreign exchange orders. Why offer to pay more for something if it is not going to help you get it? Indeed, dealers seem to be more worried that BPNG will penalise them if they push the value of the kina down.

Now, however, with last year’s amendments to the Central Banking Act, BPNG has broader objectives and needs to consider the growth as well as the inflationary impacts of its policies. If the exchange rate is stuck, it cannot respond to the signals the economy is sending, and it cannot help the economy adjust by matching the supply of and demand for foreign exchange. The overvaluation of the kina and the associated rationing of foreign exchange has been a – if not the – main cause of PNG’s slow growth over the last decade.

Clearly something needs to be done, both to end the confusion and to stimulate the economy. There are various reforms that would un-stick the exchange rate. The first would be to allow new authorised dealers into the interbank market. For example, if a coffee exporter was allowed into the interbank market, it would have the incentive to ask for more kina for its dollars. A second would be for BPNG to move away from its anachronistic administrative allocation of foreign exchange, and instead offer its reserves to the highest bidder. A third would be for BPNG to simply ask a higher price for its dollar reserves, with the aim of matching demand and supply.

I recommend the third measure because it could be implemented the most quickly, and also because it would prevent runaway depreciation which, given the pent-up demand for foreign exchange, could happen under the other two options.

However it does it though, BPNG needs to reform the interbank market to un-stick the kina.

This blog draws on material presented in the Phase One report of the Central Banking Act Independent Advisory Group, of which the author is a member. However, the views expressed are those of the author alone.