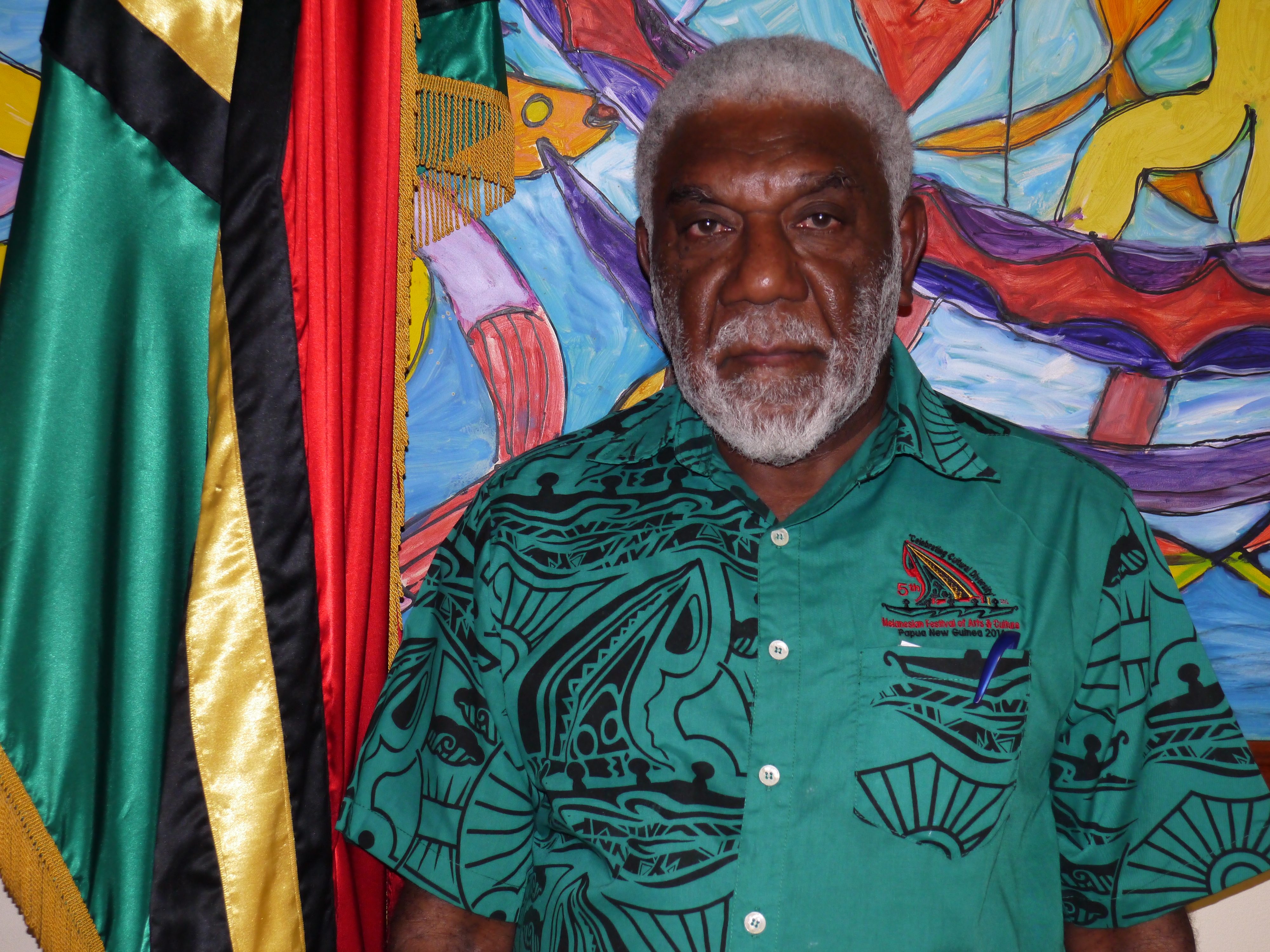 Political instability, the MSG and regional politics – an interview with Prime Minister Joe Natuman of Vanuatu

At the end of what had been a very busy week, Prime Minister Natuman took some time to sit down with Tess for Pacific Conversations. You can listen to a podcast of their conversation here or read the full transcript here. But for the highlights of what they discussed, read on…

I started by asking Prime Minister Natuman what his government hoped to achieve before the next general elections in 2016. He told me that a particular area of focus was addressing issues of political instability. As he pointed out, at Independence in 1980 there were only two political parties in Vanuatu but since then there has been a rise in the number of smaller political groupings. The prime minister is planning to take forward constitutional and legislative reform to address this issue:

… at the moment we are engaging with the Commonwealth Secretariat in London and they have discussed this issue recently. When I was in New York with the UN General Assembly, I talked with the Secretary General. They visited us a couple of weeks ago. And I will be talking with the Speaker of Parliament, so that during this November session we will organise a forum whereby members of Parliament and other stakeholders will be consulted on the way forward in this political reform.

In the same vein, we discussed reforms in Papua New Guinea and Solomon Islands, also aimed at reducing political instability and improving the integrity of political parties. The prime minister said that there was a need to look at what had happened in these neighbouring countries and establish what was the best course of action for Vanuatu in this regard. He advised that the registration of political parties, as very recently enacted in Solomon Islands, was something that was considered important:

Looking a bit further afield to Papua New Guinea, the prime minister noted some concerns about the limitations that have been placed on the use of motions of no confidence:

I think it’s a question of balance. We should be able to remove any government that’s become unpopular. We should not entrench a government in office just because they want to be in office

We then moved on to discuss the importance of Vanuatu’s membership of the Melanesian Spearhead Group (MSG). As the prime minister reminded me, Vanuatu was a founding member of the sub-regional bloc and it is a grouping that is very important to the country. The prime minister reflected on the evolving nature of the MSG’s remit:

The MSG was established to drive the cause of the Kanak people of New Caledonia — to enlist New Caledonia on the C24 with the United Nations as a non-governing territory. And of course now it’s expanded to cover trade issues, climate change, a whole lot of things. So it’s an important sub-regional bloc. We see ourselves as sub-regional, contributing to regional arrangements, issues that have been raised by the Pacific Islands Forum

There continue to be issues to be addressed within the group, including the current negotiations in relation to trade arrangements (MSGTA 3).

For the first time MSG accepted the fact that West Papuan people have a right to self-determination and independence. And we will continue to do that. There is a pending case of the application of West Papua to MSG that is still under discussion. So hopefully next year we will discuss further on those issues.

We also discussed how Vanuatu was using its international position within the United Nations to highlight this issue:

So the Indonesians know our position. And I raised it during this year’s UNGA general debate. And we will continue to raise those issues. And what we want to do is to try to get a regional consensus, regional support in so far as MSG is concerned, so far as the Forum is concerned to gain support from there and then we can proceed further through the UN level.

Prime Minister Natuman stressed that his government was very concerned about abuses of human rights in West Papua and saw that a role for Vanuatu was to provide regional leadership in addressing this issue:

This is an issue which every country in the Pacific Forum, including Australia and New Zealand, should be voicing concern about the human rights abuses. I mean, I hear countries accusing other countries outside our region of human rights violation, but within our own region people are shutting their mouth. I don’t know why.

Finally, we addressed the question of Vanuatu’s relationship with the People’s Republic of China. The prime minister described this relationship in warm terms, reflecting on the contribution China is currently making to infrastructure developments in Vanuatu. He also made reference to the possibility of increased Chinese investment in the country:

China is an important player in the world today, in terms of economic development and I know in Australia a lot of the mining that’s going on is Chinese investment and Chinese money in Australia. And we have a lot of Australian tourists coming here because of the booming industry that is helped partly by Chinese money. So we should not be closing our mind. We would welcome Chinese investments here as well.

The Hon. Joe Natuman is the Prime Minister of Vanuatu. Tess Newton Cain (@CainTess) is a Research Associate at the Development Policy Centre.

Joe Natuman
Joe Natuman is the Prime Minister of Vanuatu.