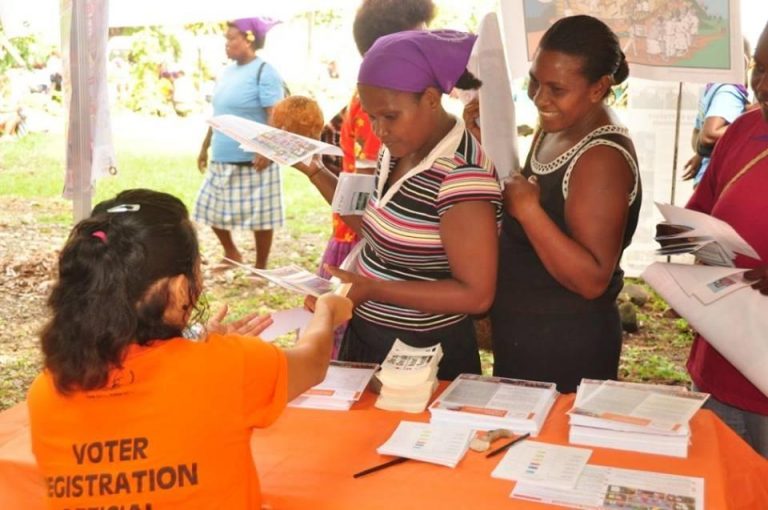 Elections are coming to Solomon Islands. Predictions are never easy in politics but here’s what I think the elections will bring (coupled with my degree of confidence in brackets, ranging from confident to completely confused).

The election will be run fairly well (quite confident)

Recent elections in Solomon Islands have been pretty well run. Not without hitches, but better than those in Papua New Guinea, and better than average for a country of Solomon Islands’ level of economic development. As I’ve explained before, past success has come both from donor assistance and the efforts of local electoral officials. Also, electoral violence is not normalised in Solomon Islands in the way it is in parts of Highlands PNG.

All of these causes of past success are present again in 2019, which bodes well. The only reason I’m not completely confident of a reasonable election is that a recent electoral law change allowed voters to enrol from outside of their electorates. Some candidates took advantage of this change to register paid supporters in constituencies they weren’t from. This may cause problems come election day – both rigged results, and perhaps tensions as locals confront illegitimate voters.

The risk is higher in some places than others. One potentially fraught electorate is Gizo Kolombangara, where a former prime minister is striving to regain his seat. The roll in Gizo Kolombangara is now 65 per cent larger than in 2014 – implausibly large and an obvious concern. In addition to Gizo Kolombangara, there are a small number of other electorates (particularly in Malaita and Honiara) where either roll inflation or local advice points to difficult elections. (Data for all electorates are here.)

The frenetic period of government formation in the elections wake is another possible flash point. New MPs appear to have been strong-armed in the past. Gunshots were fired at a boat that had been transporting MPs after the last election. And when Snyder Rini was announced as prime minister once a government had been formed in 2006, major riots broke out.

Recent elections have run quite well procedurally in Solomon Islands. But this isn’t to say they’ve been wholly ethical. Vote buying is common. There’s no reason to think this will be different in 2019. There’s no shortage of money. And, although vote buying is illegal, laws only serve as deterrents if they’re enforced. Many strong candidates bought votes in the 2014 elections, but only two MPs lost their seats because of it – hardly a deterrent.

In recent elections, even when they haven’t sold their votes, most Solomon Islands voters have cast their ballots for candidates who they think will help them (or their family or community) directly, through the provision of resources after the election. Voters have not voted on the basis of national policy preferences, nor have they assessed MPs on how well they’ve governed the country as a whole. This is unlikely to change because it’s a perfectly reasonable way to vote in a weak state with no national political movements. (I explain the logic in more depth here.)

As the chart below shows, incumbent turnover is usually high in elections in Solomon Islands. On average, only about 55 per cent of those sitting MPs who have stood in general elections since independence have retained their seats. It’s tempting to say turnover will be in line with the long-run average. But in 2014, 74 per cent of MPs won their seats back, probably because so-called constituency development funds (government money given to MPs) rose rapidly between 2010 and 2014, giving sitting members an electoral advantage.

Constituency funds are high again in 2019, which would seem to bode well for sitting members. And yet, in the past, voters’ expectations of what MPs can do have adapted over time, meaning there have been elections where many MPs have lost their seats even with slush funds. 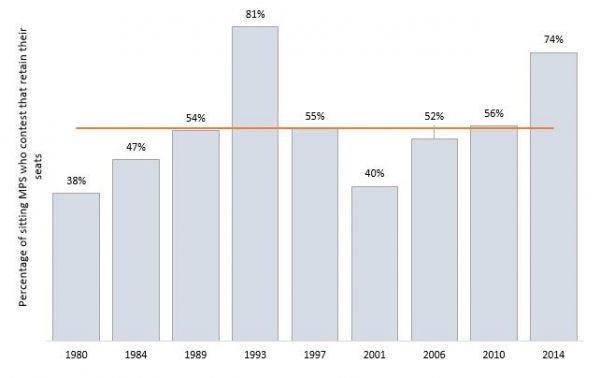 So perhaps there’s no reason to think 2019 will be a good election for sitting MPs. That was my belief until two weeks ago, when candidate numbers were published. In the early 1980s ANU academic David Hegarty noticed that elections with fewer candidates in PNG tended to be elections where incumbents were more likely to be returned. I’ve tested what I call the Hegarty Rule with more recent data and it has generally held true for both PNG and Solomon Islands. According to the latest information from the electoral commission, just 333 candidates registered to stand in the 2019 elections. This is much lower than 2014 (447). If the Hegarty rule holds, 2019 should be a very good year for incumbents.

Will it hold? Possibly not. As Kerryn Baker writes, candidate numbers may be artificially low in 2019 owing to transport disruption caused by Cyclone Oma. Also, registration fees were increased considerably in 2019, and candidates were required to be present in their electorate when nominated. These barriers may have driven out weaker candidates who had no chance of winning, leaving only powerful challengers to contend. If that’s true, the Hegarty Rule might not be a good guide as to whether most sitting MPs will win their seats back or not. Hence my confusion. It may be the case that Solomon Island politics have been changed by money and incumbents are now going to be very hard to beat. Or it may be that come mid-April we will be back to the norm: many new faces in parliament. We will have to wait and see.

One thing I’m much more confident of is that, many new faces or few, the nature of parliamentary politics will be the same post-election. People often fixate on personalities in Solomon Islands politics: is person X a reformer? Is person Y corrupt? I understand why. Some MPs have better intentions than others. But at the end of the day, the political incentives facing everyone in parliament are the same. Re-election requires delivering goods directly to supporters and potential supporters back in the constituency. This is more important electorally than governing the country.

And if you’re the prime minister you build your power base by awarding ministries not to the most talented or ethical MPs, but to those MPs who can guarantee votes in parliament. That’s the political logic of staying prime minister. It’s also the political cause of many of Solomon Islands’ governance woes.

One day all of this will change – I’m confident of that. But there’s no reason to think change is coming this election.