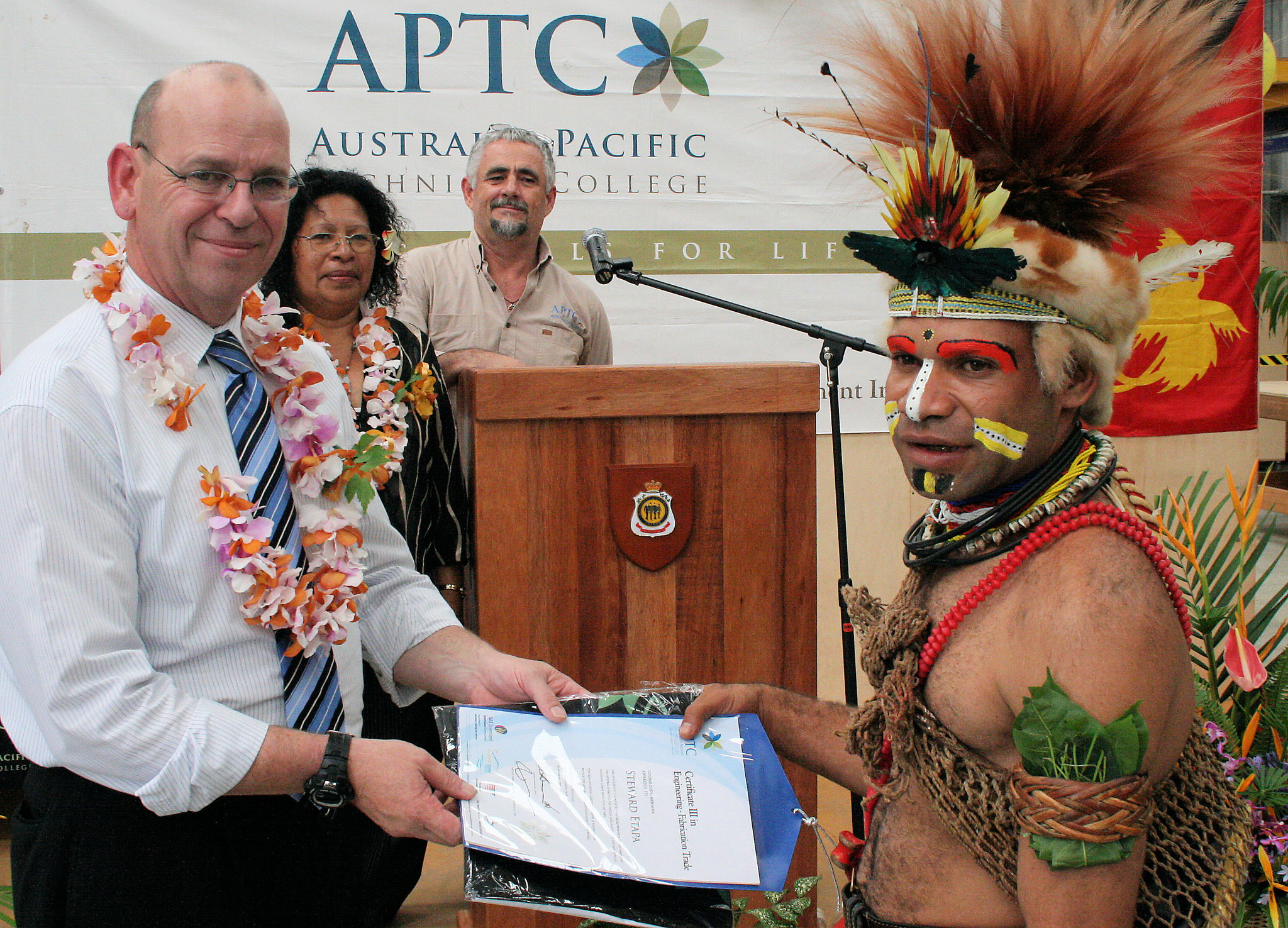 Concerns from the Pacific about brain drain could undermine Australia’s new commitment to promoting Pacific labour mobility. Stage 3 of the Australia Pacific Training Coalition (APTC), and the Pacific Mobility Scheme (PLS) are new initiatives to increase access to high-income work in Australia. Even with the time-bound work visas of two to three years under the PLS, the loss of experienced workers with post-secondary qualifications may cause Pacific employers to react unfavourably.

Pacific employers could also be upset about the loss of experienced APTC graduates with trade qualifications who decide to seek work in Australia and New Zealand. In Australia’s case, APTC graduates with trade qualifications in up to 16 occupations are also eligible for the medium-term stream (four years) of the Temporary Skilled Shortage (TSS) visa, which has a pathway to permanent residence. The loss of experienced skilled workers such as carpenters, chefs, diesel motor mechanics, electricians and plumbers will not be easy to replace due to the long lead time needed to train up a replacement.

It is vital the Australia’s new efforts to promote international labour mobility should not be seen as causing harm. Much thought has already gone in to the redesign of the APTC to promote labour mobility without increasing brain drain. As I discussed in an earlier blog, there will now be two APTC tracks: a home track including those sponsored by existing employers, and an away track, who will be given additional support to find work overseas. APTC is also committed to ensuring a net domestic skills gain.

The problem goes beyond APTC though. A system of simple indicators need to be developed and used by Pacific countries so they can monitor and report on the domestic and overseas demand for and supply of skills.

Australia and New Zealand have also made relevant commitments in the side agreement to PACER Plus called the Arrangement on Labour Mobility. These commitments include agreeing to strengthen the collection and harmonisation of labour market statistics in sending countries to improve labour market planning and to respond to the export of skilled labour. Also included in the agreement is a recognition of ‘the importance of further enhancing technical and vocational education and training (TVET) and other tertiary education programs that build the labour supply capacity to respond to domestic and regional labour market demand’.

A small number of indicators of skills in demand, based on simple and accessible measures, can provide a dynamic skills profile of each Pacific country. These measures can be derived for the most part from existing data sources such as the national census and administrative records. Also needed will be tracer surveys by education and training providers of graduates with post-school qualifications, as APTC does now.

The first indicator identifies a Pacific country’s national skills pool or skills profile. A good measure for this indicator is the proportion of workers with a post-secondary qualification in each skills-based occupation. The data for this measure can be taken from the national census, as nearly all Pacific countries code their census data on occupations using ILO’s International Standard Classification of Occupations (ISCO-08). The degree of detail collected in the census on post-school qualifications varies from country to country, so a more standard approach across the Pacific as to how they are identified is needed.

The second indicator shows the balance between domestic skills supply and employment demand for specific qualifications. The most relevant measure is the employment rate and wage level of graduates reported for each post-secondary qualification. Every education and training provider should be required and funded to conduct and report publicly on a tracer survey of their graduates. This information can be used by prospective students to make an informed decision on whether to take the course or not. Education and training providers should also use the information to adjust their own supply of graduates in response to the evidence of demand for a specific qualification.

The third, and most important, indicator refers to national skill shortages. One measure is information on the occupations of foreign workers granted a work or employment permit to work in the country. This information needs to be coded from work permit applications, using ISCO. Another data source that may be more accurate is information from the census on the occupations and qualifications of foreign citizens. A third measure of national skill shortages is the occupations listed in job advertisements in the print and radio media, and coded using ISCO. These measures need to be compared with each other to identify and further verify specific skills shortages.

A fourth indicator is the demand in Australia and New Zealand for migrants with post-school qualifications. Detailed data are available at regular intervals from Australian and New Zealand immigration authorities on the occupations of those granted temporary and permanent skilled work visas by nationality. In the case of migrants gaining access to New Zealand under the Pacific Category visa and Samoan Quota, a special request will need to be made to New Zealand authorities to collect information on the visa applicant’s occupation and to report on this, using ISCO occupation categories.

Provision of greater opportunities for international labour mobility has the potential to deliver major benefits for all in the Pacific, both sending and receiving countries. However, this will not be an automatic outcome, especially for small Pacific countries such as Tonga and Samoa, which already have among the highest skilled emigration rates in the world. Australia and New Zealand will need to work together with interested Pacific sending countries to coordinate and manage the supply of skills to respond to identified demand, both domestic and abroad.