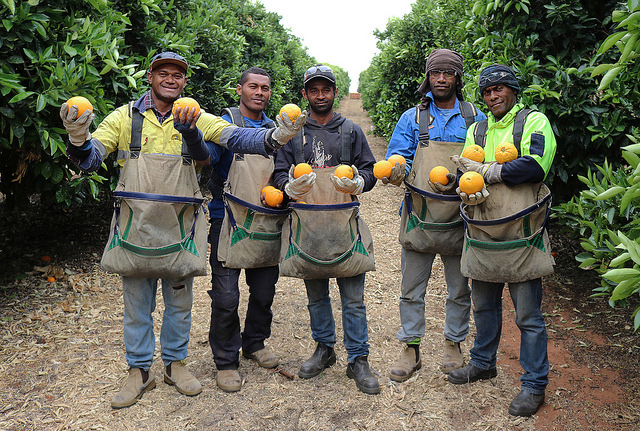 Labour mobility is already of huge importance to the Pacific, and opportunities are growing rapidly. The number of seasonal workers travelling each year for horticultural work under Australia’s Seasonal Worker Programme (SWP) and New Zealand’s Recognised Seasonal Employer (RSE) scheme increased from some 6,000 in 2008 to almost 20,000 last year. Current trends suggest that the number of seasonal workers visiting Australia and New Zealand may reach 50,000 by 2030. 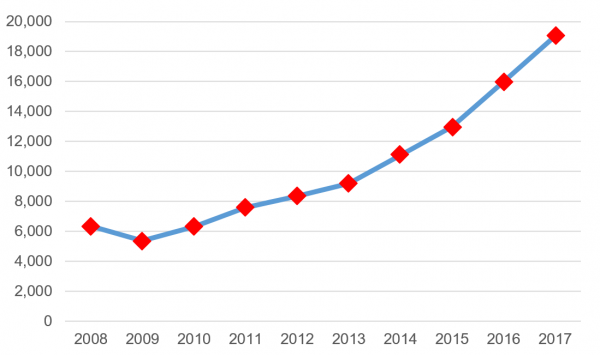 But no Pacific country can take labour mobility success for granted. There are five serious challenges to be overcome.

Second, Pacific nations compete with each other for seasonal work. Vanuatu, Tonga and Samoa between them currently take almost 90% of available places. Growth will provide opportunities for other countries, but competition for new places will be intense. At current trends, there might be an additional 30,000 seasonal work opportunities for the Pacific by 2030, but we estimate that there will be 140,000 workers across the Pacific competing for those additional slots if PNG is excluded, and over half a million if PNG is included.

Third, nationalism is on the rise worldwide. This could lead to a backlash in both Australia and New Zealand against Pacific migration schemes, which are gaining in profile. And it could discourage governments from relaxing limits on capped schemes.

Fourth, sending countries also have their concerns. Pacific politicians worry about declining domestic agricultural output, about workers returning too often, and about brain drain. Any or all of these worries could turn countries away from pursuing labour mobility opportunities.

Finally, longer term, perhaps the most serious competition for jobs will come not from other workers but from robots. Automation is sweeping our economies, and research is underway to replace farm workers with robots.

So, it’s a challenging, hyper-competitive world out there for any Pacific country wanting to grow its labour exports. What can sending countries do to maximise their chances? I again want to put forward a list of five things, this time five strategies.

First, Pacific islands need to make their voice heard in Australia and New Zealand, and use their new found strategic leverage (thanks, China) to back their demands. In Australia, Pacific countries need to lobby against a new agricultural visa and any further incentives for backpackers to work on farms. In New Zealand, they should push for a lifting or removal of the RSE cap.

Second, sending countries need to recognise that they are competing for access, and lift their game in terms of facilitation. What can the less successful learn from the more successful countries? Our research in this area is still a work in progress, but initial results suggest that it is government performance, not control, that matters. Indeed, too much government control can backfire. Employers want to connect directly with workers.

Third, as part of this, Pacific governments need to resource labour mobility. In some countries, it’s a major export business, and it needs to be treated as such. As numbers grow, government resources dedicated to promotion and especially facilitation need to increase, at home and in the major receiving markets.

Fourth, sending governments do need to combat the brain drain and encourage domestic investment, but in smart ways. For example, don’t limit the number of times workers can return for seasonal work, but do improve the investment climate so that they want to invest their earnings back home.

Finally, a strategy of diversification is the best way to minimise risks of automation. Australia’s Pacific Labour Scheme and New Zealand’s Pacific Trade Partnership are both new and small schemes now, but both offer promising labour mobility pathways in areas other than agriculture. And the Pacific should diversify geographically as well, with Pacific Trade and Invest rebranded Pacific Trade, Invest and Work and mandated to pursue new labour mobility opportunities for the region.

Labour mobility is perhaps the most significant new employment and foreign exchange opportunity for most Pacific island countries. But success cannot be taken for granted. Both the size of the future market, and the distribution of benefits are highly uncertain. Opportunities are limited relative to interest, and not all countries will emerge as winners. To succeed, countries will need to put in place and follow through on the correct strategies.

This blog is based on Stephen Howes’ presentation to the 2018 Pacific Labour Mobility Annual Meeting held in Honiara in October. Timor-Leste, though not a Pacific country, is a participant in Australia’s SWP, and is included in the analysis above.