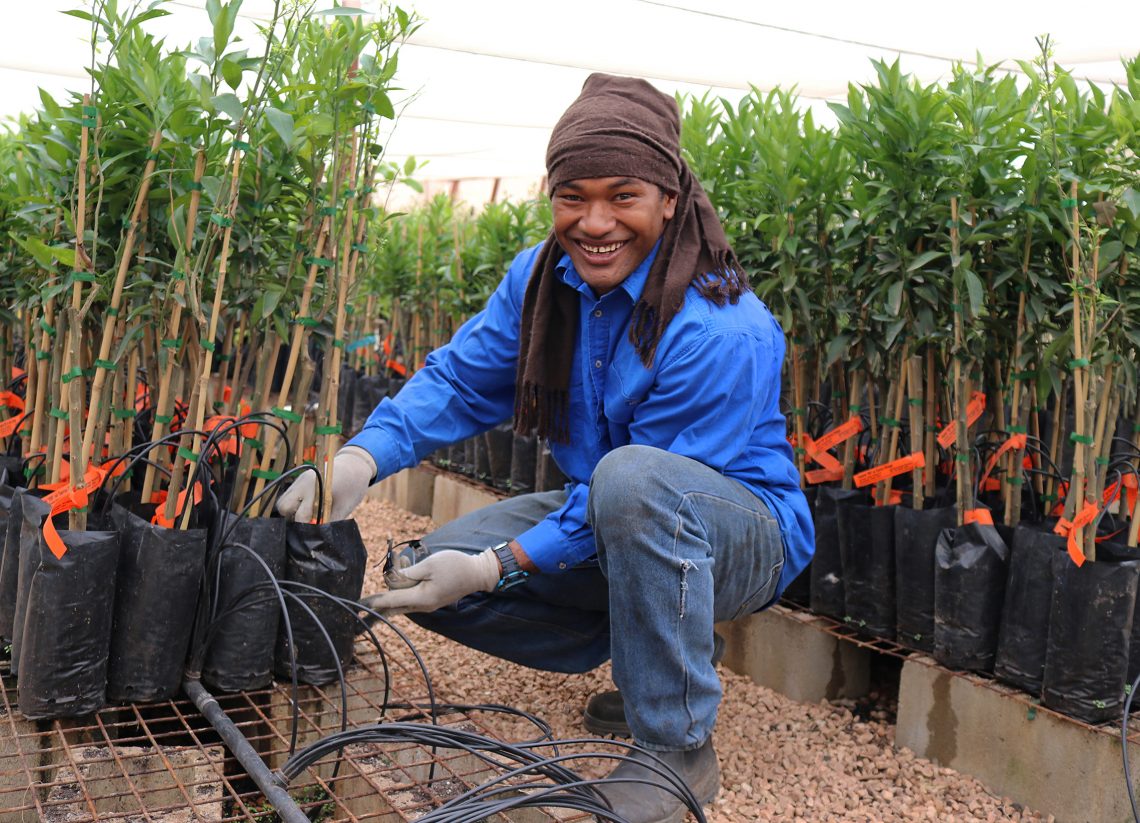 Recovering from COVID-19: a Pacific pathway

How can we emerge from the COVID-19 nightmare in a way that maximises benefits for Australia and our Pacific neighbours?

Aid will be necessary but will not be sufficient, and where needed, has to play a supportive role for other more effective initiatives. Unlike humanitarian disasters where aid is the main response, in a post-lockdown world a much more comprehensive and integrated strategy is needed than simply providing more aid.

Both strategies are already starting to be aired: see here and here. This blog focuses on the first strategy and aims to contribute to the emerging discussion by looking at international experience.

Bringing in seasonal workers has become a recognised response in the northern hemisphere to labour shortages in horticulture. Germany has allowed up to 80,000 migrant farm workers from Eastern Europe to enter the country to harvest fruit and vegetable crops in April and May. Workers fly in controlled groups and are subject to medical checks upon arrival. They then must live and work separately from other staff for two weeks and wear protective gear. The Financial Times (16 April) provides details of how farms in the United Kingdom and labour recruiters are using charter flights to bring in seasonal migrant workers for the spring and summer harvest. This has been done because the local supply of workers is not sufficient.

Three major United Kingdom agricultural labour providers launched a ‘Feed the Nation’ campaign on 20 March to recruit people already in the United Kingdom. More than 50,000 people applied to one provider as at the end of April, many of whom had lost employment due to the outbreak. But only some 6,000 opted to do the online interview. Of those offered jobs, only 150 accepted employment contracts.

The labour provider noted that the main barriers to people accepting the jobs have been that the candidate is unable to accept the length of contract, that the farm is too far away from their home, that they didn’t want to travel or commute, that their care responsibilities prevent full-time work, or that they only want to do part-time work.

The Canadian government has exempted up to 60,000 temporary foreign workers in agriculture, agri-food, seafood processing and other key industries, from the air travel restrictions put in place on 18 March. Industry sources say that some 4,600 were due to arrive mid-April after the travel restrictions were imposed. Some 8,000 more workers are expected by mid-June. Employers are responsible for ensuring that workers are free of COVID-19 symptoms before getting on the plane and enforcing self-isolation measures after arrival in Canada. In addition, the normally required, two-week recruitment period of the Labour Market Impact Assessment process will be waived for the next six months.

As ABARES agricultural labour force survey results show over one-third of peak seasonal jobs on vegetable, fruit, and nut farms in Australia were filled by overseas workers such as backpackers and international students. Some backpackers have remained in Australia, and a greater share of backpackers is presumably looking for hard work. Other backpackers have left, or will leave, and a new supply of backpackers will not be coming. We need evidence from the Harvest Trail Jobs Board on the number of domestic job seekers, and their take-up rate of jobs offered, to see whether the pattern of low domestic job uptake, evident from overseas, applies here. Seasonal Worker Programme (SWP) Approved Employers could collectively report on the findings of their own local labour market testing: this would be the best way to get an understanding of the need for more seasonal workers.

A special migration pathway will need to be created for SWP workers, based on health safeguards. A good idea of what the special arrangements required might look like can be gained from the Canadian government’s guidance for employers of temporary foreign workers regarding COVID-19. The focus of the guidelines is on how the workers’ period of initial isolation must be managed and can be found here.

Canadian employers have raised their concerns about the high cost of the requirement for workers to be in 14-days quarantine, before being allowed to work, while being paid for a minimum of 30 hours per week. In response, the Canadian government has announced they will pay farmers CA$1,500 per seasonal worker to defray this quarantine cost at a cost of CA$50 million. But fines have also been announced for employers not following COVID-19 guidelines.

One requirement for the special migration pathway is that nominated SWP workers should be tested. This means undergoing a test before departing their home country and having another test on arrival in Australia. These tests would need to be processed within a short period of time and undertaken on the spot by qualified health staff. These tests will need to be administered in reverse for the worker’s return trip. A system to keep track of workers’ records of testing and compliance, along with other health safeguards, will be needed. The system will need to operate across both the sending and receiving countries, similar to the My Health Record. Stricter medical screening would also be needed to exclude workers with heart and lung problems, and with diabetes.

Putting in place a special pathway for seasonal workers would not be easy. Feedback from a vegetable growers’ association in Canada shows that employers are bringing in seasonal workers but that their numbers are down on previous years. This is said to be due to problems in securing flights for the workers, the slow wait times for workers to secure visas, and the cost to employers of the 14-day quarantine (see also here). Nevertheless, and despite the difficulties involved, a special pathway for seasonal workers could be of real help both to Australian farmers and to Pacific economies and households.

Creation of a special pathway for seasonal workers would be dependent on partner country interest, but conceivably could embrace Australia, New Zealand and those Pacific Island countries that are interested, and pass eligibility requirements in terms of testing, infection rates, and transparency.