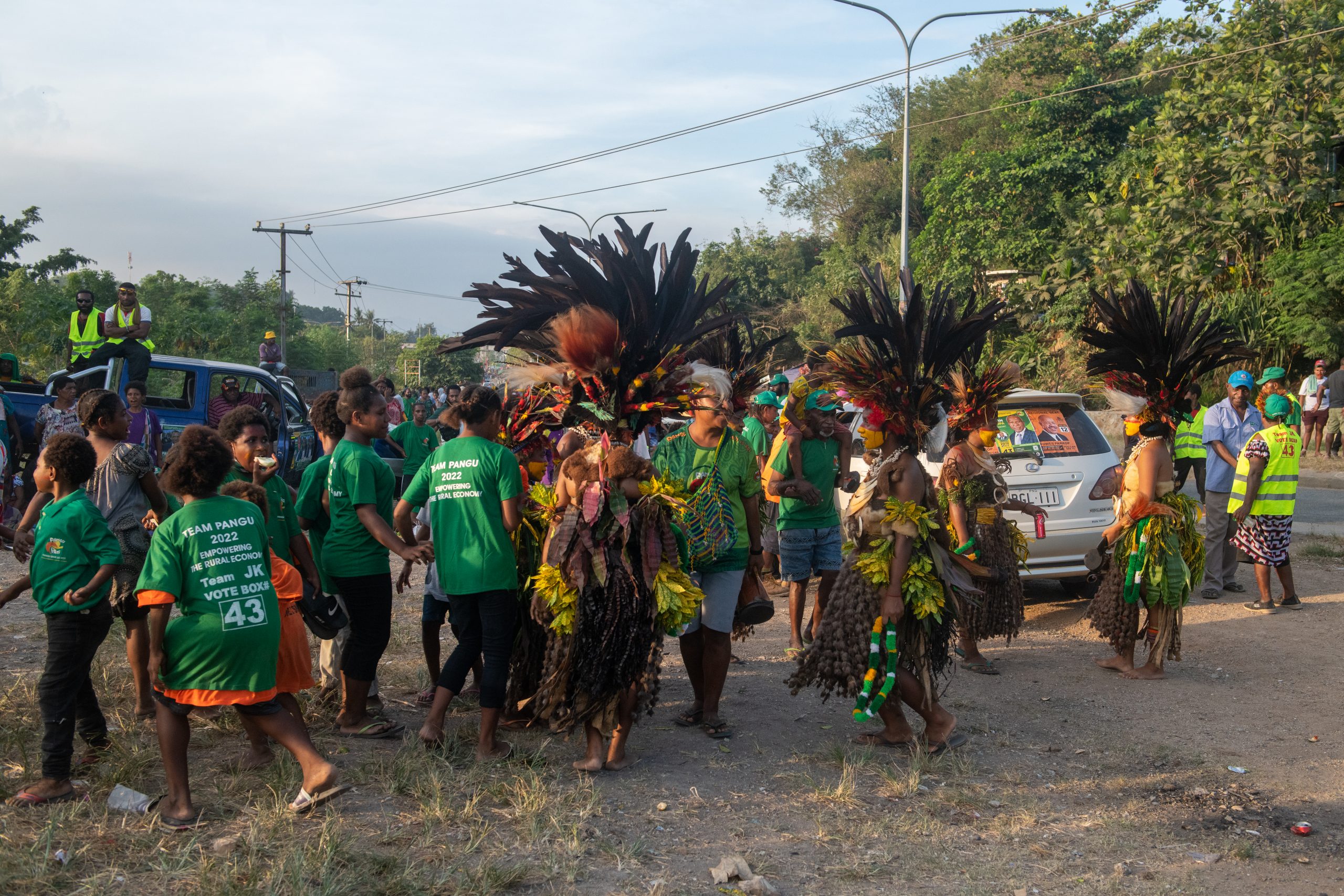 PANGU supporters gearing up for a campaign rally

Recent events in Porgera and Port Moresby have not helped Papua New Guinea’s international reputation for crime and danger. But living in the nation’s capital since May has shown me that there is far more to PNG than the headlines suggest. While PNG undoubtedly has its challenges, the warmth and diversity of its people, its rich culture, and the country’s natural beauty deserve much greater attention and credit than most people give.

The kindness of Papua New Guineans took no time at all to emerge. On my first day in Port Moresby, a new friend insisted on escorting me to numerous shops while I muddled through sorting out my SIM card and groceries. Strangers helped me navigate traffic creatively, security guards redirected me when I got lost, and schoolchildren beamed at me all across town. When I caught COVID-19, my friends checked in on me constantly and insisted on coming over to help me steam bath to recover, despite the clear health risks to themselves.

Many of the people I met seemed glad that I was getting to know PNG from the inside. Drivers, colleagues and staff in shops were overwhelmingly generous in sharing their time and experiences. They were also exceedingly patient in the face of my many questions about their customs, elections and everything else in between, as well as my attempts at speaking Pidgin. I was particularly happy to discover similarities between Papua New Guineans and myself, having grown up in Malaysia and Indonesia. A shared proclivity for foods like Pop Mie, mi goreng, Spam and corned beef, as well as similarities in the importance of family across our cultures, was a great comfort in a new place.

PNG’s natural beauty also struck me as soon as I arrived. The rolling hills and mountains with all their texture and folds present a huge contrast to Australia’s flat openness. Whether I was looking down at Moresby from Varirata National Park, walking the coastline near Lea Lea village, or watching the sun set from the top of Touaguba Hill, it was impossible not to be impressed by PNG’s geography.

Being in PNG during its elections was a highlight too. While campaign rallies in the city were relatively muted compared to previous years, the enormous number of campaign posters around the city, and the many PANGU and PNC t-shirts people were sporting on the streets, made the election visible at every turn.

Watching daily life adjust to election processes was also fascinating. Classes at universities and work activities around Port Moresby (and indeed the country) were cancelled repeatedly following delays with voting in the National Capital District, and the need for many to travel back to their villages to vote. Camps selling betelnut, food and drinks sprang up literally overnight around counting centres, with crowds gathering daily until they were ultimately dispersed by police, following the recent violence.

But while one quickly learns to adapt in the ‘land of the unexpected’, the challenges PNG faces are inescapable. I was in the Vision City mall just an hour before the worst electoral violence Port Moresby has seen erupted outside, next to the Sir John Guise Stadium counting centre. And as I was heading to the airport to return to Australia the next day, we narrowly avoided driving head on into a fight at the Waigani Drive traffic lights, as clashes spread across the city.

Such incidents are unprecedented in Port Moresby, and so were shocking not just for me but for the people of the city too. Yet I was incredibly fortunate in having safe housing, security and a vehicle as an expatriate – all luxuries beyond the reach of many Papua New Guineans. I still find it impossible to reconcile these confronting inequalities.

On a smaller scale, two weeks earlier, a policeman in downtown Port Moresby forcefully demanded that I let him into my vehicle and drive to the nearest police station, after I mistakenly turned into a one-way road. He then insisted I pay an unspecified fine (a bribe), before eventually giving up when no money was forthcoming. Many have endured far worse at the hands of the police, but the incident still terrified me at the time. It underscored the harsh reality of being unable to rely on the state in PNG.

A friend joked to me that I’d “have a real story to tell back home” after this run-in with the police. But while the reality of security in PNG can’t and shouldn’t be ignored, I came home with many more and better stories to tell of my time in PNG than this one. Judging PNG and its people only on its faults does serious injustice to the country as a whole.

There is still so much for me to learn about PNG, and certainly far more of the country to see. But I’m immensely grateful for the time I was able to spend there, and for the guidance and help of all the Papua New Guineans I was fortunate to meet. I already miss PNG greatly and can’t wait to go back.

The author’s position is funded with the support of the ANU-UPNG Partnership, an initiative of the PNG-Australia Partnership, funded by the Department of Foreign Affairs and Trade. The views are those of the author only.

Alyssa Leng
Alyssa Leng is a research officer at the Development Policy Centre, working on the Papua New Guinea economy.