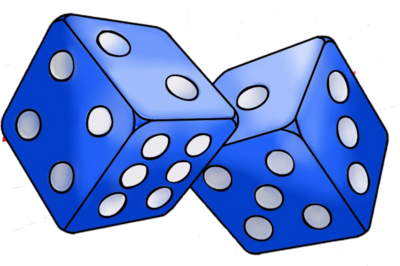 Reflections on the new aid paradigm, part 4: aid in hazard

While development research aims at innovation, and so carries risk, few political or bureaucratic careers have foundered because somebody funded fruitless research. A more hazardous form of innovation involves investing non-trivial amounts of money, in pursuit of handsome returns, in projects that have a high probability of visible failure. This is normally the territory of venture capitalists, but it’s territory that a number of bilateral aid donors, seeking development returns rather than profits, have claimed to want to enter in recent years.

Now the Australian government is embarking upon this kind of voyage. According to the new aid policy, the aid program will ‘actively engage with risk’ (Australian Aid, p. 30). Presumably this unhappy piece of prose means that the Department of Foreign Affairs and Trade (DFAT) will consciously take risks, and not only in connection with minor support for small business ventures. That statement is not easy to believe. Bilateral donor agencies and the ministers they serve are not known for their courage in the face of bad press about the aid program. And, when things go wrong, the average journalist does not say, ‘oh well; nothing ventured, nothing gained’. Supporting innovation via multiple, small, distributed grants for microenterprises or obscure medical and agricultural research activities is one thing; supporting it writ large is another.

But still, the government’s articulation of a higher appetite for risk should be welcomed, along with the announcement that there is a special allocation of money for DFAT to place in harm’s way. An amount of $140 million over four years will be allocated ‘to identify, evaluate and help scale up innovations with high potential to generate significant development results’ (Australian Aid, p. 3).

Some of this innovation funding (we don’t know how much) will be used to meet costs associated with becoming a founding partner in a plurilateral initiative, Global Development Innovation Ventures, which builds upon the existing, US-funded Development Innovation Ventures program. The UK is contributing £50 million over five years. It is not easy to discover how much USAID will be putting in or even how much it spends per annum on the existing DIV program, but the latter amount is said to be $US25 million in 2014-15. A commensurate and meaningful contribution by Australia might be in the range $20-30 million over four years; an acceptable minimum contribution would likely be $10-20 million.

The government’s decision to join GDIV (albeit with earmarking of funds for the ‘Indo-Pacific’) is to be supported on two grounds. First, the initiative itself appears well constructed and likely to be well governed. Second, joining forces with other countries—as Australia has previously done in the case of the US-initiated All Children Reading ‘grand challenge for development’—is far better than establishing a closed-shop Australian grand challenge program along Canadian lines. Bilateral challenge programs for international development, seeking innovative solutions to social and economic development problems, have proliferated in recent years. Each has established its own, quite complex, administrative infrastructure, most have distributed small grants rather widely, and some have undermined their own viability by operating in excessively small ponds. A collective, catholic and properly-resourced approach to the identification and funding of promising initiatives, as exemplified by GDIV, is more efficient and likely to have greater impact.

It looks like there is at least $100 million—$25 million per year—left within the innovation allocation for purposes other than GDIV. What might those purposes be? First, according to foreign minister Julie Bishop’s June 2014 Press Club speech (but not, oddly, the policy document that she was launching):

Within DFAT we will establish a new Development Innovation Hub to drive increased innovation throughout Australia’s aid program … The Innovation Hub will have a mandate to reach out to the best and brightest … to make sure we are bringing into our Department ideas and approaches to development from leading innovators.

And second, according to the aid policy document itself:

Other [non-GDIV] initial investments will establish and deepen partnerships to unlock new sources of financing for priority development projects in Australia’s region. This will include partnerships to address constraints to private sector investment, such as funding for early stage project development, assistance with arranging private debt and equity, as well as guarantees and insurance to offset risks. (p. 3)

In reality, DFAT doesn’t need a new innovation hub; it needs to be aware of existing instances of innovation, including those already supported by Australian aid (for example, the G20-blessed AgResults ‘pull’ financing initiative, or bilateral output-based aid programs in water supply and sanitation), and ready to adopt or expand them. DFAT already has a body that surely should be, or become, responsible for monitoring innovations in development and directing DFAT toward the most promising initiatives—and that is its Office of Development Effectiveness (ODE). Better strengthen that office than command a platoon of public servants, even temporary imports, to innovate. Public service  ‘innovation units’ do not have a strong track record of delivering tangible outputs. They usually struggle with the fact that they do not control real money (Empowering Change: Fostering Innovation in the Australian Public Service, p. 32). Neither does ODE, but it does have some gatekeeping power associated with its role in assuring program quality and, at least in theory, some capacity to lodge quasi-independent criticism when innovation is notably absent.

Notwithstanding that the ‘best and brightest’ do not come cheap, the innovation hub is unlikely to be a large consumer of funding if it is in fact established as a new, stand-alone unit within DFAT. It is difficult to imagine that it could eat more than one or two million dollars per year (and even that would be excessive by comparison with the likely costs of expanding ODE’s role in this area.) So there is still probably well over $90 million in the innovation allocation available for other things which, by elimination, must answer to Julie Bishop’s second objective above: financing to leverage private investment in innovative business ventures.

While little has so far been said about how the government might actually leverage private investment in development, there are two main options. The first, mentioned by DFAT officials at recent Senate Estimates hearings and also in a recent post on this blog, is to invest in what is something of a fad at present: ‘impact’ bonds. Social impact or social benefit bonds, as they have been called in developed countries, or development impact bonds as they have more recently been called in the international development context, are complicated instruments that combine expenditure front-loading (à la the International Finance Facility for Immunisation, IFFIm) with payment-for-performance, so as to hit current development problems with a sledgehammer and avoid much larger future costs. Bond yields depend on the development outcomes achieved, meaning that risk is shared between public and private actors, unlike in the case of IFFIm. Perhaps development impact bonds will find their place, but there seems little value in the Australian aid program’s sinking money into them at a time when plenty of experiments are already in progress around the world, and few results are in.

The other main option for leveraging private investment in development, with the $90 million or so that might be on the table, is more prosaic: supporting business innovations likely to deliver pro-poor outcomes. This was the objective of the Howard government’s Enterprise Challenge Fund for the Pacific and Southeast Asia, whose pilot phase ended in October 2013 after six years. That fund disbursed on average only $3.5 million per year, and not all of it for investments that could be described as innovative. At more than $20 million per annum, a successor mechanism to support innovative business ventures in our region would be a major step up. If it were in fact large enough to consume a substantial proportion of the available $90 million, and given that a long-running pilot existed, any new such mechanism should be given very clear objectives and carefully formulated, with public opportunities for input at the design stage. Among other things, it should be integrated into country strategies (which GDIV, by design, cannot be); genuinely seek out innovation rather than merely compensating for shortness of money; and (as Margaret Callan and I have argued elsewhere) sharply differentiate between the approaches and instruments appropriate to stimulating local enterprise development, and those appropriate to stimulating behavioural change in multinational corporations.

In short, when it comes to the biggest part of the new funding allocation for innovation, support for pro-poor business innovation looks to be the main game, and an evolved form of the former Enterprise Challenge Fund for the Pacific and Southeast Asia looks the most appropriate mechanism. If such a mechanism were in fact to spend upward of $20 million per annum on high-risk, innovative business ventures with the potential for large development returns, and were to do so via quite concentrated investments within major country programs, that would look a lot like ‘actively engaging with risk’. It would be better, though, if DFAT’s risk appetite were not immediately suppressed, as it clearly will be, by the imposition of a benchmark that requires that 85 per cent of active projects be terrific in any given year, and that any project found to be in poor shape for 366 days running be cancelled. High-risk investments need time as much as they need money.

Robin Davies is Associate Director of the Development Policy Centre. This is the fourth in a six-part series of blogs examining the new aid policy, collected here.