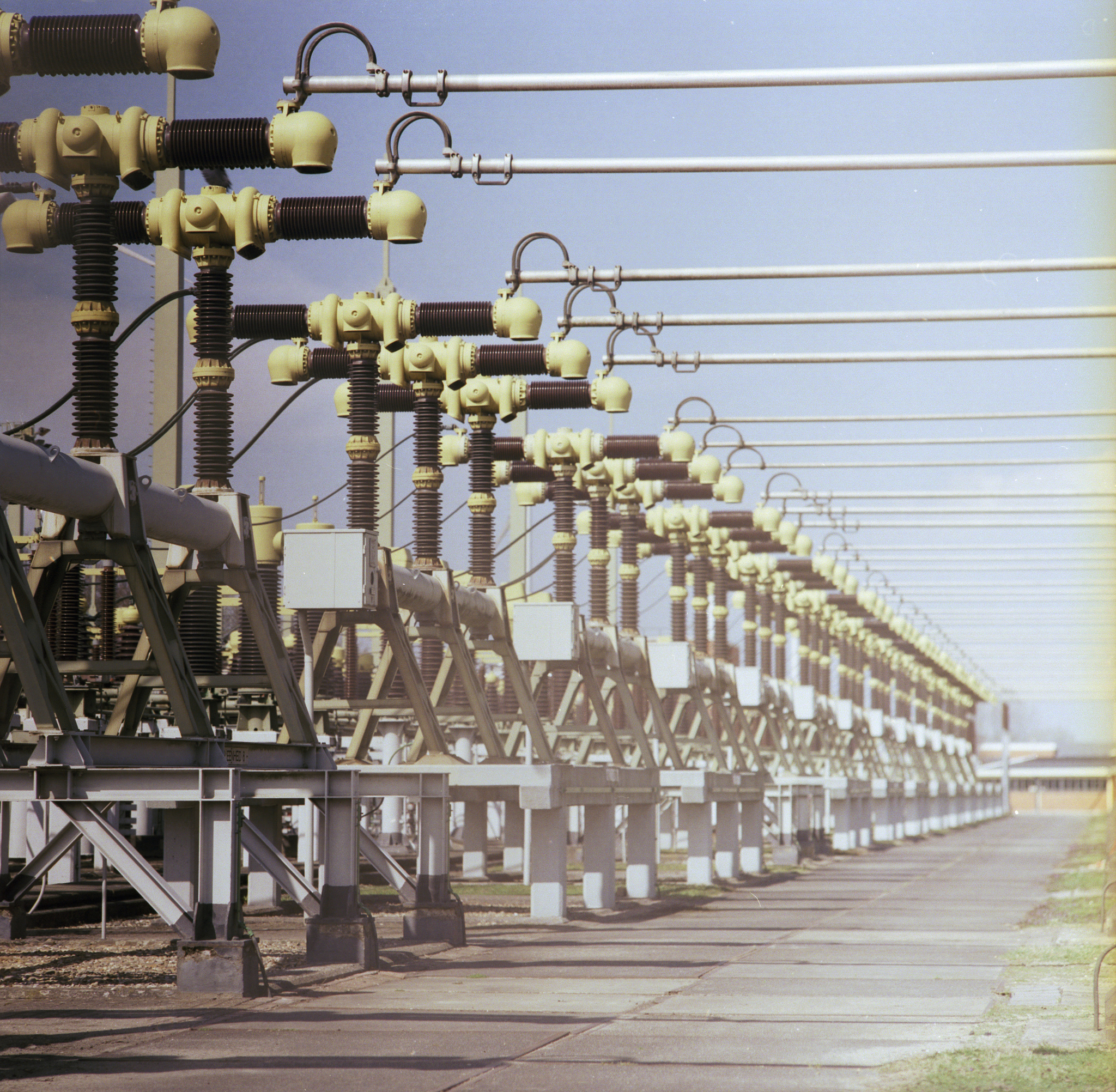 Small island states have led the world in establishing ambitious renewable energy targets over the last decade. This has made the electricity sector a dynamic sector in small island economies, with considerable investment in new generation capacity, much of it donor-funded.

Achievement of renewable energy targets has been one objective on which reform of the power sector has been advocated in recent years, as I detail in a recent chapter published in the Handbook of Small States. These reforms draw on what is considered international ‘best practice’ and follow on from an earlier and quite different set of reforms aimed at liberalising the sector.

The first wave of reform, in the 1980s, achieved mixed success globally. The introduction of competition and private sector involvement in a traditionally state-dominated sector was advocated for on efficiency and performance grounds and in light of the poor performance and reach of state-owned utilities.

A second, more recent, wave of reform has instead focused on regulatory oversight, mainly to encourage new investment through appropriate pricing in the sector. ‘Best practice’ in this second wave of reform has been framed around independent price regulation — both in the case of retail and feed-in tariffs.

There has been ongoing debate regarding the appropriateness of such reforms in small island states, which face the dual challenges of small scale and isolation from other networks. Both attributes raise the cost of generation and make energy security (including the integration of renewable technologies) more complicated.

Historically, the power sectors of most small island states were developed as vertically integrated monopolies, as occurred across most of the world. In a majority of small island states, the state either controlled or had a share in this monopoly — this was seen as a means to achieve government objectives without the need for regulatory oversight.

The monopoly model worked reasonably well in small island states where governments were effective and corruption was limited, especially where governments had a stake in ownership. It worked less well where these conditions were not met. Many power utilities in the Pacific, for example, were obliged by political leaders to price electricity below its full cost, with the result that power utilities were placed under financial pressure and were unable to adequately maintain generation equipment and the network.

By design, the monopoly model of regulation did not attract investment from other parties. This has acted as a barrier to the expansion of access and explains why rates of access [pdf] to electricity are so low in some Pacific island countries [pdf]. The monopoly model has also acted as a barrier to renewable energy investment. This has taken on importance in recent years in the context of climate change discussions, with small island states establishing renewable energy targets that are among the most ambitious in the world.

It is in this context that a second wave of reform has been underway in many countries. The first wave of reforms aimed at liberalising the electricity sector had limited impact [pdf] in small island states — more limited than in other developing countries. Size is clearly important in determining whether liberalisation is appropriate: no country with less than 1,000 MW of installed capacity had established a wholesale market that featured competition.

The second wave of reform has had greater impact on the electricity sector of small island states. It has involved the establishment of appropriate pricing structures that are arms-length from government and has aimed to facilitate the entry of independent power producers (the monopsony model, in which independent power producers sell electricity to a dominant power utility, which distributes it to consumers). Efforts to expand renewable energy supply — often with reference to a response to climate change — have been used to justify many of these reforms.

This second wave of power reform is less problematic for small island states than the first. Economy of scale constraints to competition are less relevant in the monopsony model, central to which is a dominant power utility.

However, the monopsony model is not without its challenges. In order to function well, such a model requires independent regulation, to ensure that an adequate feed-in tariff is paid to independent power producers, that electricity prices charged to consumers reflect costs, and to provide a means of preventing the abuse of market power by the dominant utility (especially important where the utility is no longer controlled by government). Independent regulation has fixed costs, which potentially overwhelm the benefits of reform for the smallest networks — an issue of particular importance in microstates, or the smallest of the small island states (e.g. Nauru or Tuvalu, each with populations of 10,000).

A related challenge are the human resources necessary for regulation. Effective regulation requires staff with particular skillsets — lawyers, accountants, economists — and necessary expertise. Such skills and experience are in short supply in most small island states.

Effective independent regulation in small island states also faces challenges unrelated to resources. Regulatory capture, whereby an independent regulatory agency is too heavily influenced by the regulated entity, is a risk in any country. But it is especially likely in a small state where expertise in the sector is limited to a small number of people. In this context, personal relationships between experts are of increased importance, making confrontation between the regulator and regulated entity unlikely, no matter how warranted.

A number of approaches to addressing challenges associated with independent regulation in small island states have been proposed.

The first is regional regulation, or the pooling of resources for regulation, such as might occur with a regional regulatory agency. This may make regulation more economically feasible for small states, and addresses the challenge of establishing a truly independent regulatory body in small states. However, experience suggests that establishing such an agency is challenging (the best example being the Eastern Caribbean Regulatory Authority, or ECERA). A common problem has been the perceived lack of legitimacy of these organisations. The public attention electricity prices receive makes this deeply problematic. A related approach involving use of regulatory capacity in larger neighbouring metropolitan states is subject to the same issue.

A second approach has involved the establishment of a regulatory body responsible for regulation across multiple sectors. This model has clear advantages in terms of reducing the cost of regulation. It is increasingly used in the Pacific islands. In the case of electricity supply, multi-sector regulators have been given the power to regulate prices in Fiji (in 2002), Papua New Guinea (2002), Vanuatu (2007) and Samoa (2009). Multi-sector regulators also control electricity prices in a number of Caribbean states, including Jamaica and Trinidad & Tobago.

There are a range of such models. A multi-sector regulator could be large, as in the case of the Australian Competition and Consumer Commission, which incorporates the Australian Energy Regulator. But it could also be small, drawing on external expertise as required. In an extreme form, a multi-sector regulator could operate only as a secretariat for external commissioners, a model which would have the added value of reducing the risk of regulatory capture.

Such an approach might seem suited to small island states, but it too is not without flaws. External expertise is costly, and establishing sound contracts requires another set of specialised skills. Neither alternative comprehensively addresses the challenges of independent regulation for microstates (the smallest of the small island states, to which I would group countries like Niue, Tuvalu, Nauru).

There are other options. In some states, the traditional monopoly model has worked reasonably well, minimising the need for specialist regulatory expertise. Indeed, the push for independent regulation in small island states recently has come about due to a desire to attract private sector investment. Such investment may not be needed in microstates where the power utility is in a sound financial position or where foreign aid provides necessary funds. Where private sector investment is needed, there are also alternatives to independent regulation, such as regulation by contract, though for such options to work, a strong judicial system and confidence in government are needed.

What is clear is from this research is that there is no one regulatory structure best suited to enabling small island states to achieve their power sector ambitions: a range of different reforms and initiatives appropriate to different contexts is needed. Having said that, history shows that regulatory models advocated internationally will often not be appropriate in small island states.