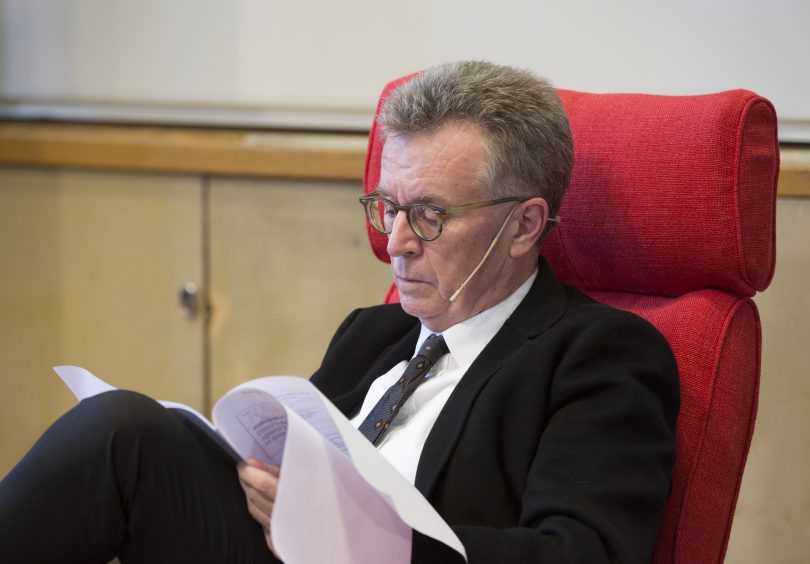 This is the second in a two-part tribute.

Trying to document Martin’s research contributions is a daunting task. The collected works of Martin Ravallion would run into several volumes. His prolificity as an author was of legendary proportions. Google Scholar has more than 800 listings for him. IDEAS RePEc lists 371 distinct works. Starting with his first published paper in 1979 in Urban Studies, this amounts to an average of nine works every year. Maintaining that average for 43 years is a feat that many may envy but few can rival. And this does not include at least equally numerous contributions to a wide range of research, policy and popular platforms and media outlets; for instance, VoxEU alone has 24 columns by Martin. The World Bank’s Policy Research Working Paper Series has 156 papers by Martin (the National Bureau of Economic Research (NBER) Working Paper Series has 34), though nearly all of them are also likely to have a published version.

I have had the chance to witness the nonstop writing marathons in action, somehow magically unfettered by Martin’s increasing administrative responsibilities. An unfinished draft, often a printed version, would be carried home where work on it would continue before Martin returned to work the next morning. On coauthored papers, it was not uncommon that Martin would send you a draft, and before you had the chance to go through it, the next revised version would follow, on occasion leaving you with the mildly frustrating task of having to compare your older half marked-up version with the new one you just received.

I have also seen many an example of what began as a comment quickly transform into a full-blown journal article. This reflected the quality of his typical comments, the rigour and depth of which often carried the potential of being developed into a paper – an opportunity that Martin was unlikely to miss. He wrote more and faster than most people could read. Yet he also read voraciously. The bibliography of his 2016 book, The Economics of Poverty, runs to 57 pages; with an average of 25 listings per page, that is 1,425 references! If quizzed, Martin would have readily told you the key point(s) of each one of them.

Martin’s work covered the spectrum from the local to the global. It spanned all continents, though the two most populous countries, China and India, were a special focus with numerous papers on both. Martin’s research methods ranged the full gamut from measurement tools to programming algorithms, econometric analysis, impact evaluation using observational and experimental data, and historical and philosophical analysis. For Martin, the research question at hand took precedence over the research method, and he was critical of the elevation of one particular research methodology as the gold standard, as for instance illustrated by his 2020 essay ‘Should the randomistas (continue to) rule?’ In this regard, he was in substantial agreement with the views of Angus Deaton and Jean Drèze.

The thematic scope of Martin’s work was also vast. The New Economics Papers (NEP) service of RePEc lists the fields for an author’s announced papers. For 144 of Martin’s announced papers in NEP, it lists 43 fields including: development; unemployment, inequality and poverty; China; transition economies; agricultural economics; post-Keynesian economics; South East Asia; business, economic and financial history; Africa; Central and Western Asia; economics of happiness; labour economics; history and philosophy of economics; public economics; experimental economics; health economics; international trade; and even open economy macroeconomics. Martin is also listed as a specialist in 14 of these fields. Specific insights from individual papers across these fields are too numerous to document in any brief of moderate length. The profession will continue to distil the wide range of these insights and their true import for a long time to come.

Above all, Martin was a development economist par excellence. A recent tribute describes him as “an exceptional poverty economist”. Martin would have likely quibbled with that – unless poverty and economics were viewed as in the opening quote from Max Hartwell on Martin’s website on the economics of poverty: “Economics is, in essence, the study of poverty.” Martin’s life’s work in many ways can be seen as an incessant demonstration of this aphorism. As Martin put it himself while introducing his website: “This website tries to help make poverty a central theme of economics. While economics is not sufficient for understanding and fighting poverty, it is necessary.” I believe this is what profoundly animated Martin. The indomitable energy, grit and intellectual discipline he brought to his work cannot be explained by a hunger for recognition.

There was a side to Martin that brief exchanges with him would fail to reveal. He generally maintained a tough exterior, had little time for sentimentality and suffered no fools, which together with his laconic (Aussie) sense of humour, often conveyed a sense of gruffness – apparently not your typical “nice guy”. But underneath this exterior, there was a gentler Martin that would reveal itself to those, myself included, who had more sustained interaction with him. For many of us, especially his junior colleagues and co-researchers, the generous, respectful and nurturing side of Martin was obvious as we were its direct beneficiaries. There were many acts of kindness and gestures of warmth. And appearances to the contrary, he was not dismissive of substantive criticism, only the criticism had to pass the test of cogency.

The tough exterior, as one of our common friends pointed out, had however a functional role in that it allowed Martin, together with his intellectual prowess, to imprint a stamp of authority at the World Bank. Not many may know that when Martin joined the World Bank, the Development Economics Vice Presidency, the research arm of the World Bank, had no division with an explicit focus on poverty; in fact, Martin started at the Agricultural Policies Division. That a Poverty Analysis and Policy Division came into existence in 1991 (later renamed Poverty and Human Resources Division) was not unrelated to Martin’s foundational work on poverty and the potential research agenda on poverty that he was carving out.

The World Bank is a large institution with a diversity of views, motivations and ideological predilections. Shifting agenda and focus does not come easily or quickly. In such an environment, Martin had a big role in shaping poverty reduction as the prime unifying goal for the World Bank well before the twin goals of ending extreme poverty and shared prosperity were proposed and adopted in 2013. Indeed, being the big force behind this shift of focus on poverty may well be Martin’s most significant legacy for the World Bank. It may not have been achievable without a forceful and tough exterior.

Martin’s untimely demise on the eve of last Christmas marks an end to my professional and personal journey with him. Yet, it is a journey that will continue in another form. It is an immense personal loss for many, like myself, who had a substantial opportunity to work with him and whom he greatly influenced. More importantly, it is an immense loss for the profession of development economics. His passing is untimely because, even as he leaves behind a huge legacy, he was no way near done yet. In the final year of 2022 itself, he had written nine articles (four published journal articles, three NBER papers and two working papers). Though the work he has left behind will be cited for decades to come, he had a lot more to give. He never stopped.

One of his last tweets, posted less than three weeks before his passing, was “School closures during the pandemic may well have magnified the inequalities of opportunity in America”. Development economics has been left guessing what his next paper (or tweet) would have been on.

This is a two-part tribute to the economist Martin Ravallion, an edited version of this Monash CDES blog.

Gaurav Datt is Associate Professor with the Centre for Development Economics, Monash University. He has previously worked at the World Bank and the International Food Policy Research Institute.