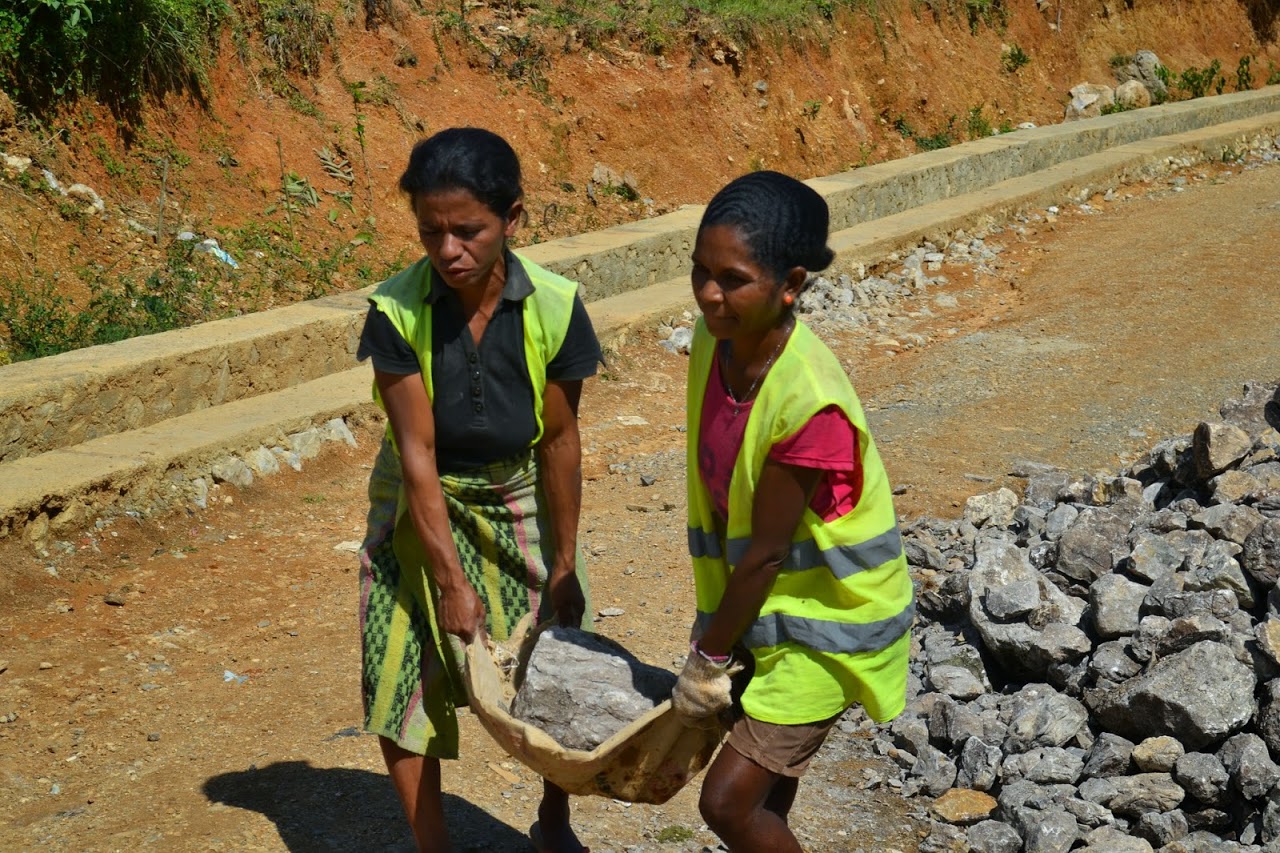 Women work on the Road for Development Programme in Timor-Leste; the improved road access for rural Timorese will hopefully bring economic benefits (ILO in Asia and the Pacific/Flickr/CC BY

Recent data show the surprise finding that remittances are Timor-Leste’s largest source of foreign revenue after oil and aid. More than USD 40 million was remitted to Timor-Leste in 2017, made up of over 85,000 individual payments. This means that labour services is Timor-Leste’s major export, more important than coffee exports (between USD 10 and 20 million a year) or revenue from tourism (estimated at USD 14 million in 2014).

The February 2018 Labour Market Outlook Timor-Leste was launched recently in Dili, and provides data on both the total and average value of remittances to Timor-Leste from all around the world. 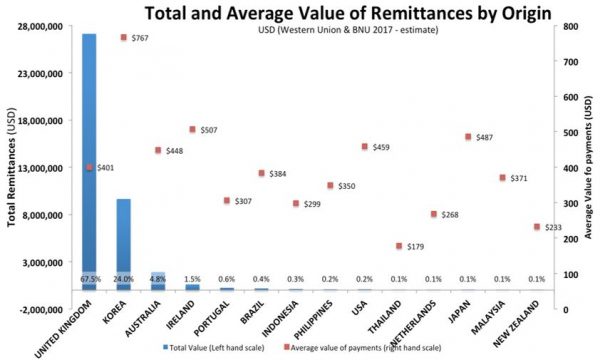 There are two types of labour mobility pathways available to Timor-Leste. One pathway is completely unmanaged with no government support at both ends of the pathway. The other pathway is highly managed with strict government controls imposed by both the sending and receiving country.

The unmanaged pathway contributes the largest share of remittances because of the greater numbers of migrants involved and the length of time they have been resident overseas. The majority of the amount remitted ($27 million) came from the UK. This large remittance inflow is from an estimated 16,000-19,000 Timorese residents in the UK on Portuguese passports, predominantly working in meat factories, warehouses and cleaning jobs.

This migration pathway is all but invisible because it is self-funded and supported by family ties overseas, without any government support. It is a pathway made possible because all Timorese born before Timor-Leste’s independence in May 2002 are eligible for a Portuguese passport, which provides open access to the EU. As Ann Wigglesworth and Abel Boavida dos Santos have pointed out in their presentation to the 2017 Australasian Aid Conference, the scale of this migration demonstrates a strong demand among Timorese households to invest in funding the cost of one or more of their members to migrate overseas for paid work.

The managed pathway of migration for work to Korea and Australia accounted for 29 per cent of remittances in 2017. These remittances data do not include the savings brought home in-hand by migrants. This applies especially to seasonal workers on short-term work in Australia who face high transfer costs for sending money through the banking system.

The three source countries for remittances account for 96 percent of all remittances. Government and donor support to facilitate both types of pathways are likely to yield considerable benefit for domestic households and the national economy. However, the export of labour services is not seen by the Government of Timor-Leste as a major source of foreign revenue, and is overlooked completely in the World Bank’s latest economic assessment.

Timor-Leste’s estimated population in 2018 is 1.3 million. Young people aged 15 to 29 years account for over half (54 per cent) of the working age population (15 to 64 years). Jobs in the domestic labour market are scarce, with no growth in jobs in Dili between two Enterprise and Skills Surveys in 2016 and 2017.

Opportunities to work in the UK may fall off for newcomers after Brexit. However, work may still be available in the Republic of Ireland and perhaps in Northern Ireland, depending on how the issue of free movement over the border is settled. Britain may also set up, post-Brexit, a special program for low-skilled migrants for specific jobs and regions, similar to the Australian Seasonal Worker Programme (SWP).

The South Korea Employment Permit System, offering low-skilled temporary work, provides jobs from three to just short of five years for between 100 and 500 Timorese each year to 2017.

According to the Labour Market Outlook, remittances from South Korea and Australia have grown by about 22 per cent each year since 2015, to about USD 11.2 million in 2017, so in a declining domestic job market, seasonal work in Korea and Australia offer reliable sources of short and medium-term jobs for low-skilled Timorese job seekers.

Note: Remittances for 2017 reported in Labour Market Outlook Timor-Leste are based on an extrapolation of data for the full year from the two main conduits for remittance flows: BNU (Banco Nacional Ultramarino) and Western Union, for the period January-July 2017.

The data in this blog has since been updated in another blog.