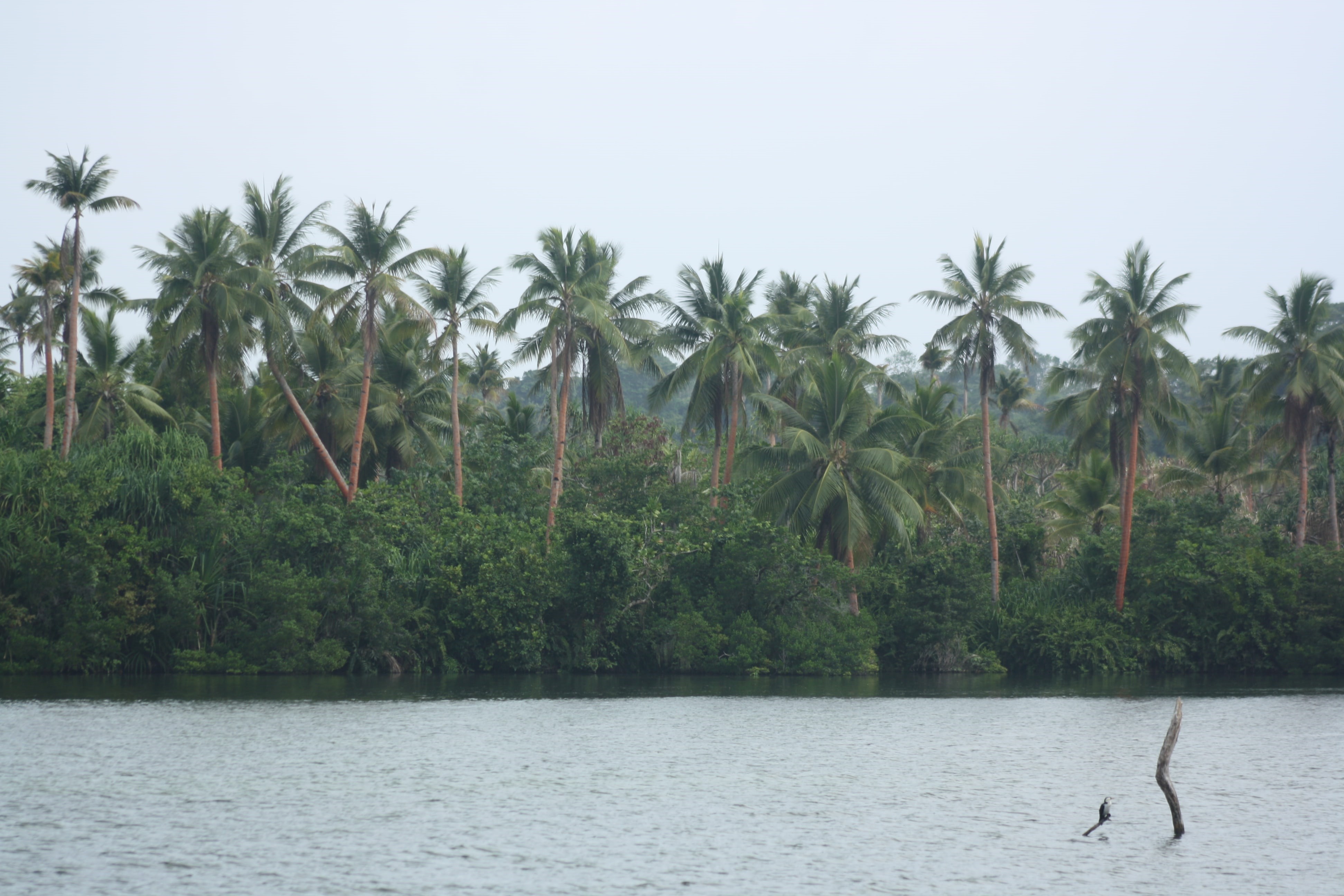 Rennell: an island of two halves

Rennell – the world’s largest raised coral island – is a small Polynesian outlier of Solomon Islands. With neighbouring Bellona, it forms tiny Rennell and Bellona Province, population approximately 3,000. Rennell is an island divided. The western side of the island has seen extensive logging since 2006, and more recent, and highly controversial, bauxite mining. This extractive activity, and its various and often opaque enabling arrangements, has caused extensive divisions within the Rennellese population, both on-island and in Honiara. West Rennell has become highly fractured. In contrast, pristine and unique East Rennell, dominated by the largest insular lake in the Pacific islands, Lake Tegano, is a UNESCO world heritage area – but locals just aren’t benefiting from the listing.

Bauxite mining in West Rennell has proceeded amid a convoluted series of decisions and overturned decisions at both national and provincial level, turbulence within the largely Honiara-based political provincial government, and court battles. The mining process itself is relatively low-tech: excavating material – reportedly often from prime garden areas and sometimes without the promised replacement of top soil (Hughes and Tuhanuku, 2015) – and shipping offshore for processing. Combined with continued logging, the landscape in West Rennell is changing dramatically. A relatively recent report noted that the “commercial players have been making their own rules and getting away with it” (ibid, p. 10).

Meanwhile, life is very different for the 1,200 or so people living in East Rennell’s four villages around Lake Tegano. The lake is connected by road to the provincial capital, Tingoa, in West Rennell, although travel is difficult and enormously expensive. In late 2015 mobile coverage was absent. Locals are barely connected.

East Rennell was listed by UNESCO as a world heritage site in 1998. It is one of only seven such sites in the Pacific islands. The official citation noted the importance of East Rennell as a stepping stone in the migration and evolution of species in the Western Pacific, and its importance as a site for the study of island biogeography being ‘a true natural laboratory for scientific study’. At the time, East Rennell was the first heritage site inscribed based on natural criteria that was under customary ownership and management. The area – dominated by Lake Tegano – is stunning. The lake (86 kilometres long and 15 kilometres wide at its broadest) is surrounded by dense 20 metre canopy rainforest. Wildlife includes 43 bird species (four are endemic), 11 bat species (one endemic), and an endemic sea snake. The remains of scuttled World War II American Catalina flying boats are in the lake. 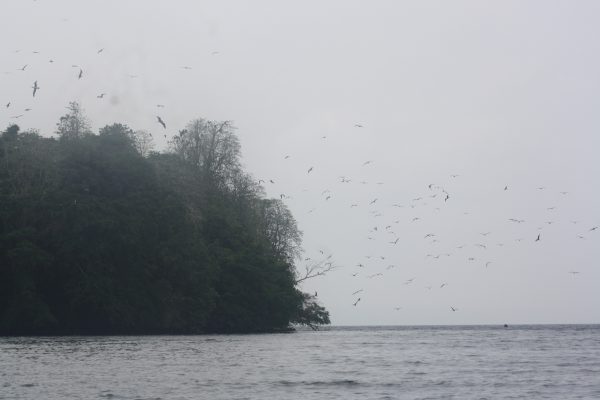 Efforts to enshrine protection for East Rennell have not been completed. Solomon Islands passed the Protected Areas Act in 2010, but this hasn’t been applied to East Rennell. A provincial level ordinance was also drafted in 2009, but was not passed. Ultimately, East Rennell is self-managed by the area’s customary landowners.

New Zealand, through its aid programme, supported some of the work ahead of listing in 1998. At the time, prior to the Tensions, East Rennell was thought to have considerable potential for tourism – with the New Zealand Government subsequently supporting some small-scale eco-tourism initiatives until 2000 (Smith, 2011). Today, it is clear that the originally-hoped for tourists just did not arrive. Indeed, tourism has remained a trickle; stymied by the Tensions, remoteness, and extremely high travel costs. Subsequent livelihood projects funded by donors and NGOs have also largely failed (ibid). East Rennell remains on the periphery of the Solomon Islands, arguably the Pacific. At the time of listing, as Anita Smith writes, East Rennell landowners “considered that they were entering a contract for which they expected returns to support their livelihoods” (2011, p. 592). However, these returns have just not accrued.

In 2013 UNESCO moved East Rennell onto its ‘World Heritage in Danger’ list. Official documentation noted that (West Rennell) logging threatened the outstanding natural value of East Rennell. Other cited threats included: (i) invasive species (the black rat has recently been introduced to Rennell; probably from logging barges); (ii) over exploitation of coconut crabs (an important subsistence and cash resource for East Rennellese) and other marine resources; (iii) climate change (salinity levels in the brackish Lake Tegano are reportedly increasing); and (iv) the lack of legal protection (UNESCO, 2017). A 2017 UNESCO assessment also noted threats from (West Rennell) bauxite mining, commercial hunting, and the risk of Giant African Snail introduction (a significant imported pest impacting subsistence and cash gardens in and around Honiara especially).

In 2015 UNESCO, with support from the International Union for Conservation of Nature, developed a draft roadmap for the removal of East Rennell from the list of World Heritage in Danger. This roadmap specified a number of actions, including: (i) declaring East Rennell a protected area under the 2010 Act; (ii) sustainable forest management in West Rennell alongside research into ecosystem connections between West and East Rennell; (iii) the sustainable harvesting of coconut crab and other important marine resources; (iv) full assessments of invasive threats alongside biosecurity facilities; and (v), as noted by UNESCO as crucial, the development of alternative livelihoods projects in tourism, small business, and agriculture. UNESCO have proposed a timeframe of four years for achieving these roadmap actions (ibid) – although what might happen if this doesn’t occur is unclear. 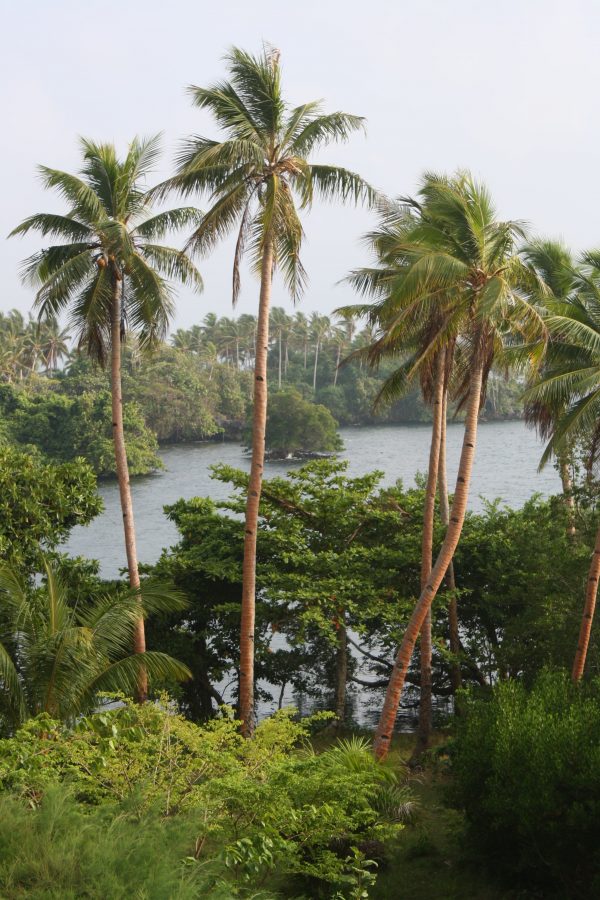 In March these roadmap actions were specified in a report of the conservation of East Rennell, as officially submitted by the Solomon Islands Government (SIG) to UNESCO. In September 2016, SIG also adopted a Cabinet paper noting the ‘in danger’ status of East Rennell and directing relevant SIG ministries to: (i) begin consultations with communities around East Rennell’s possible inclusion under the Protected Areas Act: (ii) upgrade the provincial airstrip at Tingoa and the cross-island road; and (iii) revoke/refuse logging licenses for any areas within the property (ibid). While this appears to be positive, further discussion between UNESCO, SIG, and other stakeholders was planned for June, but has been delayed. UNESCO’s awareness of the importance of livelihoods projects is probably correct, but realistically options are limited given East Rennell’s remoteness. Many livelihoods projects have failed before. Better transport connections, particularly an improved road, would likely help. Certainly, legal protection under the Protected Areas Act is important. However, SIG probably does not have the resources to achieve UNESCO’s roadmap alone. Additional support from development partners would be necessary. It is arguable that the New Zealand Government should be interested; having supported the work ahead of listing and having recently made the decision to target tourism as a focal area of support to Solomon Islands.

Solomon Islands – optimistic about tourism opportunities and growth prospects – needs to consider the true impact of East Rennell’s heritage status remaining at risk. East Rennell going the way of West Rennell may be unlikely, but currently East Rennellese are just not benefiting from what they see as their gift to the world. ‘What is the point of world heritage?’ remains a common refrain. For now, Rennell remains an island of two halves.

Luke Kiddle worked for the New Zealand Aid Programme from 2011–2015. He visited West and East Rennell in late 2015.

Luke Kiddle
Luke Kiddle teaches across human geography, development studies and environment studies at the School of Geography, Environment and Earth Sciences at Te Herenga Waka Victoria University of Wellington. He also works as a development practitioner, with past stints working for the New Zealand Aid Programme.